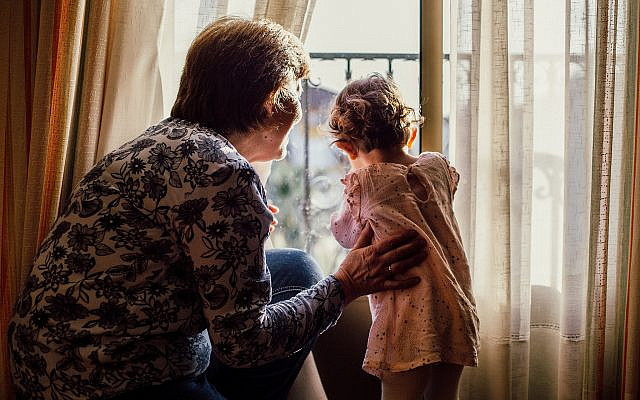 It’s heartbreaking for grandparents to be shut out of their grandchildren’s lives because of divorce.

In earlier generations the grandparents were partners in rearing their grandchildren and in many families today it is still the same. This is a setup that typically benefits the parents since any additional help with the children enables them to work longer hours with fewer pangs of conscience, since it’s family looking after their kids. Likewise, it’s a privilege for the grandparents to help their children save on childcare costs and be involved in raising precious grandchildren. As my mother-in-law always said, “The children are the whipped cream and the grandchildren are the cherry on top.” (Hard to explain this to a generation that doesn’t eat whipped cream with a luscious cherry on top).

So, what happens to grandparents when divorce rips a family apart?

There are extensive discussions of visitation arrangements for the parents. It is one of the four primary issues dealt with in a divorce agreement, which are: child custody, division of marital assets, support payments and the halachic GET (religious divorce.) These discussions include working out the details of who will be the primary caretaker and which days the other parent can visit. Or, as is more common in recent years, the details of the structure of shared custody.

But there is almost never any mention of grandpa and grandma. And indeed, there is no comprehensive provision in the law about the rights of the grandparents when their children divorce. Unfortunately, all too often as a consequence of the hostility in divorce, the grandparents are refused contact with their grandkids.

Such a case was presented in the Haifa Family Court. A set of grandparents complained that their ex son-in-law did not allow them to meet with their grandchildren after the unfortunate passing of their daughter – the children’s mother.

According to the claims of the grandparents, they were involved in raising the grandchildren (aged 4 and 2.5) while their daughter was alive. While she was fighting for her life they helped out with the kids and were involved in their daily care.

The father, who did not want his children to have any contact with his ex-in-laws, claimed they did not love and respect him and he suspected they would brainwash the grandchildren with negative comments against him. He also asserted that since the kids were so young, they would barely remember their grandparents.

The judge accessed a report from a social worker who had met with the parties. It stated that  there were deep hard feelings between the father and the maternal grandmother, notwithstanding, the judge declared that the law authorizes the court to intervene in the “autonomy” of the living parent on the pretense that, “the best interest of the child is to be in contact with his extended family.”

In her opinion, the case at hand warranted implementing this authority because it is taboo to impinge on the family history of the children. “After the mother passes on, it is not in the best interests of the children for us to bring about the detachment of an entire branch of the biological family,” she wrote. The judge requested that the parties put their grudges aside when it involves the grandchildren.

In closing, the judge ruled that the grandparents could renew their contact with the grandkids under specified conditions. The judge also referred the grandmother to grief counseling and elucidated that if she projects any criticism toward the father or gets the children involved in their personal row – the meetings will stop.

So, even though there are no statutory rights for grandparents when divorce rips a family apart, they may very well be awarded visitation rights with minor children. If they have been very involved in their grandchildren’s lives, it appears they may in fact be setting a precedent for continued involvement even after the parents’ divorce.

It is very encouraging for grandparents of kids from divorced families, to know that they may have some legal recourse if they find themselves being shut out of their precious one’s lives.

Jay Hait is an attorney with Hait Family Law  If you have any questions regarding divorce, child custody, child support, the two court systems in Israel or wills and estates, you can email Jay directly at jay.hait@orcheidin.co.il or call in Israel (077)200-8161 in the U.S. (201) 696 3947. Download one of Jay’s FREE E-Books Aging With Dignity or The 10 Commandments for People Considering Divorce