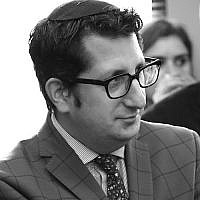 Today on International Holocaust Remembrance Day I offer this personal lesson that I learned from one survivor in particular, my dad, z”l. It is cross-posted from Thin Edge of the Wedge where it originally appeared. For more information about that free nonfiction Holocaust theater project visit www.ThinEdgeOfTheWedge.com

There are moments of shiva — the seven day mourning period Jewish tradition allows for close relatives — that stick with you, even so, many years later. One of those was when a very close friend remarked on my eulogy. This friend, who had known my father for decades, said to me ,“I didn’t realize your dad was a Holocaust survivor.”

Not realize? How was that possible?

Growing up the child of a survivor everything we did, every decision we made, had cosmic significance. Perhaps not quite every. It didn’t (usually) extend to what we ate for breakfast. But everything else? What brands of appliances we bought. Which airlines we flew. Where we went on vacation. How we read a newspaper, and sometimes even which newspapers we read. What news anchors we watched. Which rallies and demonstrations we went to. How we viewed politics, activism, and how we voted.

Every conversation we had, every choice we made silently, unconsciously filtered through the lens of a survivor and the lenses of history, justice, and of Never Again.

Somehow all of that burden escaped my friend’s notice. We talked about it as a family that day, and I have thought about it quite often.

To us, his family, my father was first and foremost a survivor of the Nazi’s Final Solution. It indeed weighed on his every decision, colored his entire worldview, and impacted all he did. That was the face we — his family — saw at all times. But to everyone else — everyone else who wasn’t a survivor or the family of a survivor themselves — he showed a different face.

The face of a proud immigrant, a determined small businessman, a dedicated parent, and a passionate Jew.

With that face he looked just like millions of other Americans.

The burden and the trauma that we saw each day he kept behind that public face.

There are many lessons we take today, International Holocaust Remembrance Day (January 27). Lessons of memory, of tolerance, and of calling out and confronting evil. One lesson we sometimes overlook is the strength of the survivors. They rebuilt lives often from nothing. They traveled across oceans and put down new roots on new continents, in new countries. They learned new languages, found jobs, and built new businesses, homes, and communities. They learned to live again and to love once more.

It’s worth our taking part of today to remember that quiet personal resolve and strength too. The resolve to Always Remember. The strength to endure despite the never-ending pain. The power of personal, private memory and all the choices it engenders. And the decision to put on a public face and be part of both community and country.

We owe much to our survivors and liberators. Let’s add this to the list of things we owe the survivors — the ability to face the world as they do. 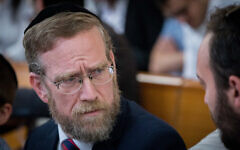