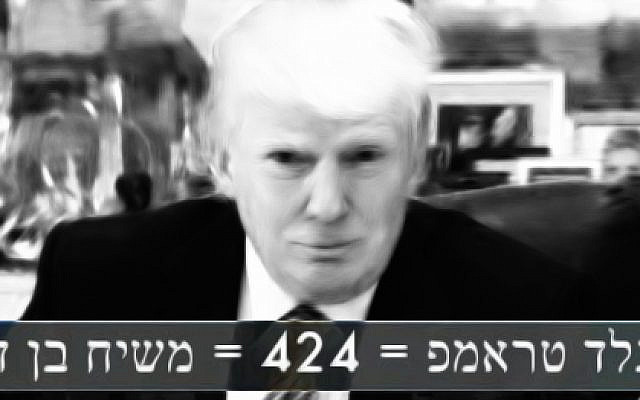 Welcome back to my blog on gematria, the merkabah and the birth of the alephbet. Today I’m going to explain to you what a pseudo-cipher is. I’ll be mentioning cover-ciphers too so if you don’t know what those are, it might be best to catch up with my previous blog entry: What is a cover-cipher.

A gematria system is a standardized system of mathematical notation and the conventions that apply to that system. A gematria pseudo-cipher is a cipher that lacks a fully fledged gematria system behind it. Typically there are no words or classes of words (nouns, verbs, adjectives etc) set aside to handle math notation (+, -, /, x, x2 etc).

Pseudo-ciphers are typically ciphers that have not been used by an author, but the cipher was invented to analyse a text anyway. For example, in 2009 Emery Moreira (Samuel K. Vincent) released a book called “The English Qabalah” which applied the table (below) to Aleister Crowley’s ‘Book of the Law’ (1904).

There are a great many of these “English Qabalah” ciphers about because Aleister Crowley included a riddle in his Book of the Law that required the use of gematria to solve it. Despite the fact that he left clues that the cipher was using the Standard Gematria cover-cipher, many people stepped forward to provide “solutions” using the pseudo-ciphers they created.[1]

It became fashionable in these occult circles to discuss gematria as a tool that could be used to find “frequencies” in a text, even if they were using the wrong cipher, and it was believed that if someone simply used enough pseudo-ciphers on a text they would crack it sooner or later (…”and anyway, it really wasn’t about that”…). As time went on and the cipher remained unsolved, some people suggested that the riddle in the Book of the Law was a test of the ego of anyone who claimed to have found the solution, and it came to be commonly believed that if you claimed to solve the riddle you were either delusional or wrong and probably both. Thus, when the riddle was finally solved 108 years after its creation, it was met with widespread skepticism in the Thelemic community… imagine a sound like a wet whoopie cushion and you have the picture.

These days the idea of “frequencies” has been revisited by the numerologists of the conspiracy community; these are people who believe that a shadowy global government elite are creating “bread and circuses” to control the masses and are engineering shootings, bombings, and mass media spectacles whose dates and participants are chosen because of their numerology. These conspiracy theorists aren’t looking for gematria sums in written texts. They are simply comparing sets of key-words connected with incidents in the news and then imagining their theories are correct when they find matches with a variety of pseudo-ciphers. Naturally none of these ciphers have any type of gematria system behind them. All the “work” of connecting the dots is done in their imaginations or that of their hapless leaders. These conspiracy groups play with a variety of common archetypes belonging to the subconscious mind, and some members use the practise of numerology to give them a feeling of control over their lives. When they can’t answer a question or would rather evade a line of reasoning they respond with numerology as their “proof”.

One of the most popular pseudo-ciphers is touted by the Gematrix calculator – which, despite there being a total lack of transliteration for any public or private hebrew cipher, calls it “Jewish Gematria“.

In actual fact, this cipher was first proposed by Heinrich Cornelius Agrippa (a Christian) in 1533 (De Occulta Philosopha) for the purposes of astrology.  There is no evidence that Agrippa ever used his own cipher. He seems to have created it simply because the Hebrew and Greek writing scripts had numerical value and he thought the Roman one ought to have one too. Nevertheless, this pseudo-cipher has been eagerly seized upon by conspiracy theory groups, particularly those of an anti-semitic character who are all to keen to kick the can of bad tropes and stereotypes to portray the feared “shadowy elites” as Jewish.

On the Qanon US site, they feature the Gematrix calculator on their pages, apparently with the full permission of the site owners. I wrote to the webmaster of Gematrix when I spotted that they were using iframes to run the Gematrix site inside the Qanon site but heard nothing back from them, so I must assume their complicity with the organisation. Recently Lindsay Beyerstein has coined the term “Numberwang” for Qanon’s nutty numerology.

Another user of the Agrippa pseudo-cipher is the conspiracy theorist Zachery Hubbard. It may look mad to devote yourself to numerology as a full time job, but Mr Hubbard is a smooth operator and just by his numerous book rankings he must be bringing in at least $600 a day from his efforts. Thus, whenever there is a mass shooting or a bombing anywhere in the world, Zach will be in front of his Youtube camera an hour later to “interpret” the numbers for his many followers. Ghoulish? Yes. Stupid? Unbelievably so. But apparently flogging numerology and calling it gematria is profitable as long as you make it super-easy for your audience to follow and you know how to run and maintain your own cult of personality.

Yet another pseudo-cipher is the so called “English Gematria” featured on the Gematrix site. This one numbers the Alphabet from A – Z in multiples of 6: A = 6, B = 12, C = 18 …until… Z = 156. There is no evidence that this cipher has ever been embedded in any written text. It was apparently based on a cipher used in the medieval period when the alphabet had 24 letters, but evidence for this original cipher is scant – amounting to a single example showing number equivalence in a poem. There’s nothing to suggest the original had a gematria system behind it, and even if there were, this cipher is not the same as the original – it is only based on it.

The last semi-pseudo-cipher is called “Simple Gematria” by Gematrix. Here they accidently  hit on a cipher that has been used. It’s basically A = 1, B = 2, until Z = 26 and it is used once in Aleister Crowley’s ‘Book of the Law’. You sometimes see it in children’s literature, and as I recall it was also used in a Sherlock Holmes story. It’s never had a fully fledged gematria system behind it but at least it has been used, which is more than I can say about the others.

Lastly, I should mention the Arabic gematria on my own Shematria Gematria Calculator. I coded a transposition of biblical gematria to the Arabic script to explore whether this may have been used in the Quran. However at the present time of writing I’ve found no evidence to suggest that Biblical Gematria was ever transposed to the Arabic script so we must deem this to be a pseudo-cipher too. Yet the other 3 ciphers in Shematria have been used in the Tanakh (Hebrew), the New Testament (Greek) and in the Book of the Law (English) so 3/4 aint bad.

Let’s recap. What have we learned? If it’s a cipher that’s never been actually embedded in text – then it’s a pseudo-cipher, especially if it has no gematria system behind it. Real gematria ciphers are ones that have actually been used and embedded in written texts, usually by multiple authors. They are keys that fit their locks and open doors of understanding – something that numerology and numerologists can never do.

That’s all for today but please stay tuned for more numerical honey in future episodes, and check out Shematria for some real gematria today. Also – please let me know if you find any interesting gematria that you believe we should add to our database. We’d love to hear from you.
—————————————————————————————————

[1]Crowley did not create a cipher for the book. He simply transliterated (in the Golden Dawn fashion) the standard cover-cipher and the biblical gematria cipher.
Golden Dawn transliteration: