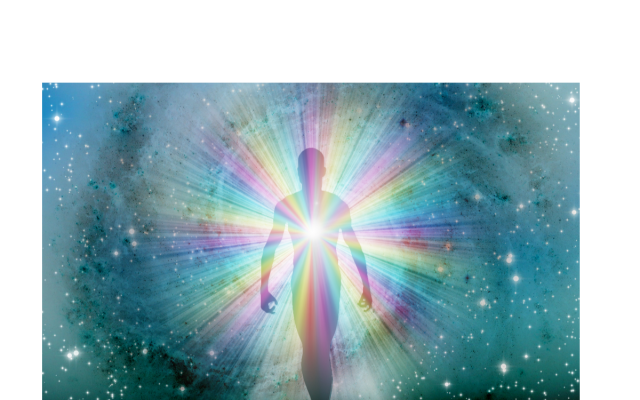 …[H]e who tries to cure the soul, wishing to improve the moral qualities, must have a knowledge of the soul in its totality and its parts… Maimonides[1]

In the previous essay, “What Is a Soul? II. Anatomy of the Soul,” we discussed five levels of the soul. In this essay, we will explore different kinds of souls. We start with the animal soul—Nefesh HaBahamit.

Maimonides opens his introduction to The Ethics of the Fathers with this statement:

Know that the human soul is one, but that it has many diversified activities. Some of these activities have, indeed, been called souls, which has given rise to the opinion that man has many souls, as was the belief of the physicians, with the result that the most distinguished of them states in the introduction of his book that there are three souls, the physical, the vital, and the psychical.[2]

While Maimonides lists three souls—the physical (tiv’it), the vital (chiyunit), and the psychical (nefoshit)—he believes them to be aspects of one soul—“Know that the human soul is one…”

Other Jewish sages, however, maintain that there is more than one soul. Indeed, Prophet Isaiah  states:

… for the spirit (ru’ach) that enwrappeth itself is from Me, and the souls (neshamot) which I have made. Isaiah 57:16

Whereas the word ru’ach (spirit) appears in this verse in the singular, referring to a single individual, the word neshamot (souls) appears in the plural, indicating that G‑d made at least two souls. From this, we learn that there must be more than one soul.[3] Indeed, in Kabbalah and Chasidic sources, we find references to at least two souls— Nefesh HaBahamit and Nefesh HaElokit—and, sometimes, more than two and as many as five.[4] In this essay, we shall discuss the many souls of man.

When we speak of a soul without any modifiers, we usually mean the Nefesh HaBahamit (“animal soul,” a.k.a. “animalistic soul” or “bestial soul”). According to Kabbalah, this soul is shared by all humans and animals.[5] It is viewed as the body’s life force.

We begin with this soul, because it is the first soul that enters a human body at birth.[6] However, it was the last soul received by Adam and Eve—the first humans in the biblical story of creation. Before the primordial sin, even the bodies of Adam and Eve were said to be spiritual,[7] created in the Tzelem Elokim (“Divine Image”).

And the Eternal G‑d made for Adam and for his wife garments of skins, and clothed them. Genesis 3:21

The Tzemach Tzedek[8] explains this verse as follows:

. . . the meaning of “He garbed them in garments of skin” is the body, meaning that after the sin it became a material body, unlike before the sin when it was a holy, refined, clean body, and called “garments of light.” The body was light, illuminating light like the neshamah (soul). The neshamah inside a body of light [and both of them are now] inside a body of flesh.[9]

Nefesh HaBahamit (the animal soul) is self-centered by nature. It gives life to the body and is behind all instincts for survival, procreation, avoidance of pain, and the seeking of pleasure. As such, while it is not intrinsically “bad,” it is not G‑d-centric but rather ego-centric.

Every soul possesses a full complement of ten sefirot (divine emanations)—Chokhmah (“Wisdom”), Binah (“Understanding”), Da’at (“Knowledge”), Chesed (“Love/Kindness,” desire to give), Gevurah (“Severity/Restriction/Might,” desire to receive), Tiferet (“Compassion/Beauty/Harmony”), Netzach (“Endurance/Eternity/Victory”), Hod (“Humility/Splendor/Thanksgiving”), Yesod (“Connection/Foundation”), and Malchut (“Kingship/Sovereignty,” female principle). The ten sefirot give rise to ten kochot hanefesh (“ten powers of the soul”). The seven lower sefirot—Chesed, Gevurah, Tiferet, Netzach, Hod, Yesod, and Malchut—are called midot—the emotional attributes. The midot of the animal soul collectively are called yetzer harah—the “evil inclination.”[10] The animal soul is not inherently bad;[11] it is neutral, except for its self-centeredness. So long as it motivates the person toward fulfilling natural needs to survive and procreate, the animal soul acts as the natural soul, Nefesh HaTiv’it (more on it later). However, when it motivates the person to indulge in worldly pleasures, when it encourages laziness, depression, and egoistic—never mine narcissistic—behavior, it becomes an impediment to the person’s spiritual growth and firmly takes a position in sitrah acharah (the “other side,” the side of evil).

This soul has only four levels:[12] nefesh, ru’ach, neshamah, and chayah. It does not have yechidah, the singular soul, which is latent and not revealed in Nefesh HaBahamit.

Nefesh HaBahamit is said to be vested in the left ventricle of the heart, from which it spreads through the body via the flow of blood[13]—the carrier of oxygen, other life-sustaining nutrients, and hormones that sustain the body and regulate our mood and emotions. Of course, this cannot be understood literally: the soul is not material and cannot be localized in any particular organ or place.[14] (For more on this, see my essay, “The Soul is in the Blood.”[15])

Nefesh HaBahamit primarily expresses itself in emotions, the midot—emotional attributes of divine emanations as they are reflected in the human soul.[16]

In some context, Nefesh HaBahamit refers to self.[17]

In the next installment, we will explore the godly soul—Nefesh Elokit.

[4] Kfir Shlomo cites many sources relevant to this subject in his answer on Mi Yodea, to the posted question, “Where do humans souls come from?” See https://judaism.stackexchange.com/questions/64411/where-do-human-souls-come-from. Many of these sources are used in the text that follows.

[5] The animal soul comes from kelipot (“husks” or “shells”). The animal soul comes from the four faces of cherubim in the vision of Ezekiel—the faces of a man, a lion, an ox, and an eagle (Ezekiel 1:10). Human souls come from the face of a man, souls of kosher animals come from the face of an ox, souls of non-kosher animals come from the lion’s face, and souls of birds come from the eagle’s face (Kitvei Arizal, Ta’amei HaMitzvot, parashat Vayikra). According to some, plants also possess the animal soul, which is called on this level the vegetational soul, nefesh tzomachat (the “soul of growth”). See Vilna Gaon’s Barak HaShachar commentary on Ecclesiastes, http://dafyomireview.com/article.php?docid=270, retrieved November 27, 2021. According to Kabbalah, when the vessels of the midot of Tohu “shattered” and “fell,” the souls of animals and the animal soul within man were brought into being from the shards of shattered vessels. According to some Kabbalah sources, the spiritual root of Nefesh HaBahamit is shemarei haofanim—“the dregs of the angels.” See Rabbi Joseph I. Schneersohn, Sefer Hama’amorim – Kuntreisim. See also Sefer HaSichos 5701, Shabbos Parshas Vayishlach At the Datetime Seuda, https://www.chabad.org/library/article_cdo/aid/3375920/jewish/Shabbos-Parshas-Vayishlach-At-the-Daytime-Seudah.htm, retrieved December 9, 2021.

[6] The Rabbis question whether the soul descends to earth at the moment of conception or after the embryo has been formed (Talmud, tr. Sanhedrin 90a; see also tr. Niddah 31a). It seems that the animal soul is attached to the embryo upon conception, but at that point, there is no body yet to allow the soul to fully garb itself within that body. Perhaps we can say that the vesting of the animal soul in the body begins with conception and ends at birth.

[8] Rabbi Menachem Mendel Schneersohn of Lubavitch, the Tzemach Tzedek (1789–1866), was the third Rebbe of Chabad Lubavitch.

[11] According to the Kabbalah, the Nefesh HaBahamit originates in the impure husks—kelipot. However, this soul can be redeemed and husks rectified when the person uses the energy of the animal soul to do good.

[12] See the previous installment—“The Anatomy of the Soul.”