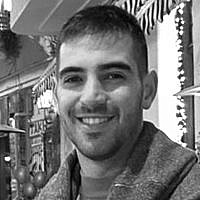 The Blogs
Ido Gadi Raz
Apply for a Blog
Advertisement
Please note that the posts on The Blogs are contributed by third parties. The opinions, facts and any media content in them are presented solely by the authors, and neither The Times of Israel nor its partners assume any responsibility for them. Please contact us in case of abuse. In case of abuse,
Report this post.

On August 26, 2021, the world was struck by the shocking images that came from Kabul International Airport. American planes leave the country while leaving tens of thousands of Afghan citizens disappointed on the ground, scared of the fact they will return home to live under the extremist Islamic regime of the Taliban. Those who did not miss the opportunity to add to the chaos and took advantage of the international exposure were the “Islamic State – Khorasan Province” (ISKP), which after repeated warnings, carried out a suicide bombing at an Abby gate in of the airport, killing more than 180 people, British, American, Afghans and more.

Many question marks were raised after the Taliban seized power in Kabul. Will the terrorist organization, which has previously ruled Afghanistan, pursue a different policy this time? Will women be banned from going to work? Will the Taliban impose strict chastity laws on the streets? How will he behave towards the minorities in the country which he perceives as infidels? And the most central question is, will the return of the Taliban make Afghanistan a safe haven for terrorist organizations, as it was before the Americans invaded?

Almost eight months have passed since those events. Russia has invaded Ukraine, a wave of terrorist attacks have hit Israel, and attention to the situation in Afghanistan seems to have diminished significantly. Admittedly, the denial of the problem, does not solve it, and the Afghan problem does not disappear anywhere, but only grows.

According to the Human Rights Watch in Afghanistan reports, over 95 percent of Afghanistan’s residents do not eat three meals a day, and 20 million Afghan citizens are unemployed. This absurd economic situation is caused by several reasons. First, the Taliban regime is not recognized by any country, hence support for the regime is minor, and amounts mainly to aid in food coming from Afghanistan’s neighbors. Of that, billions of dollars owned by Afghans lie frozen in US banks, at the behest of the Biden administration. It refuses to release the money, which will be perceived as economic aid and recognition of a terrorist organization, the one that still has links to al-Qaeda and was responsible for killing Americans.

And if that’s not enough, the head of the Taliban’s interior minister, Sirajuddin Haqqani, faces a $10 million reward from the FBI, after he was allegedly responsible for numerous attacks against Americans and Western forces. Haqqani heads the “Haqqani network”, a terrorist organization affiliated with the Taliban, and has links to ISIS, al-Qaeda, and the Pakistani intelligence agency.

In addition to the frozen funds, and the international problem, the Taliban also expelled many women from the labor market due to its “religious” bans along with supporters of the previous regime, banning girls from attending middle and high schools (in most places), causing an economic slowdown, and increasing the unemployment rate. The Taliban government recently announced that it has also banned drug trafficking, which if it takes place, is hurting the Afghan economy, ironically. This move by the Taliban is intended to raise the regime’s sympathy in the international arena, to gain recognition from as many countries as possible, which, as has been said, does not work too well.

Before talking about the growing threat from ISKP, let’s not forget the Taliban’s extremist stance. Since taking power over Afghanistan, there have been numerous reports of kidnappings, executions, and incarceration of many minorities in the country, including the Hazari Shiite population, the Salafi population, alongside anyone considered a supporter of the previous Ghani regime.

However, according to security estimates, the ISKP, which enjoys greater freedom of action than ever in Afghanistan especially since the Americans are no longer around and the Taliban’s fragile holding, continues to produce many attacks in Afghanistan. ISKP also exports lethal attacks to neighboring Pakistan while expanding its recruitment operations. Just in March, ISKP carried out two suicide bombings in Pakistan, one of which was during a Friday afternoon prayer at a Shiite Mosque that was carried out by an activist who had arrived from Afghanistan.

Al-Qaeda, which is still in Afghanistan, still maintains a low profile considering the Taliban’s request, which has pledged to break ties with them in the Doha agreement. But it is not inconceivable that at this time Al-Qaeda is intensifying, expanding, and planning the next terrorist attack on the West, which will take place at the right moment. According to intelligence estimates, its operatives numbered a few hundred, but as we all know, had previously demonstrated their ability to carry out complex attacks outside Afghanistan.

So why is the chaos in Afghanistan supposed to interest the world in general and Israel in particular?

Moreover, since the Taliban came to power, millions of refugees have crossed the border into Iran, and there is no doubt that these do not improve the economic situation in Iran. But any crisis is also an opportunity, and the Taliban, desperately thirsty for international recognition, creates a great opportunity for Iran to peg another point in the Middle East.

ISKP, whose number of operatives in Afghanistan has already risen to 4,000 according to the latest UN report, will be able to use relative freedom in Afghanistan to plan terrorist attacks in the West as well. Israel, which in recent weeks has suffered terrorist attacks ISIS could be the next target of the organization’s branch in Khorasan. In addition, the ‘Iranian arm’ that has been approaching Kabul since the Taliban came to power can operate quietly from Afghanistan, as far as it pleases, away from the eyes of the West.

About the Author
Ido is an IDF reserve officer and a BA student of Middle East Studies and Arabic at Bar Ilan University. He finished a one-year research internship at INSS focusing on terror in Southeast Asia and Suicide attacks. He is a young ambitious researcher, focusing on terror trends and Arab media.
Related Topics
Related Posts
Comments