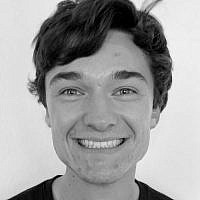 The Blogs
Sam Meyerson
Apply for a Blog
Please note that the posts on The Blogs are contributed by third parties. The opinions, facts and any media content in them are presented solely by the authors, and neither The Times of Israel nor its partners assume any responsibility for them. Please contact us in case of abuse. In case of abuse,
Report this post. 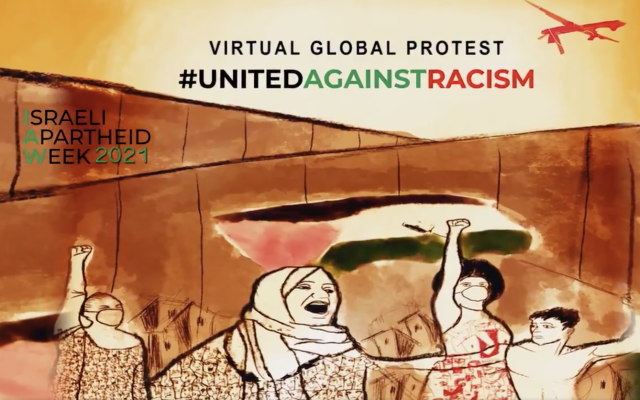 This week the Harvard Palestine Solidarity Committee (PSC) is hosting their annual Israeli Apartheid Week (IAW). Though it is billed as a celebration of human rights, Israeli Apartheid Week is nothing more than a thinly-veiled front for the Boycott, Divestment and Sanctions (BDS) Movement, which seeks to undermine the very existence of the Jewish state.

The three of us have spent years living, working, and studying in Israel, and we share close ties with friends and family who live there. We are proud believers in the Zionism articulated in Israel’s Declaration of Independence: namely, the vision of a Jewish and democratic state that ensures “complete equality of social and political rights to all its inhabitants irrespective of religion, race or sex” as well as “freedom of religion [and] conscience.” We long for a day in which Israel enjoys a warm peace with all neighboring countries, including a Palestinian state.

Unfortunately, many of the speakers during IAW would rather see a world without a Jewish state than a Middle East with peaceful coexistence between Jews and Palestinians.

One of the speakers featured during IAW is BDS co-founder Omar Barghouti. Barghouti has repeatedly rejected a two-state solution, which would create an independent Palestinian state next to Israel, ensuring self-determination for both peoples. Barghouti has also dismissed the historic ties of Jews to the Land of Israel, asserting repeatedly that Jews do not have a legitimate claim to the land. Finally, he has endorsed a particularly nasty form of historical revisionism that whitewashes completely the persecution faced by Jewish refugees from Arab nations. In an interview with Le Monde, Barghouti claimed: Jews “did not suffer in Arab countries. There were no pogroms. There was no persecution.” In reality, 850,000 Arab Jews were forced to flee violent antisemitism in the twentieth century. Not surprisingly, the vast majority found a safe haven in Israel.

Another featured speaker, Sa’ed Atshan, has a long record of anti-peace rhetoric. In a 2015 op-ed, Atshan called for an end to a Shalom Hartman Institute program promoting interfaith dialogue between Muslim and Jewish communities, disdainfully referring to it as “faithwashing.” Rather than encouraging religious leaders to engage with each other, Atshan maintained that coexistence programs between Muslims and Jews in Israel should be boycotted. For Atshan, as for the other anti-Israel speakers spotlighted by IAW, peace and coexistence is not the goal. Their goal is to undermine the Jewish state, even if it means driving a wedge between communities of faith.

Another IAW program promotes a modern-day blood libel that Israel is to blame for healthcare injustices in Palestine and the COVID-19 pandemic. Not only is this untrue, but it peddles in dangerous antisemitic conspiracies that have had historic repercussions of monumental proportions. The 1995 Oslo Accords signed by both Israeli and Palestinian leadership states that “powers and responsibilities in the sphere of Health in the West Bank and the Gaza Strip will be transferred to the Palestinian side, including the health insurance system.” Further, a Palestinian Authority health official was recently quoted saying: “We are working on our own to obtain the vaccine from a number of sources. We are not a department in the Israeli Defense Ministry. We have our own government and Ministry of Health, and they are making huge efforts to get the vaccine.” Even though the Oslo Accords placed healthcare responsibilities squarely on the shoulders of the PA — and even though the PA has formally refused Israel’s vaccination assistance — Israel has still vaccinated more than 50,000 Palestinians and has made a concerted effort to ensure that Israeli citizens of all backgrounds and religions have equal access to vaccines.

But what’s at stake here are not just some disingenuous and harmful claims that fly in the face of historical fact. At issue, rather, is the very idea that the Jewish people, as a nation, have a right to self-determination. Jews have endured millennia of pogroms, expulsions, and genocide. Today, miraculously, the Jewish people exercise sovereignty in their historic homeland for the first time after centuries of exile.

The BDS Movement — the organization orchestrating IAW — denies the Jewish people the right to sovereignty in any part of the Land of Israel. Certainly, a movement that aims to improve the living conditions of Palestinians, and to advance their own just cause of political self-determination, is a righteous one. But a movement that does so while denying those same basic rights to Jews is not.

Whenever a Jewish community in the diaspora has faced violent antisemitism, Israel has opened its doors. For many Holocaust survivors, refugees from Arab countries, Ethiopian Jews, and Soviet refuseniks, Israel became home in a way that no other country could. The existence of the Jewish state is the strongest guarantee that “never again” truly means “never again” for the Jewish people.

Our vision of Zionism has no place for bigotry, racism, or oppression towards Palestinians or any community. As Jews, we recognize the pain of statelessness and persecution, and we believe that our freedom will not be complete until Israel enjoys a just peace with all its neighbors, including the Palestinians. We support dialogue, peace-building, and coexistence. We long for a day when Jews, Palestinians, and their neighbors can live together in peace and harmony. But we know that if and when peace comes, it will come not because of, but in spite of, events like IAW.

About the Author
Sam Meyerson is a junior at Harvard College studying political science and economics. Sam is a leader in the Harvard Jewish Community, and serves as a member of the student board and as the VP of Community Relations at Harvard Hillel.
Related Topics
Related Posts
Comments