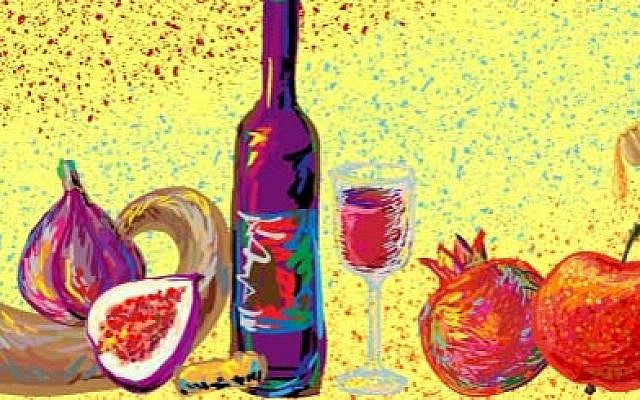 On the sixth day of creation, God made man — incidentally, according to the Bible, this human being was a man-woman creation joined at the hip — and the Bible describes this day as the “beginning” of God’s accomplishments in the world. Six days had already passed in which the heavens, planets, animals, and trees were created, and yet, only when the human being was made did God feel that things were finally starting to “Begin”.

(As an anecdote, here is an interesting thought. Philosopher Bertrand Russell has argued that there is no scientific or otherwise proof that can disprove the statement that “the world was created two days ago.” Our memories, this article, and everything around us would all be part of that creation. The trees would have many rings to show their apparent age, and older people would have wrinkles to indicate the many years they appear to have lived. The fact that our experience is so natural and real to us does not serve as logical proof that the world is any older than two days, frustrating as this argument may be.

Russell was, of course, only presenting an argument and another logically sound perspective. It is a valuable argument in illustrating the limitations of scientific proof for what is essentially a philosophical notion that the earth is (or is not) as old as it appears to be.)

According to our Holy Torah, the purpose of creation and the reason for the creation of everything else was only a prelude to the creation of the human race. The Bible says, when Adam proclaimed on that first Friday, “Let us all bow and prostrate before God who made us,” that is when “The Lord was King, he garbed himself in grandeur… he (finally) established the world.” The Universe was complete, and the Sabbath was ushered in.

This is the central theme of Rosh Hashanah: Coronating God as our King and us as His subjects.

The great mystics tell us that every 24 hours (day) is imbued with specific energies, which then repeat and renew themselves every year when this day is relived.

On Rosh Hashanah, the strength is already there (since it was established by Adam, the ancestors of all humankind) for us to reflect upon the very special role we human beings have in the grand scheme of the Universe. Everything in our world was both made to serve us as human beings and is dependent upon us as human beings.

God waits for us to recognize his sovereignty, and with that recognition, He works with us at our side as partners in creation (“God is your shadow”). This is our unique and extraordinary power and responsibility, the principal reason for creation.

When God made the world, He made all the planets in one command, all the animals in one gesture, and all the vegetation at one time. When it came to the creation of the human race, God made one person. The whole world, including God, looks to each person as if there is no one else to make that difference.

The human being is the only creature endowed with a mind to think of themselves and their lives in the third person —something a stone, tree, or animal cannot do.

Rosh Hashanah is a time to consider that we as human beings certainly did not make ourselves. The Universe, with its grandeur and intricacies, surely did not make itself. From where? by Who?  Something, somebody, designed it all and set it to motion.

Rosh Hashanah is the time of the year to think of our connection with the true source of all and re-establish our bonds with the intelligent and merciful God, just like Adam did on his first day of creation. Have we done things to sever our ties? Are there areas where we might strengthen our attachment to God? Have we invited the supreme sovereign of the Universe, who has all the power to do as he pleases, into our lives? Have we done so daily? Not a second can go by when we do not need God’s ever-watchful eye over us.

“As we begin the year, so it goes.” May we all merit the awareness of God upon us, all the time. This strengthened awareness will be our more profound and strengthened blessing, a new and broader channel to God through which we will have a blessed, sweet New Year.