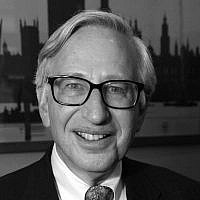 The Blogs
Peter A. Joseph
Apply for a Blog
Advertisement
Please note that the posts on The Blogs are contributed by third parties. The opinions, facts and any media content in them are presented solely by the authors, and neither The Times of Israel nor its partners assume any responsibility for them. Please contact us in case of abuse. In case of abuse,
Report this post. 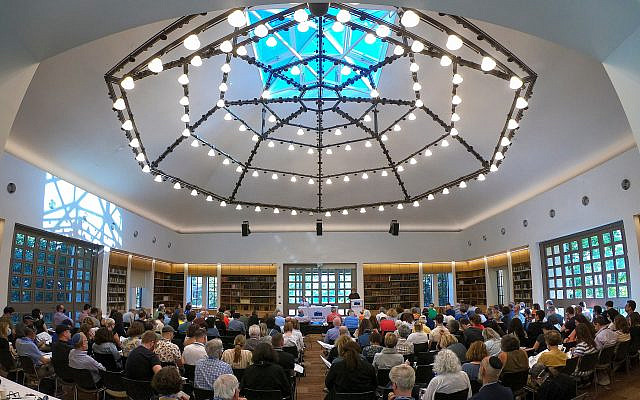 The beit midrash at the Shalom Hartman Institute in Jerusalem during the Community Leadership Program, June 2022 (courtesy of Boaz Perlstein)

For many of the last twenty-five years, I have participated in the Community Leadership Program (“CLP”) offered by the Shalom Hartman Institute for one week each summer in Jerusalem.  My relationship to the Institute dates to 1997 when my wife and I sought to consider our life as American Jews through the lens of a year-long family experience in Israel. (That story, another time!) Since then, our nearly once-a-year visit to Israel has played a central role in informing our family’s Jewish identity, with the Hartman Institute providing the enriching intellectual foundation.

This past summer, amidst an environment marked by stark political polarization, CLP provided a particularly welcome haven within which to grapple with the role of Zionism in the life of a pluralistic American Jew. It is sad that the subject of Israel, rather than a source of pride and unity among American Jews, has become such a lightning rod of division and deep animosity. Our communal institutions dependent on philanthropic support, and whether serving spiritual, educational, or social service needs, invoke Israel with great trepidation. Those American Jews who think about Israel at all divide themselves largely among those single-mindedly concerned for unquestioned US security support and those equally single-minded for whom Israel bears an intolerable responsibility for the lack of political rights of the Palestinian nation.  Rather than rehashing these fault lines, CLP elevated the discourse to a moral conversation about Israel, one which should resonate with a broader reach of the American Jewish community.

By far the most compelling element of CLP (and all Hartman teaching) is its embrace of the complexity, nuance, and many paradoxes of Jewish life in the modern world. Hartman’s scholars do not represent a single narrow political or religious horizon, though admittedly they start within a liberal framework of pluralism, tolerance and historical reinterpretation consonant with most mainstream American Jews.  Hence, lay participants were accorded the opportunity to join a high-level, communal discussion designed to instill a deeper understanding of a values-based relationship with Israel.

The educational experience was invaluable for those of us who try to think about navigating the broad center of the American Jewish community and strengthening the means of engagement. Imagine having a discussion at your dinner table, not about whether Congressman X voted against Iron Dome, whether one has a First Amendment right to boycott, or whether the US Security Coordinator on the West Bank is a 3- or 4-star general, but rather to reflect on the Jewish experience of dreaming and aspiring for an ideal of Israel, to reflect on the inherent value of Jewish relationship, the terms of a new and “thicker” concept of Israeli citizenship and the responsibilities that come with sovereign power.  These conversations resonate with all generations, and all political and religious leanings, both North American and Israeli.

As I returned from my week in my intellectual candy store, I came away with a deeper appreciation for how the Hartman Institute channels its academic resources to promote deeper and more probing communal inquiry into the many sociological, political and ideological issues facing the contemporary Jewish world. Of course, it left me wondering how to encourage the changes that were suggested or whether the communal institutional structure is even designed for these purposes. These are thoughts well-deserving of further consideration and already give me reason to look forward to next year in Jerusalem.

Watch videos from Hartman’s 2022 Community Leadership Program and find out how you can join us in Israel in June 2023.

About the Author
Peter A. Joseph is a trustee of the Shalom Hartman Institute, Chairman Emeritus of the Israel Policy Forum, a founder of the Marlene Meyerson JCC in Manhattan, and a former trustee of the American-Jewish Joint Distribution Committee and HUC-JIR. He also has devoted time to areas of public policy as a member of the Board of the New York City Citizens Budget Commission for more than twenty years and of the Third Way (a DC-based public policy research institute). During the Obama Administration, Mr. Joseph served as a member of the U.S. Department of State’s Advisory Committee on International Economic Policy.
Related Topics
Related Posts