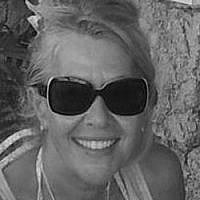 What is wrong with our government? Why do we skirt around the facts instead of stating them categorically in the way that they were either uttered by world leaders or laid down in international law.

Resolution 242 made it very clear that territorial designations of the areas captured in 1967 would only be agreed upon once violence had ceased and peace had been achieved with the Palestinians. One can hardly say that violence has ceased. Just yesterday Israel uncovered a Hamas cell in the West Bank that was planning suicide bombings to be carried out in crowded locations in major Israeli cities.

Each and every proposed agreement for peace between Israel and the Palestinians has always contained an understanding that the settlements would stay as part of Israel; thus indicating that it has already been accepted that the settlements are not “illegal” under international law. In any event they only take up 2% – 3% of the land in question.

The acceptance that the settlements will stay as part of Israel has been addressed as a matter of fact by previous American Presidents including President Bush, President George W Bush and President Clinton.

“I believe that the solution should be in the mid-90%’s, between 94- 96% of the West Bank territory for the Palestinian State. The land annexed by Israel should be compensated by a land swap of 1-3% in addition to territorial arrangements such as a permanent safe passage. The Parties also should consider the swap of leased land to meet their respective needs. There are creative ways of doing this that should address Palestinian and Israeli needs and concerns. The Parties should develop a map consistent with the following criteria:

Whether we agree on Clinton’s suggestion that East Jerusalem should become the capital of a Palestinian State or not,  he nevertheless proposed Palestinian sovereignty over the Temple Mount,(which is in any case the status quo)  and Israeli sovereignty over a) the Western Wall and the space sacred to Judaism of which it is a part; b) the Western Wall and the Holy of Holies of which it is a part.

“It gives the people of Israel a genuine end to the conflict, real security, the preservation of sacred religious ties, the incorporation of 80% of the settlers into Israel, and the largest Jewish Jerusalem in history recognized by all as its capital.

The current American President, President Obama had this to say at his 2009 speech in Cairo:

“For the Palestinians, efforts to delegitimize Israel will end in failure. Symbolic actions to isolate Israel at the United Nations in September won’t create an independent state. Palestinian leaders will not achieve peace or prosperity if Hamas insists on a path of terror and rejection. And Palestinians will never realize their independence by denying the right of Israel to exist.  So while the core issues of the conflict must be negotiated, the basis of those negotiations is clear: a viable Palestine, and a secure Israel. The United States believes that negotiations should result in two states, with permanent Palestinian borders with Israel, Jordan, and Egypt, and permanent Israeli borders with Palestine. The borders of Israel and Palestine should be based on the 1967 lines with mutually agreed swaps, so that secure and recognized borders are established for both states.”

“Mutually agreed swaps” means that the settlements that are intrinsic to Israel’s security will remain as part of Israel.