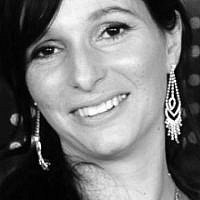 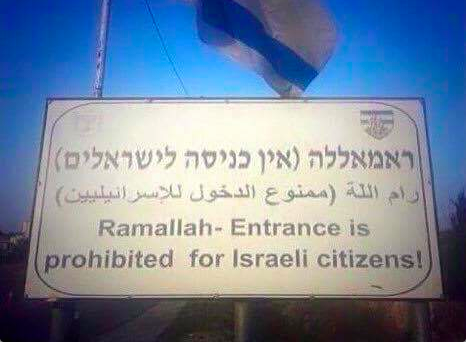 Her name is Faiza. She works for a major private hospital in Israel.

We met a week ago, while I was there assisting a relative of mine.

Faiza is at the head of the intensive care unit, she runs from one patient to the other offering always a sweet smile together with very professional care.

Faiza lives in Shuafat, an Arab neighborhood in Jerusalem where there are frequent disturbances.

She comes from a family of eleven, most of them graduates of Israeli universities. Between one patient and another, we share our visions about life.

“I love my life. I love living in Israel. I thank Allah every day for having given me the opportunity to grow up here,” she says. “I know that if it was not for this country, I would never be what I am.”

“Here you can choose,” she says while she is finishing her coffee during her break. She turns her head toward the Arab doctors and nurses. “Israel gives you the opportunity to express your human potential,” she adds.

I find out that in all Israeli universities and job sites, there are guaranteed places for Arab Israeli citizens.

There is something special in her eyes. You can feel her love for humanity.

“I learnt it here, in Israel. That every human being has his own dignity besides his faith or credo,” she adds.

“Have you seen how Israeli soldiers are helping Syrians? Have you seen how they are putting their own lives in danger crossing the border in order to take the wounded Syrians to Israeli hospitals?

When I go home, when I meet with my family, I have to shut up. My mother told me I am defending Israel too much in front of my brothers and their families. I don’t want to put my children in a risky situation. “

“Would you like to hear a funny story?” She asks me while throwing out the paper cup and going back to the intensive unit.

She used to travel a lot when she was young. She had a year of university exchange and found herself in London.

“I could have gone to live in an Arab neighborhood. But I chose to rent a small apartment in the Jewish one. There, between the kippoth and the silence during Shabbat, I felt protected. I know that if somebody tries to harm me, every Jew would stand up to defend me.”

“I would never raise my children in a different place. Here, I can teach them to believe in themselves and in their dreams. My son is eleven and he dreams of becoming an engineer. My daughter is sixteen and she wants to be a lawyer.”

“And don’t think I stopped dreaming. I divorced my husband and now I am getting my PhD.”

I go back to my chair and the images of what the media are trying to transmit worldwide about Israel hit me fiercely. BDS in London, boycotts on university campuses.

Many lies have been told about Jews during history. Blood libels, poisoning the wells. Forgetting that Jews are not allowed to eat even an egg if there is a tiny spot of blood inside. Ignoring the fact that the angels were stopped from singing G-d’s praise in front of the Red Sea, because the Egyptians, the Nazis of that time, were dead.

Despite all the lies we never stopped fighting for a better life, for the whole world. BDS members and antisemitic inhabitants of our planet should be forced to live for a whole month in Israel.

Here Arab people are the happiest Arabs in Middle East.

Jamal, Faiza’s helper in the intensive unit care, smiles at us.

‘We are all special,’ she answers. Because we live in a special place.

We embrace each other. ‘Where else a Muslim could be talking like this with an Orthodox Jew?’