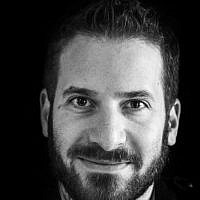 I have long listened to the speeches of our political leaders. I remember two things:

The problem is, all these politicians are no longer tied to reality. They no longer have contact with the ground.

How can an Israeli government so neglect its people?

Businesses are closing down one after the other. Restaurant owners are swindled by delivery platforms. Artists wither away and cultural venues are doomed to bankruptcy. The independents, so numerous in Israel, who pay so much and so much in taxes – are left behind and are left to die easily.

The poverty line in Israel has exploded. Now, almost 1 in 3 Israelis live below this threshold.

And the unemployment rate… The unemployment rate has hit an all-time high. And when it comes down, it will be for underpaid jobs. So yes, it is likely that we will return to 7% unemployment after the vaccination of a large part of the population, but creating a class of working poor, paid 30 shekels an hour, is that reasonable?

Our parents, these retirees, who have only survived since they retired, do we think about it? What about Holocaust survivors? They are the least spoiled. We often talk about them in the media, but who really helps them? I mean, apart from the humanitarian organization Latet, who gives dignity and food to these survivors? Could we not, once and for all, for the very small number of survivors still alive, offer them all that is necessary? Decent housing, food in abundance, medicine and medically completely free (for all drugs, not just those “reimbursed”).

What about young people? Those who usually earn a bit of a living working in a bar, in a clothing store, how can we help them?

In my view, the March 2021 election should only be played on these themes. And it would be a crying lack of leadership to see all of these politicians slamming down on matters that are not of concern to ordinary Israelis.

The “everything but Netanyahu” on the one hand, the “there is only one leader” on the other, interests no one other than the ego of those who profess it. Let us fight for a decent life. For a 3 meals-per-day — as it should be — for all. For work and decent wages for everyone. What is the point of protecting yourself from Iran, if you don’t have enough to feed your children?

About the Author
Jonathan-Simon Sellem is a spin doctor. He's also an elected Representative of the French people living in Israel and a member of the commission Immigration and Integration of the city council of Tel-Aviv. In 2020, he published the first full translation of all the speeches of the First Zionist Congress, in French.
Related Topics
Related Posts
Comments