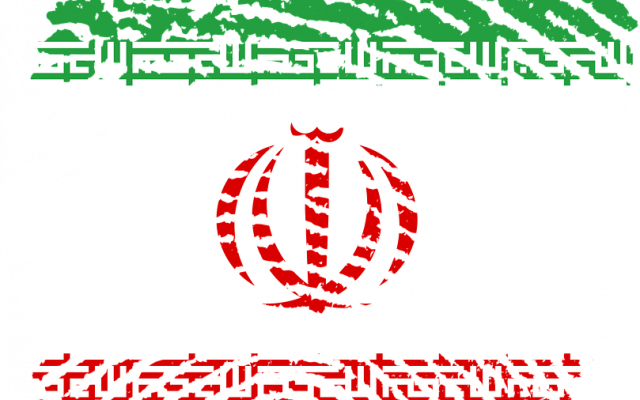 Back in 2017, I was asked to travel to Iran to interview then-presidential candidate Ibrahim Raisi. A day before Iranians were due to throw names into the ballot box I followed Raisi onto the campaign trail – from Tehran to Rasht, the man somewhat candidly spoke to me of the Iran he wanted to see rise under his administration.

When I say candidly I am under no impression that his words were calculated, but since I was then considered a ‘friendly, or maybe more accurately not a threat to the regime, even in my quality of political analyst, I was allowed to glance at what goes on behind the curtains of Iran’s political games.

I had been introduced to Raisi by one of the main propagandists of the Islamic Revolution – a man educated in the United States no less, and his vote of confidence for my good morals was enough to secure me the one interview most westerners were denied.

Under Iran’s strict rules, no foreign journalist, unless under special request and recommendation, can be allowed to interview a presidential candidate on the eve of the elections. The  fear of foreign meddling is so great that the country is rather keen on closing its doors to all foreigners.

Before I delve into what was said and how I understood it, allow me to explain how a ‘girl like me’ ended up where few Jews were ever allowed to enter. After all, under its current ruler Iran is not exactly a welcoming place for the Jewish people. Call it luck or the result of a hunger so fierce for rallying western thinkers to Iran’s cause that certain ‘details’ were overseen, I nevertheless walked right into the belly of the Beast – invitation in hand, by the request of the very government whose motto calls for the death of all Jews and the annihilation of Israel.

I must admit that my holding of a French passport greatly helped. If France had not decided to offer Ayatollah Khomeini a home when it did in the 1970s I’m not sure Iran would have let me through. But Iran holds France in high esteem still and my government’s act of political compassion then, most definitely put my hosts in a generous mood.

Formerly married to a Muslim hailing from Yemen, my marriage gave me a free pass to many Islamic countries … my profession as a political analyst for the Middle East and my defense of nations’ right to self determination as well as my criticism of Saudi Arabia as the main source of Islamic radicalism comforted many groups, mainly in the Shia Muslim world, of the trust they could extend me. Keen to be let in, I neither argued nor revealed my true motivations. I realised pretty early on that if I was to witness first-hand what it is that the region is really about I’d better blend in and listen.

It is fascinating how Islam’s disdain for women and its communities’ propensity to disappear a wife to her husband’s identity could so absolutely wash me of my ancestry.

If my people were hated … and boy oh boy how often was I reminded of that by my in-laws, the outside world still saw me as the wife of a Muslim man, who, surely could not pose a threat of any kind. I was, after all, to be remade to the mould they wanted me to fit in. I don’t think I will ever be able to understand the dissonance of that reasoning. But anyway …

Let’s just say that I’ve seen and heard enough to no longer wish to perpetuate the charade. I’d rather offer my lived-in expertise and share what I have learned from my travels and encounters. Needless to say that I have a few words … not all kind I might add.

Iran is a strange place, one of many contradictions and competing ambitions. Iranians I fear have been done a great disservice by the press as they are often misunderstood. The prisoners of a system and an ideology that want them pious and hateful of all others, I have found that they are mainly of a secular mind, hungry for a world they were cut away from by a religious class they do not identify with – and yet at times they will find themselves to rally behind those mollahs they so want to see gone.

Iranians you see are fiercely nationalists and profoundly attached to what they see as their traditions – and yes that includes their religious identity, even if by all accounts their piety is merely skin-deep and mainly for show. If Iranians hold little affection for the regime they would never tolerate for outsiders to intervene in their affairs. All and any attempt by foreign powers to ‘meddle’ or invite for a revolution would only serve to move the masses closer towards the Leadership. Those cultural idiosyncrasies should not be discounted.

President Raisi knows this more than most. A member of the religious hierarchy, a direct descendant of the Prophet Mohammed’s family – or so it is claimed, he is also a modern man whose relative youth compared to that of the Ayatollah, has made him a favourite among the crowds.

Hailed as Ayatollah Khameini’s replacement, I was told prior to my meeting with him that his powers already somewhat equaled that of the Ayatollah, by the wealth and manpower at his command. The then Custodian of Mashhad, Iran’s richest holy city, Raisi had under his command billions of dollars worth of assets, notwithstanding a private militia, without any oversight. A lord of Iran, Raisi’s ascendance to the presidency had long been foreseen, and maybe more to the point, architected.

I was told as much by his entourage. “This is all part of Tehran’s plan. Raisi will lose those elections and in four years when he runs again he will win. He is Tehran’s candidate. It’s better for Tehran to have someone like Raisi on its side anyway because if he wanted to he could make things very difficult indeed.” Those were the remarks a cleric close to Raisi shared with me on our journey back to Tehran from a neighbouring city while on the campaign trail.

But who is Raisi the politician and what can we expect from a man who, by all accounts has been characterised as a hardliner?

President Raisi’s religiosity is, I don’t believe the problem, rather his ability to come across as a reasonable man, a man who can cite Descartes and understand the inner workings of democracy. Raisi is not a typical man of the Hawza (Islamic university) raised on the teachings of the Ayatollahs. He is an ambitious man who very much understands power, strategy and the need to rally international favours to his cause by pleading diplomacy and peace-making.

For much of the duration of our interview Raisi spoke to me of the importance of non military interventionism and the necessity for nations to respect other’s national sovereignty. So far few would disagree …

“But what of Iran’s intervention in Bahrain, Yemen, Lebanon and Syria I asked. How would you differentiate your intervention from that of let’s say the United States or Russia for that matter?”

“Iran does it as a moral power. Our remit lies within Islamic law. We act on behalf of the innocent against malevolent powers to free them from the yoke of westernisation and Islamic radicalism (by that he essentially meant Saudi Arabia).”

This is where I was offered an interesting window into the very narrative Iran’s new president is weaving around nuclear talks.

“Iran has the right and duty to defend itself, its people and its future. Iran has a duty of care to its political ideology [the Governance of the Jurist introduced by Ayatollah Khomeini, whereby only a Jurist raised to the minute details of Islamic teachings can and should lead the nation].”

“What of Iran’s nuclear ambitions?” I advanced. Needless to say that those questions were never included in the official interview. I’m sharing here the bits and pieces I managed to garner here and there so as not to antagonise the man too much.

“Iran’s nuclear program is a matter of national sovereignty. No nation on Earth ought to prevent us from pursuing our ambitions. We are no threat to anyone but at the same time what our Leadership chooses to do with such powers belongs to Iran.”

Iran you see, imagines itself a bastion of independence outside the general consensus. Iran does not see itself as a threat but a liberator of nations within the ideological identity it has espoused. Furthermore, Iran believes to have a responsibility of care far beyond its borders by the nature of its political system. The Governance of the Jurist is imperialistic at its core as it offers a pan-Islamic view of the world.

When Iran speaks of its nuclear ambitions it is on a different framework from ours. The very semantics of our negotiations are not aligned with theirs.

I used to think Israel overly dramatic over Iran’s nuclear pursuits. I no longer believe that. The threat is only too real, and Iran’s nuclear dream is not limited to civilian use … not when the acquisition of nuclear weapons would offer a distinctive advantage to a regime which is inherently expansionist in its philosophy and dramatically intent on destroying its self-appointed nemeses.

And though I don’t think Iran would drop a bomb tomorrow, even if it could, I believe that men like Raisi understand the pressure such powers would exert on their neighbours by way of making nations bow to their will.