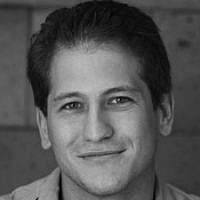 There’s no telling what President Trump would do in the White House. He’s proven to be the least consistent and predictable person in the world.

What is certain is that equality for women is undermined. Globally. Since the leader of the free world is accused of sexually assaulting 12 women and of raping a 13-year-old girl. So more than half the free world can no longer feel so free. By the way, in Israel women’s rights seem to be better grounded in social norms, and several politicians – as senior as the President, Justice Minister and speaker of the Jewish Home party – have all ended their political careers over sexual crimes and misconduct.

The dignity of minorities, of disabled people, and of anyone who is different than a constructed image of the majority, had been trumped throughout the election campaign. It went as far as de-legitimizing the work of a judge only for his race and Hispanic background.

Jews are also facing some difficult times. Anti-Semitism rose, possibly to unprecedented levels since World War II from the crowd of Trump supporters, self-declared Neo-Nazis who were never rejected by the Trump campaign.

Another reason for Israel to worry about is Trump’s stated policies throughout the campaign – from allowing Saudi Arabia to equip itself with nuclear arms, through pledging to force Israel to pay for US aid, to stating he would keep neutral in future Israeli-Palestinian peace talks. He later changed his mind, but no one can promise that he will not retreat back to his former position or simply ignore Israel. The anti-Semitism that rose in the US will, in any case, be harder to shift than Trump’s policies. 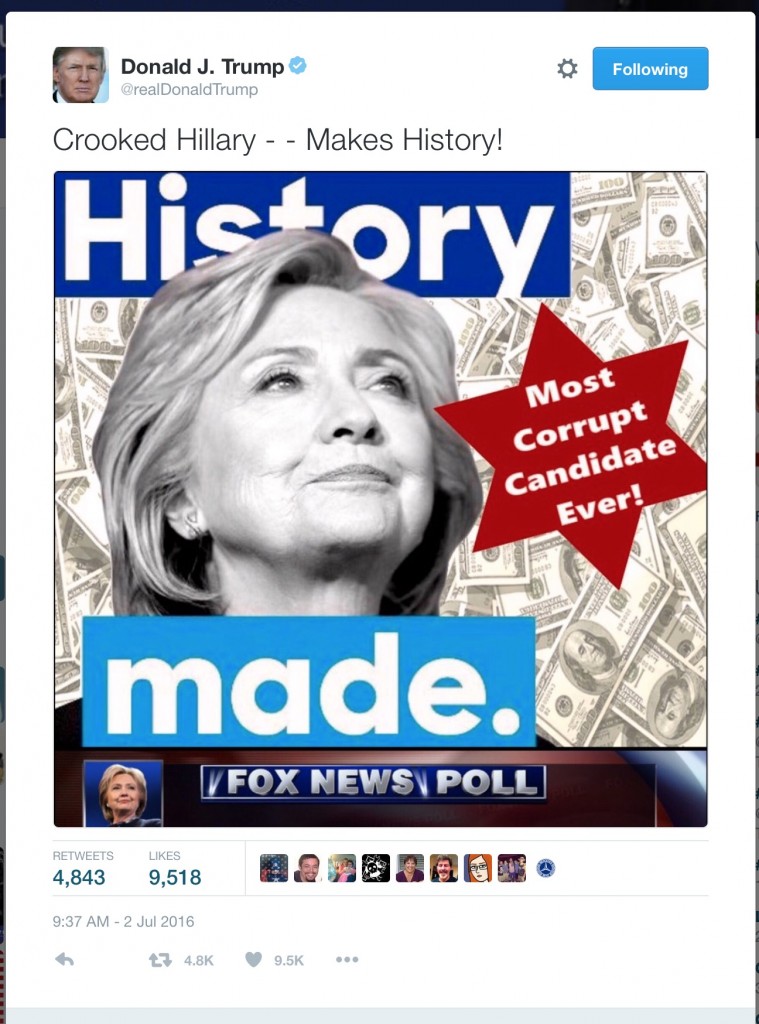 (in the photo: a Trump Tweet with blunt anti-Semitic elements, later modified in light of criticism)

The violence towards anyone thinking differently had also won these elections: recall the demonstrations in which Trump encouraged his supporters to beat up his opposition, which protested quietly against him. All the hate generated in the course of the campaign is bound to trickle to all the institutions in the US:

Not only the court system, but the FBI, police and of course the media lost their legitimacy in the last year and a half. These are processes whose outcome is hard to predict, but without the institutional safeguards – people are likely to turn more and more inwards, to their communities and priests (sources of power that preceded the nation state) for a sense of order and security.

During the campaign Trump attacked the elite, an elite that was made up based on merit, and – maybe for the first time in human history – not on the color of their skin, religion or gender. And which alternative elite does he propose? It’s unclear what President Trump would do, but it’s clear what Trump the candidate had already accomplished.

But hey, American politicians will at least take better care of their damn emails from now on. Great!

About the Author
Tal Harris is the spokesperson of MK Amir Peretz (the Zionist Union) and a PhD candidate in sociology on urban migration discourse, policy, and practice at the Goethe University in Frankfurt, Germany. Tal is also the former Executive Director of OneVoice Israel. As executive director, Tal expanded OneVoice's Youth Leadership Program in partnership with the National Union of Israeli Students. He has led several nation-wide media campaigns, and co-launched of the first-ever Caucus for the Two-State Solution in the Knesset (now the Caucus for Ending the Israeli-Arab Conflict), which engages more than 40 Members of Knesset across several factions. In 2012 Tal was elected as a member of the Steering Committee for the Israeli Peace NGOs Forum. Currently studying for his PhD in sociology at the Goethe University in Frankfurt, Tal holds a Master's in Diplomacy from Tel Aviv University and a Bachelor's in Philosophy and Politics from the Open University. He regularly participates in international conferences, panel debates and assemblies including the United Nations Alliance of Civilizations in Qatar and Brazil; the House of Commons in the UK; and the Israeli Knesset. Tal regularly publishes articles about Israel, Palestine and the two-state solution in the Jerusalem Post, Haaretz, The Daily Beast, Times of Israel, Huffington Post, Israel-Palestine Journal and more. Opinions expressed are personal and do not reflect those of the Israeli Labor Party and MK Peretz.
Related Topics
Related Posts
Comments