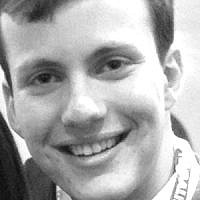 I am spending my first year in college away from home on a gap year in Israel, living in the heart of Jerusalem. I am enjoying the freedom and loving the atmosphere of the city. But recently, every time I turn on the news, read an article on my phone, or look out my bedroom window, I feel sickened to see another shooting, another riot, another child without parents. I feel sickened to see the world stand behind Mahmoud Abbas as he calls his people a “people of peace” and to hear their “deafening silence” in reaction to the crimes they commit as Prime Minister Netanyahu put it this week. I feel sickened by it all.

What people of peace leave 5 children (and growing with each attack) as orphans after they kill their parents right in front of their young, innocent eyes and then not only have no condemnation, but receive warm wishes for their “heroic acts”? What world raises the flag on the world stage of a people, even though not all their civilians are violent or radical, have a government which supports and calls for terrorist activities?

We all feel sickened by this, and all we do is stand in the streets asking why the world won’t pay attention to this? Why is the media unfair? Why won’t governments act on this, condemn it, and give the Palestinians an ultimatum of legitimate peace or no more support? All we do is ask why, but we don’t act.

As I look out of my window onto a busy night time Paris Square in Jerusalem, I learn what we need to do from the people I see. I see police officers. Jewish. I see taxi drivers. Jewish. I see hotel bellhops and street performers and soldiers. All Jewish. I see Jewish garbage men, and I learn a lesson. In the rest of the world, I’d never think of seeing a Jewish garbage man or many Jewish police officers or taxi drivers. But here in Israel, you wouldn’t think twice about it. We need the Jewish people to do all these jobs. We have to do it all for ourselves in Israel. It should be no different on the world stage, in the media, in this conflict. So many ask why there is no response and why what little response we get is so biased and incorrect. The answer is that we need to do it for ourselves, we need to stand as the strong and united Jewish people we are and say “this is enough!”

I have a wish for this world. While just a few miles from where I write this article tonight there are people who live in fear and people who wish to spill as much innocent blood just because the blood is that of Jews, I hope that one day, just a few miles from where I write this article, any Jew or Muslim or Christian can enjoy life. They can go out and enjoy the bagel and hot chocolate I had tonight with friends, they can write essays and study for classes, and live normal lives, all without the fear of those who wish to spill their blood simply because it is Jewish or Muslim or Christian blood. I wish for that, but I know because of what the Jewish garbage man taught me, that it will only happen if we stop apologizing, stand up together, and tell the world we have had enough.

About the Author
Scott Boxer is a participant on Nativ 35, a college leadership gap year program in Israel. He will be attending American University in Washington, DC to major in International Relations in Fall 2016. He is involved in AIPAC and other Israel advocacy programs.
Related Topics
Related Posts
Scott Boxer
Comments