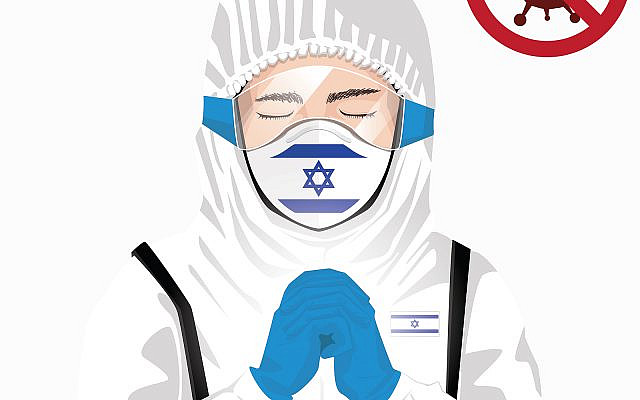 On Friday, 21st February 2020, the first Coronavirus case in Israel was confirmed. The patient had just arrived from quarantine on a cruise ship in Japan. The Israeli government quickly sprang into action, and restrictions were set up.

Since the beginning of the Coronavirus pandemic, many countries have been talking about ‘flattening the curve.’ Israel almost did it during May. The Los Angeles Times even reported, “Fearing Coronavirus spike, some Arab gulf states turn to a long time enemy: Israel.” However, as of late June and July, the country has experienced a spike in numbers like never before.

On Thursday, 2nd July 2020, the Israeli government announced that 966 people had tested positive for the virus. This is the highest number of new cases ever since the disease was reported in February.

So why is it that everything seems to be going wrong all over sudden? Why is there a second wave of cases?

Here are some possible explanations:

Why Is Israel Experiencing a Second Wave

1. Easing of Restrictions Was Done Prematurely

The story of Italy has been told numerous times. The world watched as the country grappled with Coronavirus cases as a result of opening up too early. When the number of cases dropped to less than 50 daily, the Israeli government decided it was time.

It’s hard to predict when it’s safe to open up. Epidemiologists have to make conclusions on a relatively new virus-based on numbers that aren’t 100% accurate. BBC News wrote, “Some countries are dealing with large epidemics, but even those currently controlling the virus fear the ‘second wave’.” The emergence of a new wave is, therefore, always a possibility.

There has been a lot of speculation on whether the virus really started in February. Some skeptics say that it may have been present in Israel as early as December. The logic behind such claims is that a lot of positive patients are actually asymptomatic. When the numbers dropped, it may have been due to insufficient testing and contact tracing.

3. Regulations Were Not Properly Followed

When people are in lockdown for a long period, complacency sets in after a while. Surveillance teams start letting people go without checking them. People stop wearing masks. An article posted by Haaretz stated, “ All of a sudden, the daily toll in lives that Covid-19 has been exacting was pushed to the sidelines. People were talking about it as if it were simply another common cause of death, such as cancer…” The problem with not following quarantine regulations is the emergence of asymptomatic patients.

These are people who have the virus but show no signs of disease. It is these people who become the main source of spreading the virus to unknowing victims. It is easy to label someone as ‘positive’ once you see them coughing. However, it is the ones who aren’t coughing that we should be wary of.

What Can Be Done Now

The only way to combat the second wave is the introduction of new stringent restrictions. It’s tempting to “let the virus take its toll.” However, with the current Israeli health system, that’s not an option. It’s not a plausible option, even in the most developed countries.

Israeli citizens should brace for a wave that has the potential of being worse than the first one. Social distancing and wearing of masks may become the new way of life.