The Blogs
Sherri Mandell
Apply for a Blog
Please note that the posts on The Blogs are contributed by third parties. The opinions, facts and any media content in them are presented solely by the authors, and neither The Times of Israel nor its partners assume any responsibility for them. Please contact us in case of abuse. In case of abuse,
Report this post. 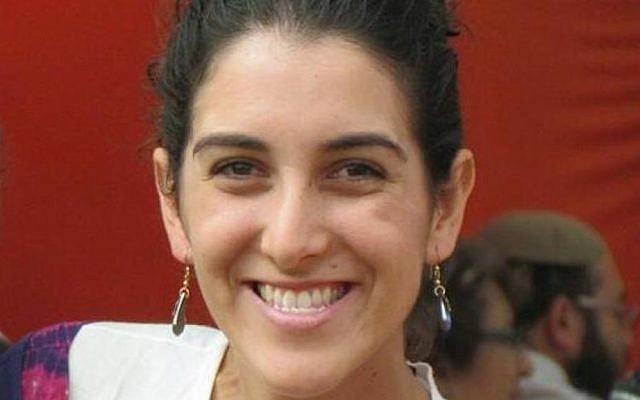 Funny how none of the articles about the murder of Dahlia Lemkus who was stabbed near Alon Shvut last night speak about Dahlia or her family, how no reporter had the curiosity to find out about her. She was killed in the afternoon so the reporters had all evening to question their contacts in Tekoa.

Instead, they practice a kind of obscurantism, restricting our knowledge of the victim. (Curious that the word obscurantism is derived from a dispute between intellectuals and the German monks who wanted to burn Jewish books, like the Talmud, in the 16th century to obscure Jewish culture and learning.) In the New York Times, the reporter tells you about the terrorist who is from Hebron, how he was in an Israeli jail for five years for a firebombing. The reporter quotes his Facebook page: “I’ll be a thorn in the gullet of the Zionist project to Judaize Jerusalem.” We learn nothing about 26 year old Dahlia, who was just getting started in life after finishing college, studying occupational therapy so that she could have a job where she could help people who were sick or infirm or disabled to live in a fuller way.

They don’t care that Dahlia’s father Nachum drives the ambulance in Tekoa. Day and night he is called on to make the drive to Jerusalem, and that Dahlia’s mother cares tenderly for the elderly.

You will never learn from the articles that, when a neighbor had to go to the hospital with a sick child, Dahlia stayed with the other young children all night and insisted that they not pay her. The articles would never tell you that she was the one who cooked the food for her brother Haggai’s bar mitzvah a month ago, fried fish, salad and pancakes.

No, they don’t want you to know what a kind, giving, loving young woman she was on the cusp of her adult life, looking towards marriage and creating her own family.

Instead the newspapers show a photo of the terrorist and tell us that the Palestinian leadership says that it is normal and natural to run over a young woman and then stab her to death so that her blood runs like a red cape into the street. Normal and natural. An act of resistance. When the Palestinian leadership calls for their people to take a knife and find Jews to murder, and calls it natural and normal, we have entered the realm of unadulterated evil. Dahlia embodied its opposite and that fact shouldn’t be obscured from the world.

About the Author
Sherri Mandell is co-director of the Koby Mandell Foundation which runs programs for bereaved families in Israel. She is the author of the book "The Road to Resilience: From Chaos to Celebration." Her book, "The Blessing of a Broken Heart," won a National Jewish Book Award in 2004. She can be reached at sherri@kobymandell.org
Related Topics
Related Posts
Comments