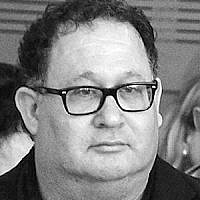 The Blogs
Ran Melamed
Apply for a Blog
Please note that the posts on The Blogs are contributed by third parties. The opinions, facts and any media content in them are presented solely by the authors, and neither The Times of Israel nor its partners assume any responsibility for them. Please contact us in case of abuse. In case of abuse,
Report this post.

For years you paid your social security (national insurance contributions) as a salaried employee, and on the side you worked independently, making sure to fill out the coordination of insurance contributions authorization document about the two places of work. One day, you find out that the coordination authorization never entered the system – but you can only get a refund for the last seven years. Why? Because it’s the law. What can you do? Read on.

Nurit (not her real name) worked for years as a salaried employee. When she retired, she found out that the NII had miscalculated the number of years that she had worked, and as a result was paying her pension that was much less than she was actually owed. Nurit took the NII to court, and they refunded her for the last seven years of all of the years during which the mistake had been made. Nurit lost a lot of money, money that should have allowed her to support herself with dignity as she turned 89.

Dor’s (not his real name) story is very similar to Nurit’s. For years he paid his social security dues as a salaried employee. Dor worked as an independent graphic designer on the side, making sure to coordinate his NII payments for both jobs. One day, when he checked the NII payments deducted from his pension, he realized that they were much too high – in fact, they were nearly double what they were supposed to be. For some reason or another, the documents that Dor had submitted to coordinate between his different jobs had never been entered into the system. Dor submitted a request to have his money refunded, and, like Nurit, Dor only received the last seven years of what he was owed. Why? Because that’s the law.

When can you get insurance payments refunded?

The solution to the problem depicted above seems simple: fix the law, so that all mistakenly obtained NII deduction are refunded. But is that the whole picture? What about peoples’ debts to the NII? Can they be collected for more than seven years back? Shouldn’t there be a limit on how far back these debts can be collected, so as to avoid significantly harming a citizen whose sole crime was that he/she forgot to pay the NII on time?

Luckily, sometimes the law errs in favor of the citizen. Thanks to the August 2014 amendment to the NII law, the NII can’t collect debts that are over seven years old, if during this time they did not act to collect the debt.

Where does this leave Nurit and Dor? Sadly, they’re stuck. There needs to be a balance between the rights of the insurance collectors and insurance receivers. As citizens, we have our duties. One of our duties is to check and make sure that our rights are being realized.

If we were to try to expand the number of years back a person can claim NII refunds, the NII will demand (and, to a certain degree, they would be right) to expand the number of years back that the NII can collect debts from people who didn’t pay or didn’t pay enough. What will happen then? Is the answer really to change the existing law? Who would be most harmed by such a change?

Here’s what you need to do: check your NII payments frequently, consult with people who understand the system, and keep your documents. Don’t wait for a telephone from “Ariella” of the NII, calling to inform you that they discovered they owe you money. Stay abreast of your rights by visiting this government website: 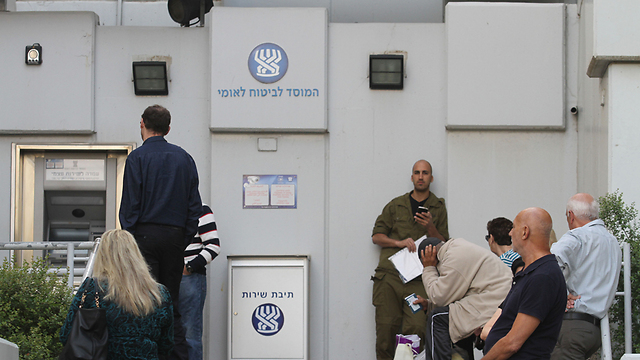 Waiting for “Ariella” at the NII branch in Ramat Gan. It doesn’t have to be this way.
About the Author
Ran Melamed is a musician and journalist, a social activist and someone who cares. He is the Deputy Director of YEDID - The Association for Community Empowerment.
Related Topics
Related Posts
Comments