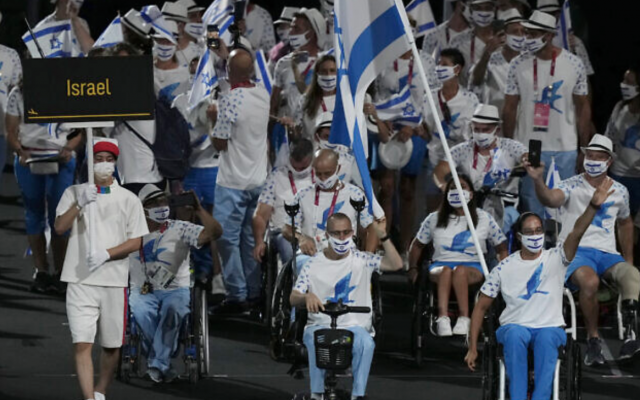 Athletes from Israel enter the stadium during the opening ceremony for the 2020 Paralympics at the National Stadium in Tokyo, Tuesday, Aug. 24, 2021. (AP Photo/Emilio Morenatti)

The Israeli Paralympic team has been outstanding in Tokyo, as they are in all of the Paralympic games they compete in.  So far they have won nine medals, six of them gold, and broken three world records!  Israel always has a strong showing at the Paralympics and even hosted the games in 1968, at which Israel finished third on the medal table that year with 62 medals, of which 18 were gold.  Israel has won a staggering 129 gold medals at the Summer Paralympic Games since 1960! 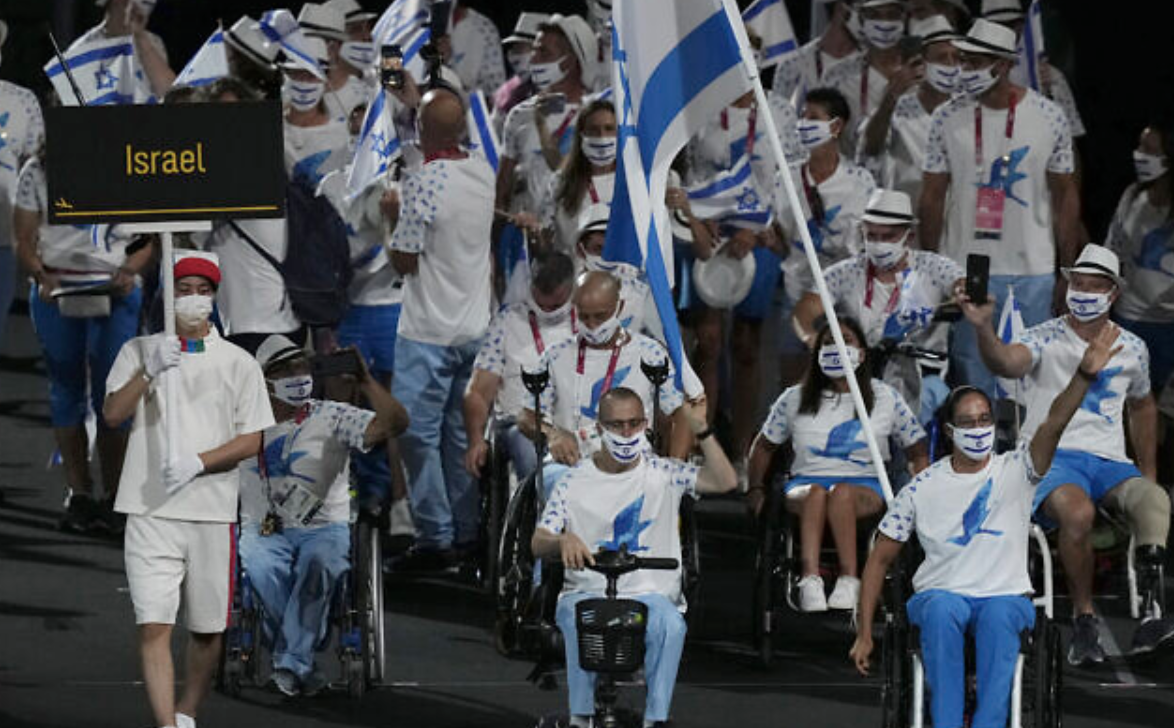 Athletes from Israel enter the stadium during the opening ceremony for the 2020 Paralympics at the National Stadium in Tokyo, Tuesday, Aug. 24, 2021. (AP Photo/Emilio Morenatti)

The Israelis and other delegates from around the world who are competing in Tokyo this year are people who have struggled and ultimately won against all of the challenges of the human body.  This was achieved through sheer determination, relentless training, will-power and perseverance, as well as support from family and friends.

The diversity of Israel has once again been highlighted at these games.  Interestingly, there are more women, eighteen, than men, fifteen, on the team.  Medal winners have included an Israeli Arab, Iyad Shalabi, and Moran Samuel, who is openly gay.  There is also a Druze woman in the Israeli team, Bashar Halabi. This multi-faith team proves that Jews and Arabs can live side by side.

Our heroes, some of whom were wounded in the defense of our homeland, some who were injured after birth, and some of whom were born with disabilities, all rose above them.  These special men and women who overcome war injuries and physical disabilities, fight to recover and overcome and go on to achieve great results for themselves and our nation are an inspiration to us all.    We can learn so much from these sporting role models.  These courageous individuals teach us all not to wallow in self-pity and that, “If there is a will, there is a way.”