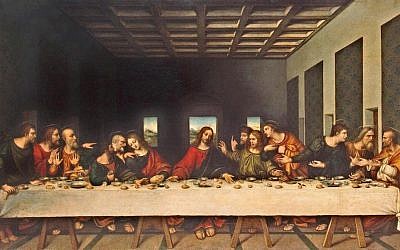 1-The attackers are not Leftists or Rightists, Liberals or Conservatists, Racists or Politically-correctors – the attackers are the modern domestic pagans whose morality is rooted in the concept of a government-god who is taking care of its subjects if the subjects bribe the government-god by keeping it in power in the elections.

2-They are attacking the Judeo-Christian morality of our nation which is rooted in the concept of One God who is guiding its subjects on how to take care of themselves if the subjects follow the God’s laws of nature and morality.

The history of the Western civilization is a step-by-step transformation from the pagan morality to the God-given morality of Judaism, of Christianity and then of Judeo-Christian civilization as we know it now with the Jewish mission of the Chosen.

The Torah had been given to us as the instructions for replacing the pagan morality, under which the humans lived at the beginning.

The pagan morality is based on enhancing “my wellbeing” by defeating “my neighbor” with the help of “my god” if I bribe enough “my god,” while the God’s Torah-guided morality is based on enhancing “my wellbeing” by cooperating with “my neighbor,” and One God will help me to achieve all that if I follow his guidance. The pagan morality is still alive, and it is evident when we see some people are bribing their “government-god” by electoral votes getting in exchange the riches of “their neighbor” through the government-god’s wealth redistribution.

The pagan-to-Judeo-Christian-morality transformation has been carried on along the lines of the Torah/Bible’s declaration that we are created in the image and likeness of God with two fundamental characteristics of God being God the Creator and God the Unique Individual.

The spiritual unity of Jews and Christians is based on the common Torah/Bible-guided Judeo-Christian morality – not on different religious rituals and beliefs created by the priests of Judaism and Christianity.

In the book “Spiritual unity of Jews and Christians” a reader will find, among many other things, the following:

Thus, the Judeo-Christian Western civilization we have built in the course of the last two millenniums is in the need to be defended, and our ability to defend it depends on the spiritual unity of Jews and Christians.