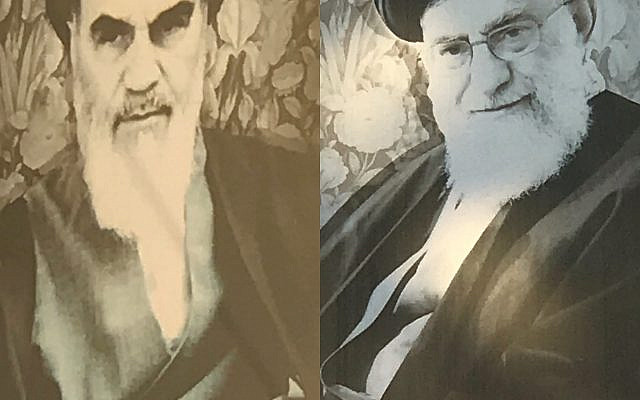 As western capitals work to resuscitate the JCPOA in the hope that Tehran could be bound once more to the promise of non-nuclear proliferation, we would do well to consider the consequences of such a decision. And though many may still hold that this deal with Iran – and, more to the point, any deal with Iran – is better than the alternative, I’d like to offer my perspective, as someone who knows the Iranian regime from the inside.

I initially thought former US President Barack Obama was right in extending a hand to Iran so that maybe, just maybe, the land of the ayatollahs would end its isolation and espouse more tempered sentiments towards not just their neighbors but the world at large. I now believe the decision to do away with the JCPOA in 2018 was not only pragmatic, but also the safest option. Providing the Iranian regime with an extended opportunity to develop a weapon of mass destruction because it promised not to is irrational and stupid.

Let us consider the ideology that sustains the Islamic Republic. Without some degree of alignment, by which I mean common ethical ground, the desire to employ diplomacy to bridge the gap cannot meet with success. One cannot productively engage with a party without enough common ground from which to operate.

Beyond Iran’s regional expansionism and its obvious hunger for military supremacy lies an ambition we have failed to truly appreciate: imperial nihilism. With its contempt for international law, popular consensus, and human life in general, Iran’s regime has never acted in service of its people. Rather it has made them servants. It now dreams of reshaping the region to its political system, one that demands not only absolute obedience but also demographic homogeneity to the extent that all people ought to become exactly what the state wishes them to be, in their political allegiances as well as their religious loyalties.

At the heart of Iran’s theocratic ideology lies not a desire to see rise the age of the Ayatollahs – those jurists who, from their pulpits, hold the fate of a nation so that a people can flourish – but a dictatorial political system which exists in negation of all others. For diversity and pluralism negate the essence of its rationale and offer a mirror to its fascism that it knows would eventually dismantle its ranks.

Of the many enemies Iran conjured up over the years one has stood well above the fray: Israel! From my travels in Iran, I have come to understand that the Islamic Republic’s cry, “Death to Israel,” is not, as so many state officials and intellectuals claim, a critique of Israel’s policies vis a vis the Palestinians, but rather it’s the cornerstone of a genocidal ambition, the annihilation not of a state, but a people. The Palestine issue serves merely as a convenient vehicle for such hatred.

The Islamic Republic’s interest in taking on Palestine’s cause was not born from a desire to stand for the oppressed and destitute of the world. The simple fact that Tehran has worked to sustain terrorist organizations seeking to exact revenge on civilians stands testimony to that. When Tehran speaks of Palestine and the need for its people to exist within the boundaries of their own state, it speaks not of political emancipation for the Palestinians but of the existential annihilation of the Jews.

For years I peddled Iran’s propaganda, believing that Tehran’s ambition was to create a space in which Palestinians could express their national identity and exercise political self-determination. Many like me over the decades have fallen for such lies. This is how fascism gains itself supporters to its cause – through calls of liberation and grand talks of freedom for an alleged oppressed minority.

Having lived and traveled across much of the Middle East over the years, I’ve witnessed many iterations of antisemitism. But only in Iran – and here I mean those men and women who hold Iran’s regime together, not the common people – have I experienced such absolute and blind hatred for the Jewish people. I believe the Islamic Republic’s particular brand of antisemitism to be an echo of that of Nazi Germany. I do not make the comparison lightly. Unless the world wakes up to the true meaning of Iran’s language, it risks giving implicit support to Iran’s genocidal designs.

The world failed collectively in the 1930s to assess the danger of Nazism, for nations could not comprehend the nihilistic ambition of a system that sought supremacy through the negation of a people – not only on the basis of their faith or ethnicity, but the nature of their being. And though a lot has been said since on antisemitism so that its rationale could be forever extinguished from the world consciousness, I believe our failure to eradicate it stems from our inability to identify its root, even though we know its rhetoric.

For any responsible people or nation to give in to the belief that Iran could be sincere in its desire not to develop its nuclear capacity for military means is folly. And this folly puts millions of innocent people in direct mortal danger. Iran’s nuclear ambitions are directed to carry out its ultimate agenda – the extermination of the Jews of Israel.

It is because I have moved in Iran’s circles of power that I feel compelled to write those lines. I can only hope that my words will be heeded.