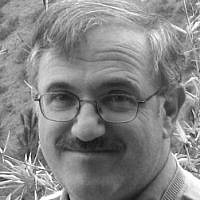 The Blogs
Peretz Rodman
Jerusalem-based rabbi, educator, and author
Apply for a Blog
Advertisement
Please note that the posts on The Blogs are contributed by third parties. The opinions, facts and any media content in them are presented solely by the authors, and neither The Times of Israel nor its partners assume any responsibility for them. Please contact us in case of abuse. In case of abuse,
Report this post.

Comic actor Whoopi Goldberg this week earned herself a two-week suspension from the American television network on which she appears as a talk-show panelist—and an official invitation from Yad Vashem to come learn what the Holocaust was and was not. The remarks that her employer, ABC News president Kim Godwin called “wrong and hurtful” were, in Godwin’s words, “her comments in which she said the Holocaust was ‘not about race.’”

Godwin focuses on exactly the wrong point. In a very important sense, one that is of more than mere semantic interest to contemporary Jews, what Whoopi Goldberg said about race was correct. Indeed, it is an important refutation of Nazi doctrine. However one might seek to define the Jews—as an ethnic group, a religious community, a nation, a civilization…—a case can be made.

There is only one definition that can be ruled out: the Jews are not a race in the sense that we mean that term today, and certainly not in the sense that Americans, with their particular tortured history, employ the word. My neighbors whose families came here from Yemen or southern India or Ethiopia are as Jewish as I am, but their skin color, their physiognomy, and even their DNA will reveal that our ancestries are not particularly congruent.

Jews once did employ the term “race” to define themselves. In their English-language rendition of the Hanukkah song Ma’oz Zur, which they called “Rock of Ages,” two scholarly 19th-century rabbis from Central Europe living in the United States, Marcus Jastrow and Gustav Gottheil, referred to the Jews as “children of the martyr race.” But their sense of “race” was that of Europeans in their time, among whom one might refer to an ethnic group or a language group with new-found aspirations for national self-determination as a “race.”

When the Nazis commandeered the term for their pseudo-scientific biological eugenics, assigning “master race” status to “Aryans,” they made claims of racial inferiority about others. They sought to exterminate the ultimate “racially” repugnant group, the Jews, as one might wish to rid the world of rats or lice.

Into this picture stepped Whoopi Goldberg on Monday. In a discussion of a local school board in Tennessee having banned the graphic novel “Maus” from schools, Goldberg expressed surprise that the nudity in the book, and not the Holocaust itself, is what appeared to concern the school board. Co-host Joy Behar replied that the nudity concerns were likely “a canard to throw you off from the fact that they don’t like history that makes White people look bad,” and Goldberg responded with this view of the Holocaust: “Well, this is White people doing it to White people, so y’all gonna fight amongst yourselves.” The actor’s dismissive, I-couldn’t-care-less tone in making that remark was offensive and stupid, despite the sense in which she was correct. True, the Jews are not a race in the contemporary sense, but so what? If I’m not of European ancestry, I shouldn’t care about the Nazis’ genocidal rampage against Jews and Roma (and homosexuals and religious minorities…)? Intersectionality is not a bad idea: it isn’t just Jews who should be concerned about antisemitism, because hatred and violence against one minority open the door to similar treatment of other weakened groups.

Trying to defend her earlier remarks, Goldberg first clarified: “The Holocaust isn’t about race,” but rather about “man’s inhumanity to man.” Is that not what Jews have been saying for seventy years—that the Nazis got it wrong? That all of humankind should sit up, pay attention, and resolve, that “never again” will any group be subject to genocidal attack without the world rising in opposition?

Goldberg may have deserved chastisement and suspension, but not because of her remarks about race. Rather, she should understand, and apparently now does understand if her later apology is to be believed, that calling the Holocaust a problem for white people is ignorant and shameful, just as much as if one were to claim that Myanmar’s brutal rape and ethnic cleansing campaign against the country’s Rohingya Muslims is an Asian-on-Asian fight and no one else need care. She presumably also understands that for Jews, her reduction of the Holocaust to “man’s inhumanity to man” is as hurtful to Jews as a white person’s similar characterization of the mass enslavement of sub-Saharan Africans would be for her and other Black Americans.
Whoopi Goldberg spoke some truths and some obscenities. Let’s be clear about which is which.