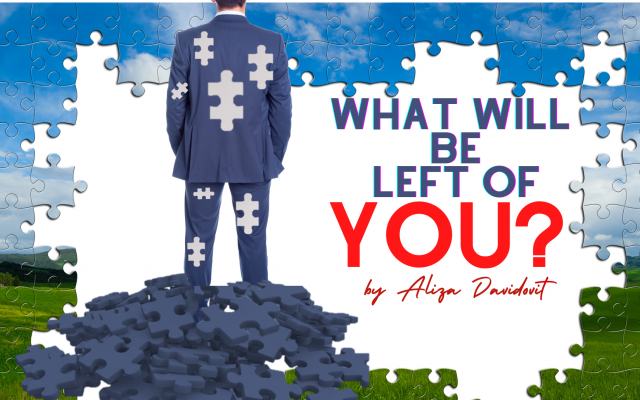 Although I am no Alexander the Great, when I set out to New York from Montreal to be a journalist over 25 years ago, I too was ready to conquer the world. Like a military general with a pushpin cork board, I plotted who I wanted to meet, often via ambush, along with the implementation strategies to secure an interview. Today, with eyes ever wiser, enlightened by my continual Torah study and some abrasive life experiences, I question why I even cared at all.

What does it really mean to conquer? Historically speaking, both the conquered and the conquerors now lie in the dust. Today, my cover stories of famous people are more ancient and irrelevant than a Roman war chariot. For in today’s speedy world, yesterday’s news dies and decomposes while still in the telling. And yet so often, I look to the contents of my weekly Torah blogs from prior years for ideas, and they by contradistinction are everlasting.  Despite 3333 years of enemies and toxic distractions, the Torah can never be vanquished nor rendered obsolete, for it is the Tree of Life — and all who cling to it shall live.

And then I think about the spirit of conquest that possesses most of us at some point in our lives, whether one wants to be the richest, the best looking, the most fit, the most popular, or the most famous. And I must ask the same question I have often asked my interviewees: Have you paid a price for your success? And the answer is invariably, “Yes.”

As we aim to conquer the worlds we respectively find ourselves in, more often than not, it is we who take the beating. G-d sends us to this earth with our talents, our desires and our ambitions. He also sends us tests along the way. No moment is trivial. If a person doesn’t conquer the moment by making the right choice, the moment conquers him. A war of attrition is launched against our values, our upbringing, our religion, our innocence, our idealism. And indeed with the skills of the best defense attorneys, we justify our dirty deeds and those “deeds” become our army–and then it kills us. We too often conquer the better parts of ourselves to “make it” in this world which the Zohar calls alma d‘shikra, “the world of illusion”— “the world of lies.”  And so Perkei Avot teaches: “Do not trust in yourself until the day of your death.”

Each moment also offers us not only the opportunity to avert wrongdoing, but also to do good. Instead of throwing coins into a wishing well, give charity. Instead of putting your extra money into another stock, give charity. The ultimate return is much greater. Instead of watching a marathon of Netflix episodes, watch a Torah video. Instead of gossiping and complaining endlessly, pray and bless. Instead of being filled with anger and fuming over what the world owes you, be loving and question when was the last time you did something for someone else, especially when it was hard and inconvenient to do so?

In this week’s Torah reading, we read about the death of our matriarch, Sarah. It is written by the biblical commentator, Rashi, that she was as free from sin at the age of 100 as she was at 20. Although she was exposed to many challenges and problems in life, she never used them as excuses to spiral downward in life. She was very beautiful and was abducted by both a Pharaoh and a king. She escaped both situations unscathed. Sarah was the conqueror, strong and certain in her service of G-d. Her tent was literally aglow with her greatness and moral perfection.

The life of Abraham too serves as a perfect paradigm of righteous behavior. G-d instructed him to arise and leave his place of birth. But the Hebrew words Lech Lecha translate as “go to yourself.” Indeed, upon the physical journey, there were practical challenges to conquer, but they mirrored the internal journey and were all whetstones to achieve spiritual perfection. He passed all his tests and rose to the occasions instead of letting them bring him down. He conquered the world with the word of G-d, with kindness and compassion and never compromised his beliefs.

How will you conduct yourself upon the road of life? What will you jettison to reach your destination: dignity? honesty? integrity?  How will you affect the people who come across your path? How will you make this world a better place because you were in it? In what way do you reflect an aspect of G-d? What do you leave in your wake? Darkness or light? Hate or love? Jealousy or generosity? Dispute or peace?

Change your battlefields my friends and you too can walk on holy ground.  Do you want to be a conqueror?  Start with conquering yourself, and to the victor go the spoils.