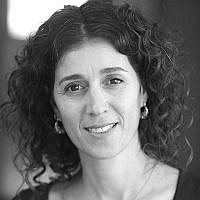 The Blogs
Pnina Omer
Apply for a Blog
Please note that the posts on The Blogs are contributed by third parties. The opinions, facts and any media content in them are presented solely by the authors, and neither The Times of Israel nor its partners assume any responsibility for them. Please contact us in case of abuse. In case of abuse,
Report this post. 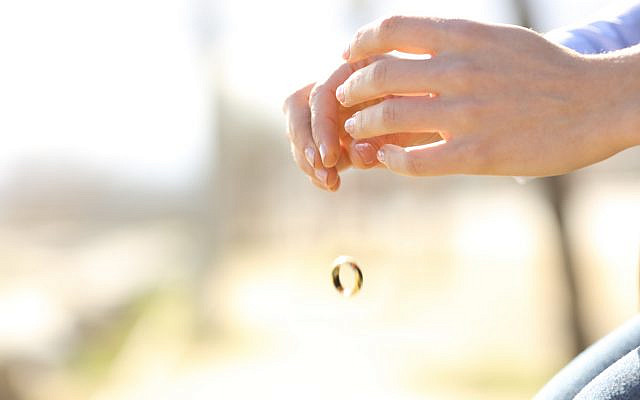 Sunday, March 8th, the world marked International Women’s Day, an impressive celebration of smashed glass ceilings. The status of women has never been better. Monday, the Fast of Esther, which falls out this year on March 9th, marks International Agunah Day — a painful reflection on the status of Jewish women, held captive by their husbands under the aegis of Jewish religious law, with no way out.

The convergence of these two events intensifies and emphasizes the absurdity and injustice. The shame and disgrace are hard to bear.

At Ohr Torah Stone’s Yad La’isha center, every day is Agunah Day. This burden is our life’s work. We have freed almost 1,000 women so far. Every get is like a miracle, as there is no guarantee that the day of freedom will actually arrive. To our sorrow and shame, the next 1,000 women have probably already entered the cycle of get-refusal in our revolving-door reality. As one woman breaks out, another finds herself dragged in.

Each year, we represent about 150 severe cases of women being refused a get. Each time, we think we have seen and heard it all, and each time we are surprised anew when reality surpasses our imagination. Husbands who are abusive, lock women inside their homes, bring in other women, pursue young girls, or young boys, at times, they are addicted to drugs or gambling. The wife’s body is desecrated, her home is destroyed. Perversely, the harsher and more shocking the case, the better her chances of becoming free. That is, of course, only if the husband hasn’t fled the country…

But what happens in the “easy” cases?

What will happen to L., who has been separated from her husband for two years already, but whose husband refuses to divorce her because of the insult of separation. He did not beat or abuse her, but the communication between them was poor and there is not even the smallest spark of love left. None of the counseling or therapy or advice have helped; she feels there is nothing between them. No common language, no joy, no future, and precious little past. They were young and foolish and married for the wrong reasons, and now she is being held prisoner. And he? He has “no reason to divorce her.”

What will happen to her?

For two years, they have been coming and going to and from the religious courts. She has already signed away some concessions, and his price just keeps going up. He does not want to divorce her, he probably doesn’t want money, he just wants to see her capitulate to his will again and again and again. It’s been two years and he still hasn’t had enough.

Just yesterday, we were notified that another request we filed for a hearing on restriction orders for the recalcitrant husband was denied. Once again the court is sitting on the fence, refusing to obligate him to divorce her. She has “no cause” for divorce, nothing more than a dead marriage. What will become of L., who has no hair-raising story, only a deep desire to find love, to continue with her life, to raise a family. What will become of her?

Agunah Day is a painful reminder of the reality that can come knocking on every woman’s door. Be smart, be responsible, don’t marry without signing a prenuptial agreement to prevent get-refusal.  A prenuptial agreement to prevent get-refusal can change your story. Such an agreement will guarantee that there are two copies to the keys to freedom, one for each of you, so you can both choose whether or not to remain in the relationship.

About the Author
Pnina Omer is the Director of Yad La'isha: the Monica Dennis Goldberg Legal Aid Center for Agunot and Mesuravot Get, part of the Ohr Torah Stone network of institutions. Yad La'isha is the largest, most comprehensive and most experienced support center for agunot in the world, providing clients with legal representation in the religious courts and the services of in-house social workers regardless of their age, background or religious affiliation.
Related Topics
Related Posts
Comments