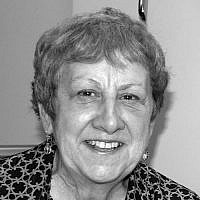 The Blogs
Debbie Weissman
Apply for a Blog
Please note that the posts on The Blogs are contributed by third parties. The opinions, facts and any media content in them are presented solely by the authors, and neither The Times of Israel nor its partners assume any responsibility for them. Please contact us in case of abuse. In case of abuse,
Report this post. 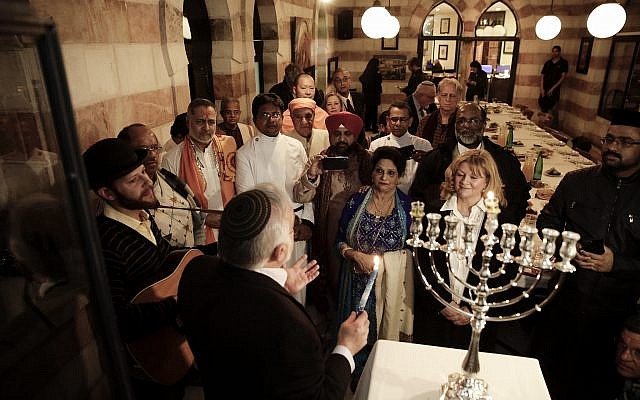 In the mid-20th century, the great American Jewish theologian Abraham Joshua Heschel credibly wrote “Judaism today is the least known religion.” But recent decades have seen Christians making impressive efforts to fill in the knowledge gap. For many years, I have had the privilege of teaching groups of Christians who come to Jerusalem from throughout the world. Many of them are priests, pastors and nuns on sabbatical; some are lay people. They come from anywhere from a week to a year and my involvement varies, depending on the length and depth of the program. The programs are held at Christian institutions in and around Jerusalem.

I teach them about Judaism and about Israel. I give introductions to the Christians who visit our synagogue on Friday nights for prayers, and we sometimes also provide them with home hospitality for Shabbat dinners. It is fascinating to note what questions they ask. In one case, a young woman was surprised that our sanctuary was not decorated with pictures of Moses. Once, I told a group of seminarians that they were imposing Christian questions on Judaism; what interested them almost exclusively were concepts of Messiah, the afterlife, the resurrection of the dead and so on, things that most Jews rarely discuss. We Jews actually devote an inordinate amount of time to discussions about food.

The questions I encounter do not seem to vary much between Protestants and Catholics; but they do vary a great deal between Western Christians, who generally know some Jews, as friends, neighbors or colleagues, and those Asian or African Christians for whom I may be the first Jew they have ever met. I have been asked “Are Jews still offering animal sacrifices?” I doubt that any North American or British Christian would ask that; Africans sometimes do. When the only Jews you know are the ones in the Old Testament, it is a legitimate question. For a teacher, it’s a wonderful opportunity to teach about how Jewish practice and Jewish life changed after the destruction of the Temple.

One of my students, an Australian Catholic, asked about what he called a “strange tension” within Judaism. Almost immediately, he changed his definition to “a dance” between two poles. One pole, according to his words: You Jews always want “to get it right;” to serve God in the most “correct” way possible. It’s important to you, for example, what the correct dimensions of the Sukkah should be, when it is Kosher and when it is unacceptable, and so on. But, he continued, you also play with Judaism, you laugh, you enjoy.

He was evidently pondering our study of how the Midrash sometimes tells us: “Don’t read the text this way, read it that way.” For example, when Isaiah (54:13) says, “All your children shall be learned of the Lord, and great shall be the peace of your children,” the Midrash comments: “don’t read banayich, ‘your children’ but rather, bonayich,‘ your builders.'” (Masekhet B’rakhot 64a.) I don’t know if this Australian was fully aware of what we do on Purim or on Simhat Torah. To the best of my knowledge, there is no other religious culture in the world in which this kind of innocent tomfoolery, without orgies — known as Purim-Torah or a Purim-Spiel — is part of the religion itself. We serve God by poking innocent fun at His Torah. We dance with it, we have fun with it. Purim-Torah mocks our sacred prayers and Scriptures; the classical Purim-Spiel may mock Biblical stories. (The Spiel in my Jerusalem community, Kehillat Yedidya, usually just makes fun of ourselves).

I also take some Christian groups to visit Yad Vashem. Although I am by no means a scholar of the Shoah, I believe I have developed an understanding of how Christians experience Yad Vashem. On only one occasion did I hear “I have Holocaust fatigue.” Most of the Christians feel a deep sense of responsibility and sometimes even guilt. They immediately apply these feelings to contemporary situations in their own countries.

One of the problems with Yad Vashem is that the historical museum stresses the long history of Christian anti-Semitism as the background for the rise of modern anti-Semitism and the Holocaust. But then at no point does it mention any of the significant changes that have occurred within the Church over the last 50 years.

Another topic about which I teach is the Jewish-Christian relationship itself, the dialogue. As Christians are learning more about Judaism, I think that Jews have to become much more knowledgeable about Christianity, including some familiarity with the New Testament. I have often thought it strange that Jews, who are very quick to claim athletes, politicians and movie stars, not to mention Nobel laureates, as Jews — we sometimes play a kind of game, “Did you know that so-and-so is Jewish?” — generally ignore the most famous and arguably the most important Jew who ever lived, Jesus of Nazareth.

Some of my colleagues say that Judaism is the religion of Jesus while Christianity is the religion about Jesus. Yet the Muslims, too, consider him a prophet. In other words, he has affected more than half of humanity. The Hebrew Bible, or what Christians call the Old Testament, lies at the heart of Western civilization, largely because of the Christians, not so much us. Jews and Christians will never see Jesus in the same way; that is one of the most important differences between us. Yet I do think that more Jews should recognize Jesus as a great Jewish teacher and spiritual personality.

Dr. Debbie Weissman is a retired Jewish educator. She served for two terms as President of the International Council of Christians and Jews and has written “Memoirs of a Hopeful Pessimist: A Life of Activism through Dialogue,” published by Urim\K’tav. She lives in Jerusalem, where she has resided since 1972.

About the Author
A resident of Jerusalem since 1972, Dr. Debbie Weissman is a retired Jewish educator. She served for two terms as President of the International Council of Christians and Jews and has written “Memoirs of a Hopeful Pessimist: A Life of Activism through Dialogue,” published by Urim\K’tav.
Related Topics
Related Posts
Comments