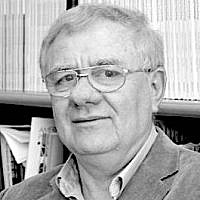 The Blogs
Daniel Bar-Tal
Apply for a Blog
Please note that the posts on The Blogs are contributed by third parties. The opinions, facts and any media content in them are presented solely by the authors, and neither The Times of Israel nor its partners assume any responsibility for them. Please contact us in case of abuse. In case of abuse,
Report this post. 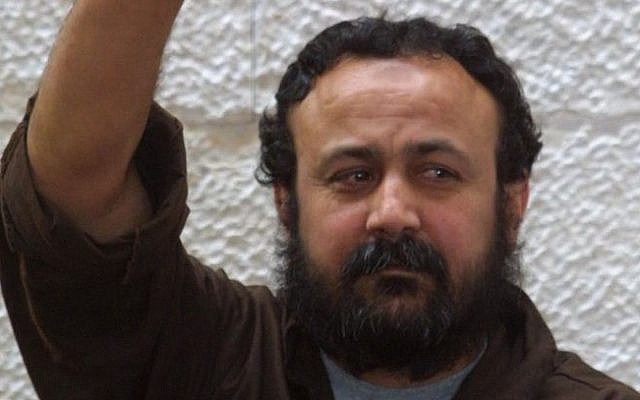 In his Times of Israel op-ed of April 17th, Yesh Atid party chairman Yair Lapid condemns the distinguished New York Times for publishing Marwan Barghouti’s op-ed about the hunger strike he leads in prison, presenting it as the ultimate nonviolent struggle for liberation.

We assume that Yair Lapid knows something about Israeli and world history. If not, we would like to remind him that former terrorists have often become important peace leaders of their countries. He may have read about the role of Jomo Kenyatta in Kenya, Nelson Mandela in South Africa, Martin McGuinness in Ireland, Sukarno in Indonesia and many others. As for the history of our own struggle for liberation here in Israel, we all know about the contribution of Yitzhak Shamir and Menachem Begin to the establishment of the State of Israel. Does Lapid not recall that both Shamir and Begin were pursued by the British mandatory police as dangerous terrorists? All these individuals used terror to fight against subjugating occupation. Their tactics included the killing of innocent people, children and women. And they all were called terrorists by the occupying power.

Terror has been carried out by almost every nation that struggled for independence. Americans, Vietnamese, Argentineans, Mexicans, Poles, Czechs, Yugoslavs, French, Jews, with no exception. In all cases they were called terrorists by the occupiers and those involved later became recognized political leaders. Moreover, the terrorists are always revered by their compatriots as freedom fighters who struggled together with with them to achieve national goals. Later they built monuments for them, and named streets after them. Streets in Ramat Aviv Gimel, where Mr. Lapid lives, commemorate Dov Gruner, Meir Nakar, and Eliezer Kashani, Israel’s most revered freedom fighters, who sacrificed their lives for our liberation, and who were convicted by the ruling British authorities as notorious terrorists, and were all hanged at the gallows.

The other side of the coin is telling. All colonial or occupying powers, in denying self-determination and independence to struggling liberation movements, blame freedom fighters for terrorism, even if they use nonviolent means. Take the most elementary study of history and it will show you that occupying powers first try to prevent and then retaliate against any violent or non-violent show of resistance. They also develop narratives rationalizing the occupation and never make any concessions to resistance movements, fearful that any appeasement will undermine the interests of the occupying power. Finally, the oppressor articulates media narratives advocating policies of subjugation by delegitimizing their adversaries as savage terrorists who are trying to destroy their state and people.

The Israeli case is no different. The present government, with help from the opposition leaders, constantly and systematically delegitimize the Palestinians in general and their leaders in particular. This policy indicates a refusal to embark on the road to peace. This rhetoric contrasts sharply with speeches by leaders like Prime Minister Yitzhak Rabin who chose the path of peace. “We have two ways to live with our neighboring Arab people and countries: continuation of war, violence and terror; or to search and to try to bring about a change in the interrelations, to bring about peace. We decided to take a calculated risk for peace from a standpoint of strength, relying on ourselves.” (Rabin, October 30, 1994). We need to remember that through many decades the PLO was compared to the worst of the worst – to the Nazis – in order to delegitimize it until suddenly the rhetoric changed.

Marwan Barghouti is regarded as a leader of the First and Second Intifadas. Barghouti at one time supported the peace process, but later became disillusioned with the way it proceeded, and after 2000 went on to become a leader of the Al-Aqsa Intifada in the West Bank. Israel accused him of founding the al-Aqsa Martyrs’ Brigades and attempted to assassinate him in 2001. The missile hit his bodyguard’s car, killing the bodyguard. Barghouti survived but was arrested by soldiers of the Duchifat unit who, on 15 April 2002, approached the building hidden in an ambulance (not exactly a legitimate tactic).

Barghouti was convicted several months later in civilian court on charges of murder and attempted murder stemming from attacks carried out by the al-Aqsa Martyrs’ Brigades on Israeli civilians and soldiers. But even in prison he is regarded by many Palestinians as a hero and potential leader of their nation.

This is exactly the case of other leaders that we noted above, including Jewish ones. All were terrorists according to its dry definition but eventually all became respected statesmen. In most of the cases, it was the occupying powers who wanted to reach an agreement and understood it was time to change the mindset in order to stop the bloodshed. Netanyahu, as a leader driven by ideology, prefers ‘Greater Israel’ and expansion of the Jewish settlements to peace possibilities that require great compromises. He therefore is sharpening his rhetoric to escalate the conflict.

Leading a nation from a generation of humiliating subjugation to self determination through gaining political independence requires the leadership of a person who has the credentials of self-sacrifice that come through having been a fighter for the cause. Without this credibility, a liberation leader cannot turn into a plausible peace negotiator and statesman. For Israel, the emergence of a neighboring state of Palestine is essential. Without it we will never experience peace and reconciliation, the very fundamental requirements for the continued existence of the Jewish state in the Middle East. Marwan Barghouti has the potential to become the ultimate Palestinian leader for peace making, because in the eyes of the Palestinian society, his fighter credentials are impeccable.

The use of terror in our view is one of the most despicable forms of violence. But we condemn the double standard that is applied by politicians and nations — including Israeli leaders, and including Yair Lapid, who should have known better — who insist that our terror is a legitimate struggle for achieving national goals, while their terror is unacceptably brutal use of violence.