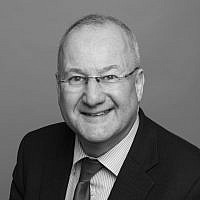 The Blogs
Michael Mail
Apply for a Blog
Please note that the posts on The Blogs are contributed by third parties. The opinions, facts and any media content in them are presented solely by the authors, and neither The Times of Israel nor its partners assume any responsibility for them. Please contact us in case of abuse. In case of abuse,
Report this post. 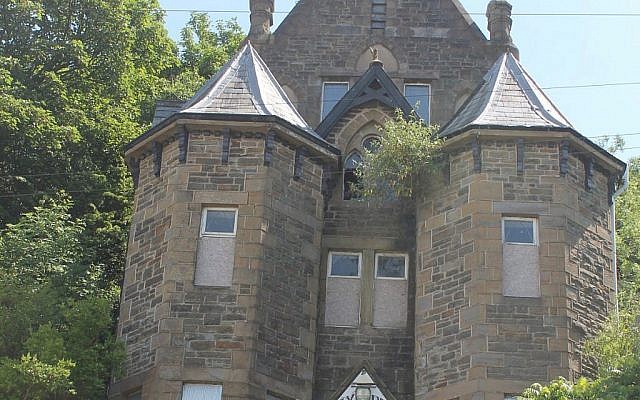 It was a mixture of fortune and feasibility that led an international Jewish heritage foundation based in the UK to buy a run-down old synagogue in the Welsh valleys.

The journey taken by the Foundation for Jewish Heritage to Wales to Merthyr Tydfil, a town famous in-part for the discovery of Viagra, was nothing if not eventful, but first an introduction.

The Foundation was created in the UK to work internationally on the preservation of Jewish heritage, which faces profound challenges as a result of the great upheavals faced by the Jewish people in the past century. Vast migrations and the tragedy of the Holocaust led centuries-old historic sites to become orphaned. Without a community of users, they remain in danger in many parts of the world.

We decided to focus on synagogues, as the most emblematic buildings, repositories of Jewish life, art and customs. Many are unique and beautifully constructed, reflecting real architectural and artistic achievement.

We commissioned research to map all the historic synagogues of Europe, through which we identified 3,347 sites, less than a quarter of which are active today as synagogues.  As part of this work, we rated each synagogue according to its significance and its condition, to understand the most important buildings that were most in danger. To our surprise, there were two that scored very highly in the UK – and the former Merthyr Tydfil synagogue was for sale!

The town was the industrial powerhouse of Wales in the 19th century and its largest town (Cardiff was then just a tiny port). The construction of the remarkable stone Gothic-styled synagogue in the 1870s reflected a growing and prospering Jewish community, but the 20th century story was one of economic decline, and Jews slowly left. The building was sold in 1983. It was later used for various purposes, including as a gym, but for the last 13 years it has lain empty, its condition deteriorating.

Yet its importance remains, as the oldest purpose-built synagogue still standing in Wales, Grade II-listed and considered architecturally one of the most important synagogues in the UK.

We began thinking about new uses for the building and looked at the project underway to create a Scottish Jewish heritage centre based in the striking Garnethill synagogue in Glasgow, with support from the National Lottery Heritage Fund and Scottish Government. It seemed obvious to create a similar initiative in Wales, and to use a similarly remarkable building.

We took soundings on the idea, spoke to the South Wales Jewish community, the Welsh heritage community, and local personalities in Merthyr itself, especially within the council. The feedback was resoundingly positive.

We then commissioned a feasibility study and tried to work out what the building could be used for and filled with. Innovative ideas emerged, reflecting the rich and special history of the 250+ year old Welsh Jewish community.

Fundamentally, it confirmed what we had heard: that there was widespread interest and support, and that the project was viable.

In discussing the study findings with the council, local MP Gerald Jones, and the National Lottery Heritage Fund, it became clear that the next stage was to buy the building to put the Foundation in a position of ownership – clearly crucial if we were to move the project forward.

We commissioned building surveys, which indicated that it was structurally sound, with no problems that could not be addressed. The sale went through last month.

In making the purchase, the Foundation hopes to save an important nationally-recognised building to serve educational purposes, and to honour the Welsh Jewish community, so that whatever happens to the community in the future, there will always be one place that will tell its story.

In preserving the heritage of the Jewish people, including buildings that were much-cherished centres of communal life, each a profound story and a precious legacy, we feel we are playing our part.

It is important for the Jewish people to explain our past, which shapes our today and points the way to the future, and it is important for wider society, building cross-cultural links, strengthening understanding and combating prejudice.

In Merthyr, we have taken what had become a vulnerable and meaningless building and begun a process to make it meaningful once again.