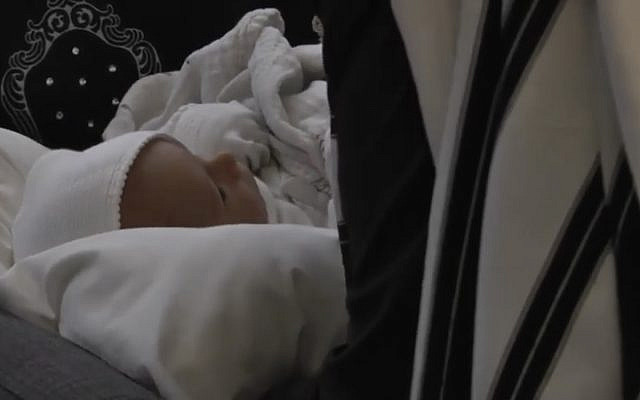 It’s been a rough couple of months for Brit Milah. It feels like there’s a tidal shift in the liberal Jewish world in people’s attitude towards circumcision. Sparked by Gary Shteyngart’s way too personal piece in the New Yorker, there has been a multiplicity of negative press for our time-honored tradition.

The Canadian Jewish News podcast interviewed Eliyahu Ungar-Sargon, a founding member of Bruchim, an organization fighting for inclusion of families not circumcising their sons. Judaism Unbound did a four-part series on the topic where they only interviewed a number of people either not having their children circumcised or working actively to end the practice. There have even been news exposes here in Israel on Reshet 13 and Haaretz in the last few months.

But that’s not all. Israel Story podcast ran an entire episode on an Israeli man who not only chose not to circumcise his sons but also graphically described how he regrew his own foreskin.

It feels like there is no end in sight.

The latest installment of the negative press comes from another one of Bruchim’s founders Rebecca Wald. In her most recent article, Circumcision doesn’t make someone Jewish, Wald chooses an interesting jumping-off point. Israel’s supreme court heard arguments this week on whether or not to federally fund Brit Milah for converts from the liberal movements. At present, if someone is converting in the Orthodox tradition, the government subsidizes the procedure. The Conservative and Reform movements are fighting for equal treatment. If expanded, this would be a real Kiddush HaShem.

Wald, not unexpectedly, sees this as a problem. “​​Meanwhile, here in the United States, at least a few Jewish hopefuls are seeking to join the tribe without undergoing circumcision.” She spends the rest of her article discussing ways that her organization is fighting for inclusion for families that opt out of a Bris. She makes mention that there are even struggles with Conservative and Reform rabbis demanding Brit Milah for their members.

The common thread in all of this negative press is “questioning”. The hosts and the guests claim that it’s high time for all of us to look at Brit Milah with a critical eye. But there’s nothing new about such claims.

There is a reason we are called B’nei Yisrael and not B’eni Yaakov. Yaakov’s name changed the morning after he wrestled with an angel all night. By definition, Yisrael means to wrestle with God. There are religions, such as Islam, that preach subservience to the Creator. But not ours. Our job is and has always been to wrestle with all of these commandments. The problem is, in modern liberal discourse, “questioning” tends to just be code for rejecting.

As a mohel, I often counsel parents in and around the Brit Milah of their newborn. Many have questions about why we do what we do, and I always tell them the same thing: “If you weren’t uncomfortable about some of this, then I would worry.” There is nothing easy about the pain associated with Brit Milah. But in some ways, that’s the lesson we are meant to learn from all this – nothing about parenting is perfect. We can’t protect our children from every ailment. And we as people don’t wait until our children are fully grown to impart our values to them. A Jewish upbringing starts from the very first moments of life.

In reality, what Rebecca Wald said is true, but that doesn’t make it right. It’s true that one’s Judaism is passed on matrilineally. But we were never meant to just be Jewish. We are meant to be in an active covenant with God, and there’s only one way for the men of our community to do that – Brit Milah. No matter what new-fangled traditions are created as a substitute for the rite, at the end of the day, boys need a Bris. I commend the rabbis from the liberal movements who are drawing a line in the sand over this issue because, even though Brit Milah doesn’t make one Jewish, it certainly makes one part of our nation.