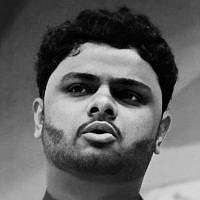 The Blogs
Vishwajeet Deshmukh
Apply for a Blog
Please note that the posts on The Blogs are contributed by third parties. The opinions, facts and any media content in them are presented solely by the authors, and neither The Times of Israel nor its partners assume any responsibility for them. Please contact us in case of abuse. In case of abuse,
Report this post. 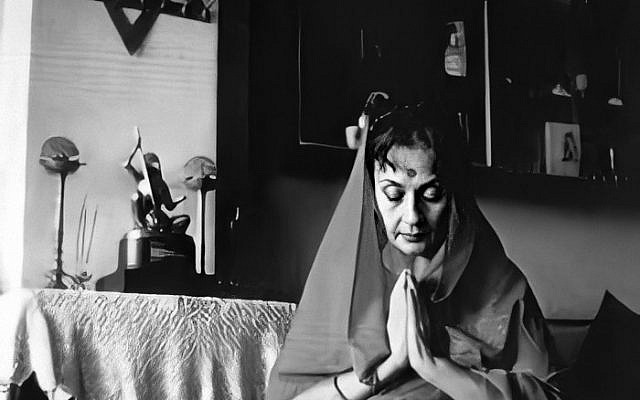 William Shakespeare in Romeo and Juillet said; “What’s in a name? That which we call a rose, By any other name, would smell as sweet.” But, if one were looking for a rose, would they even smell other flowers?

As one travels through the length and breadth of India, feeling the cold breeze from Kashmir to the warmth of the ocean in Kanyakumari, one discovers that religion plays a vital role in the lives of Indians. This land has unity and also wars on the basis of religion. Thus, forcing many to conform to the identity of the majority in search of peace and safety. But, from what?

Just because you know someone’s name, doesn’t mean you know their story! We are at such a juncture in the history of time, where stories are an asset to the world, a story which stands for representation and inspiration. The stories of Jewish actresses in Bollywood often remain untold to their audiences at large, their fans know them but they do not know where they come from.

Starting 1920s the silver-screens of early Bollywood saw sparking bright young women: Ester Victoria, Susan Solomon, Ruby Myers and Florence Ezekiel. One might not even know these Jewish names! But, it would be hard for one to forget Pramila, Firoza Begum, Sulochana and Nadira! Thanks to Danny Ben-Moshe who dared to tell the stories of these women through his film “Shalom Bollywood”. These women have achieved remarkable feats, from being the first Miss India in 1947, winning the highest cinematic honour Dada Saheb Phalke Award to even winning the Filmfare Award (Indian Academy Awards equivalent). 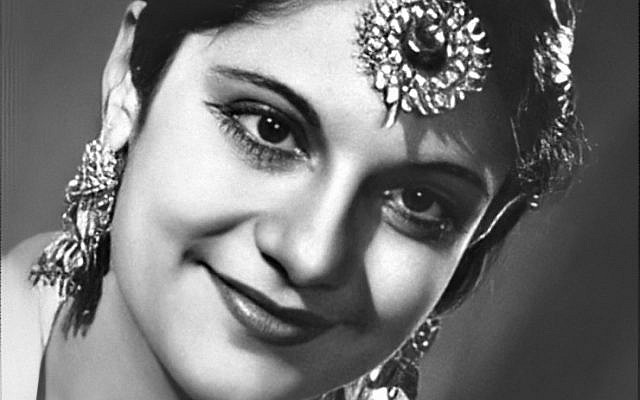 These actresses were one of the first women to enter the silver screen and perform in front of audiences in a time when working in cinema was considered a taboo and perhaps even worse than prostitution! In perspective, these women were monumental in women’s entry into cinema by normalising the notion of seeing women on silver screens and being adored and respected for the same. What is interesting to pick up from Ben-Moshe’s film is that many fans of these actresses had no clue that these women were Jewish.

Even though Ben-Moshe’s film has put a spotlight on who these women were, somewhere in the essence of it we find it difficult to understand, “Why would have these women changed their names?”. The answer to this lies in what would the audience of that time wanted? Would a country with majority Hindus, Muslims and Christians watch a film with Jewish names on board? Passing for the audience was the only solution for these women! A country with such strong religious influence made it necessary.

There is a positive side to this identity influencers too. Internet became a common tool for the communication of information only in the late 1990s and prior to which most of the information related to these actresses was only available through newspapers which covered their films and roles for the most part. This masquerade of names from the majority enabled the Indian masses to view women on screens and find their representation in positions of power. Thus, enabling an unsaid women’s liberation movement among the general population and normalising certain activities for women across India which were previously considered a taboo. Thus, these Jewish Actresses of Bollywood were a catalyst to the development of women’s liberation in India.

But, if these women were to use their Jewish names indicating that they come from communities other than the majority, they would be termed immoral, their films would not have received the same response and maybe even would have been boycotted. This is not due to any hatred against Jews or Christians but, the actions of these actresses pose a threat to the notions of the morality of the majority groups in India. This is not an assumption based on our traditional understanding of India but, an account from 2017 amplifies the belief when the film, Padmavat featuring Deepika Padukone, about a  Rajput Queen was allegedly going to depict a scene where the Queen Padmavat meets Alauddin Khalji, a Muslim ruler. The controversy sparked the nation with riots and protests led by the religious majority groups. Considering the position of representation in films and their communal nature, the estimation of the feeling can be ascertained when India was amidst separation with Pakistan, a Muslim majority nation. Protection of notions of morality was then and is still considered of utmost importance for the religious groups. Thus, assimilation among the majority was inevitable for these women to move ahead in their careers. The intangible contribution of Jewish actresses in Bollywood is unfathomable and certainly needs a celebration!

It is fascinating to revisit Shakespeare and ask “What’s in a name?”! Well, these women would still be as talented as they were, but, would they be as celebrated and famous? I leave you to ponder upon it.

About the Author
Vishwajeet Deshmukh is a law student from Government Law College, Mumbai. He has a keen interest in history, minority rights and the Constitution. He is a film critic at The Movie Buff and Independent Film Now. He is an assistant editor at JURIST, University of Pittsburgh.
Related Topics
Related Posts
Comments