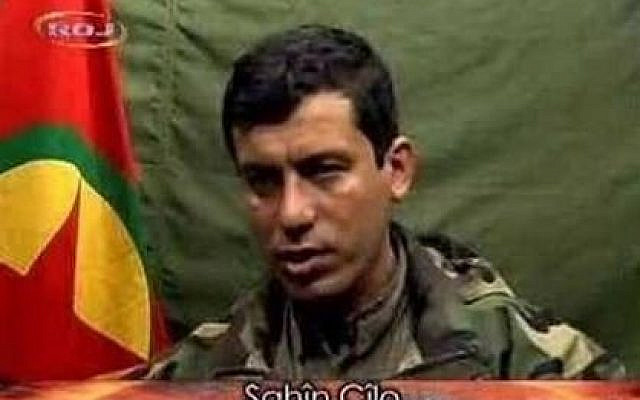 Also, the head of the CIA, Bill Burns, warned that Turkey’s attacks endanger the US forces in Rojava Kurdistan. The head of the American Central Intelligence Agency (CIA) and the head of the Turkish Intelligence Hakan Findan had a telephone conversation. American sources say that the main reason for increasing American pressure on Turkey to stop its attacks in eastern Kurdistan is that one of the airstrikes carried out by Turkey last week hit a target less than a quarter of a mile away from American soldiers.

But the problem is larger than ISIS. As many as 1.4 million people live in Turkey (via Syrian National Army) controlled areas in Syria and eastern Kurdistan. These territories, adjoining the Turkish border, are made up of two pockets: the larger one spans from Afrîn in the west to Jarablus in the east, and the smaller one stretches from Tel Abyad to Ras al-Ayn. The Syrian National Army (SNA), alongside Turkish military forces, MIT, turkish state agencies, companies and NGOs, plays a dominant role in administering these regions.

The SNA advanced Turkey’s military ambitions in Syria as well as during Turkey’s interventions in Libya and Azerbaijan. In Syria, the force has been deployed against the PKK-led Syrian Democratic Forces, which Turkey sees as the main threat in Syria and eastern Kurdistan. In Libya and Azerbaijan, thousands of fighters recruited from the ranks of the SNA fought under Turkish guidance alongside Ankara’s allies. The SNA diligently executed Turkish orders, even when the orders contradicted the desires of SNA fighters and damaged the reputation of the force in the eyes of the Syrians that the SNA claims to represent.

At the same time, the SNA’s criminality and predation have undermined secondary Turkish goals, including the goal of turning the areas under SNA control into a safe zone from which Syrians will not attempt to constantly flee across the border and would be willing to return to from Turkey. The policy of Turkey’s ruling party, the Justice and Development Party (AKP), to welcome Syrian refugees fleeing the war starting in 2011 and continue hosting the 3.5 million Syrians who have fled across Syria’s northern border has been politically costly. In an apparent attempt to appease Turkish voters, the AKP announced plans to build housing units in areas under its control in Syria and resettle 1 million Syrian refugees there. However, even if the housing projects are built, few Syrians would return to an area experiencing high levels of insecurity, ruled by a hodgepodge of rapacious militias.

The corruption of the SNA also harmed Turkey’s security, with Turkish soldiers and officers dying in bombings that occurred due to some SNA members cooperating with networks linked to the The People’s Defense Units (YPG) in exchange for money. The abuses perpetrated by the SNA also have damaged the international reputation of Turkey, whose attempts to rein in its proxies have rarely yielded results, except in cases when Turkish pressure was applied consistently.

However, the main victims, as usual in Syria and Rojava, are civilians inhabiting the areas under the control of the SNA, after 10 years of war, displacement, and loss. Having reached or found themselves living under the protection of the Turkish state, many had hoped that they would finally enjoy stability and peace. But peace and turkish backed Islamism doesn’t mix. 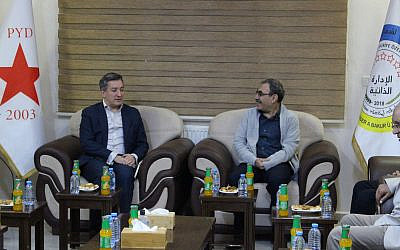 The US envoy for northeastern Syria, Nicholas Grainger, told Kurdistan 24: We oppose Turkish military activities and reject destabilization in western Kurdistan.
He added that any Turkish military attack on the region would destabilize the region and reflect negatively on efforts to combat ISIS. He continued: The people of northeastern Syria must decide their own fate. But what kind of choice do the civilians of Syria and western Kurdistan really have? In that case, the choices the people face are between Assad’s totalitarianism, Turkey’s violent Islamism and the PKK. Neither choice provides a long-term solution or a promising future.

PKK´s (PYD/YPG) self administration economy are collapsing
– extremely corrupt
– no electricity
– no commerce
– Streets empty
– PYD/YPG just takes money and send it elsewhere – leading to a economic situation in northeast Syria limited households’ access to essential food items, water, and health services. In other words kurds and the population of so called “north east Syria” are already enduring a humanitarian catastrophe, a growing displacement crisis, and an economy in free fall.

SNA/Turkets controlled areas
– High rate of human rights abuses, in many cases potential war crimes, in territory over which they currently exercise effective control
– extremely corrupt
– Executing individuals, pillaging property, and blocking displaced people from returning to their homes is damning evidence of why Turkey’s proposed ‘safe zones’ will not be safe”
– According to the UN Commission of Inquiry, the SNA tortured detainees during interrogation to extract “confessions”. Detainees were also denied legal representation and access to their families while held in informal detention centres.

Unfortunately, there is no democratic alternative either in Syria or in Western Kurdistan. All movements are totalitarian and dictatorial….Which leads to no end to the people’s suffering in the near future.

About the Author
Michael Arizanti is a debater born in the Netherlands, raised in Norway but now living in Sweden. In Sweden he has been an important part of the debate on how to deal with violence-promoting extremism, and how to fight honor-related violence and oppression. Nowadays he has more focus on human rights and the Kurdish issue.
Related Topics
Related Posts
Michael Arizanti