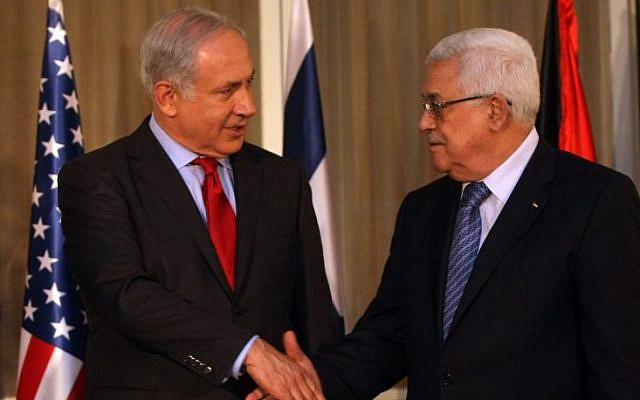 Peace to Prosperity’s release triggered an inordinate amount of responses. Some were from people who hadn’t read it but were satisfied to rely on others’ readings of it. Others decided to interpret the proposal as a plan being dictated and not a framework to work from. But I went to the source. Pages 5-6 of it clearly states (with italics added for emphasis):

Both Israelis and Palestinians have long-standing negotiating positions but also must recognize that compromise is necessary to move forward. It is inevitable that each side will support and oppose aspects of this Vision. It is essential that this Vision be assessed holistically. This Vision presents a package of compromises that both sides should consider, in order to move forward and pursue a better future that will benefit both of them and others in the region.

A peace agreement will be forged only when each side recognizes that it is better off with a peace agreement than without one, even one that requires difficult compromises….

The role of the United States as facilitator in this process has been to collect ideas from around the world, compile them, and propose a detailed set of recommendations that can realistically and appropriately solve the conflict. The role of the United States is also to work together with other well-meaning countries and organizations to assist the parties in reaching a resolution to the conflict. But only the Israelis and Palestinians themselves can make the decision to forge a lasting peace together. The final, specific details of the Israeli-Palestinian Peace Agreement, must be worked out directly between the parties…

I have also read many who object to it because Jared Kushner and Jason Greenblatt did not consult with Palestinians. The PA cut ties with the White House after the Trump called Jerusalem the capital of Israel in 2017. In June of 2018, US officials said they’d meet with PA officials if invited. They apparently had not been, and with this policy in place for over two years, Abbas refused to take calls from the White House even last month. So, if the Palestinians refused to meet with US officials, they could not have been consulted. As of December, polls amongst Palestinians showed some interesting dynamics, and some very sad realities. The Palestinian Center for Policy and Survey Research’s

findings show that a majority is opposed to the two-state solution, but support for it remains higher than the support for the one-state solution. They also indicate a slight increase in support for armed struggle or a return to armed intifada. It is noticeable however that a majority of the public thinks that the indictment of Israeli prime minister Netanyahu will soon lead to his removal from power. Similarly, a majority is optimistic about the ability of the US Congress to impeach President Trump and a similar majority is optimistic that he will lose the upcoming US presidential elections. This public betting on the dynamics of domestic Israeli politics and on the workings of the US Congress might be one of the reasons why we still find more public support for the two-state solution compared to other alternative solutions to the conflict with Israel.

While the Palestinians may be more optimistic about American politics than Americans are, they are also very cynical about the trap their leaders have put them in. They want Palestinian elections to be held (Abbas was elected to a four year term well over a decade ago) but recognize problems of legitimacy in holding them, “half of the public thinks elections, if they were to take place, will neither be free nor fair; indeed, a majority does not have faith in the integrity or neutrality of the police forces, in both the West Bank and the Gaza Strip, in protecting the election process and a large majority believes that whoever loses the elections will reject the results.”

My take on the proposal is likely a mix of self-admitted naivete and a desire to nurse hope, but it is what it is. I think Kushner and Greenblatt were biased towards Israel but at the same time wanted to craft something comprehensive and possible. The goal of brokering a peace which no one else has done was something that appealed to their boss and to them too, on a more personal level. But because they defined possible from an Israeli perspective, and because they misjudged the amount of distrust Palestinians have towards the administration they represent (and how much Abbas, like Trump, behaves like a temperamental pride-driven four year old), they crafted something that would not be well-received. I think they plethora of detail was driven by a desire to take all kinds of issues under consideration. I think they thought Palestinians might want to live in Palestine. It was proposed that Arab Israelis Iiving in an area called the Triangle would have that land move from Israel’s control to fall under the new state of Palestine. In fact, one town’s mayor compared such a move where to being treated as an enemy; the residents do not want to give up Israeli citizenship. I could not find how the PA reacted to this; what did Abbas think? Other overlooked parts of the plan include increasing the size of the West Bank at is southern end.

Regardless of how many details were considered, the bigger framework was one that needed to be clarified. Allowing and even encouraging talk of annexation was a huge mistake in my eyes. US Ambassador to Israel David Friedman’s enthusiasm for annexation, to me, felt like a punch to the gut. If this “vision” is to be a framework for discussions, not a dictated outcome, wasn’t he making a farce of three years’ work? While Kushner subsequently distanced himself from the timing of this decision and has since invited Palestinians to offer alternative borders, he is still expressing support for ultimately annexing lands that are within the proposed “conceptual” map. This bothers me to no end. No matter how detailed and comprehensive one thinks of one’s own proposal, as it is still just that – a proposal. Israelis and Palestinians opposing annexation have taken to the streets.

And I argue against any unilateral moves; such activity destroys the very idea of a bilateral negotiated agreement – an agreement that could’ve been used to get the sides talking again. And instead, now the story escalates.

Abbas is threatening to cut off all ties with the US and Israel (but has not yet). This goes beyond diplomatic ones and even into security cooperation and is dangerous for all involved. Will Israel see another intifada? One tweet claims worse. It says that Israeli security forces protecting PA officials is common knowledge (I have no idea if it is), and that in its absence, Abbas is likely to get killed by his own people.

In his stubbornness, Abbas went to the Arab League, proud of his refusal to consider reading something that could have paved a way to statehood:

“They told me Trump wants to send me the deal of the century to read, I said I would not,” Abbas told the meeting of Arab League foreign ministers.

“Trump asked that I speak to him over the phone, so I said ‘no’, and that he wants to send me a letter, so I refused to receive it.”

Holding up a map that shows the gradual geographic reduction of Palestine through four stages from pre-1948 to Trump’s Middle East plan, Abbas said: “I challenge any of you, if you can even see us on the map. If you ask a child in first grade to draw Trump’s map he will never know how to.”

“This is a disgrace,” he added.

In fact, another story pointed out how he actually misrepresented the map, showing something from 2000; the vision’s conceptual map has a larger Palestinian presence than what he represented as Trump’s map. At the same time, it must be noted, that the Arab League’s head called for both sides to negotiate. I say the same.

Instead of viewing the vision as a launching point for discussions, politicians, the media and so many every day people have chosen to see the vision as the end point. And they aren’t happy, which I understand. But what I would like to see is each side find people who will take apart the proposal, and clearly delineate what they can live with and what they cannot. For each point they disagree with, they should offer an alternative vision of what they would like to see – and that they actually think the other side would agree to.

Instead of each side’s leadership ignoring the very pressing need to solve this issue and being blinded by the desire to stay in power, what if each side were to find new leaders who understood the need to relentlessly pursue peace? Instead of one leader promising to annex lands and the other threatening to cut off security cooperation if land gets annexed, what if each side embraced this opportunity, what’s left of it, as something to use as a jumping point for discussions and made it their mission to find its way back to the negotiating table?

Now, that would be a vision.