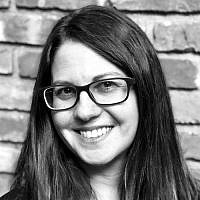 This week’s Parsha, Va Yak’hel, offers a detailed description of the building of the Mishkan, God’s dwelling place within the community. In Exodus 38:8 we learn a curious detail: Bezalel, the master craftsman, built the wash basin that stood before the altar “from the mirrors of the women who performed tasks at the entrance of the Tent of Meeting.”

Why build a basin out of mirrors? The classical commentators were captivated by this question. But perhaps it is a question that has resonance for us, today. What might it mean for us to follow Bezalel’s example as we build our dwelling places for God, as we create our contemporary altars?

Jewish tradition tends to take a rather dim view of mirrors (thanks to Rabbi Robert Scheinberg for this insight), linking them to excessive vanity. We cover our mirrors in a house of mourning not (or not only) out of humility, but because, according to tradition, demons like to hang out in mirrors, and people suffering loss are especially vulnerable to demons. (For more on this tradition, including its surprisingly wide cultural appeal take a look here.)

The meaning of the the women’s mirrors in this verse interested Rashi and Ibn Ezra. Both commentators saw the women’s gift as a selfless act, a spurning of vanity, a true sacrifice for the sake of building the Mishkan. Ibn Ezra wrote: “They had abandoned all of the vanities of the world…for ordinarily women have no other occupation than to beautify their faces every morning in copper or glass mirrors, and to arrange their hats…” That is some back-handed compliment! Cue eye roll.

Rashi offers a Midrash, which describes how the women were eager to volunteer their mirrors. Moses, however, rejected their gifts because the mirrors, used by the women to beautify themselves and entice their husbands, represented the yetzer ha’ra, (the evil inclination). God counters Moses, according to this Midrash, saying that the mirrors were ultimately used for a holy purpose, in that they facilitated the process of procreation, thereby transforming the yetzer ha’ra into something life affirming.

But mirrors are not all about vanity – they are also our means for seeing ourselves clearly, for facing ourselves; for, psychologically speaking, reflecting on our flaws and our gifts. Some mirrors reveal truth that is not only on the surface, if we are willing to see it. You may notice that when see your friend smile, you smile back without thinking about it -it it is a reflexive, unconscious action. That is because of something called “mirror neurons” – it is part of how our brains are wired. We mirror each other – on a basic and completely physiological level, and on just about every other level too – intellectually, spiritually. We learn about ourselves, who we are, and who we strive to be – by observing ourselves in other’s eyes.

In fact, the rabbis of the Talmud, who warned against vanity, also acknowledged that we cannot change without taking a good, hard look at ourselves. You can read the rabbis’ twist on the tale of Narcissus in the Babylonian Talmud, Nazir 4B. One might view this rabbinic tale as a recommendation for self-reflection as a means of personal transformation. To understand its meaning, it is important to note that the rabbis viewed the Nazarite (one who voluntarily accepts the vows described in Numbers 6:1-21) with some skepticism and disdain for his zealotry. But Shimon HaTzaddik (who was a high priest during the Second Temple period and one of the last members of the Great Assembly, and therefore had some serious rabbinical credibility) relates a tale of meeting a Nazarite who turned Shimon HaTzadddik’s assumptions around, softening his judgement. The Nazarite described to Shimon how he came to understand the folly of his vanity while staring at his reflection in a pool of water, and in that moment committed himself to a life of asceticism. Upon hearing this, Shimon HaTzeddek’s disdain shifts to deep admiration. In order to destroy our mirrors we must have mirrors in the first place, and the courage to look into them.

The copper of the mirrors the women donated was used to build the basin in which one must wash before approaching the altar. The women’s mirrors were the perfect building block for this basin, a container to hold waters used for purification. The mirrors, in their original form, reflected back to each individual the knowledge needed to take steps towards personal transformation. There is something holy in the act of melding all these individuals mirrors, melting them down and turning them into a collective mirror by which the community can seek to learn about and purify itself before approaching God.

When Building an Altar

Melt all of these mirrors
in the fire of loss and hope
When the metal begins to move and bubble,
when you have extracted some flowing grief –
mold it into a shining new basin
so you can wash your hands
before you approach

Your altar:
Its lighter than you think
Hollow on the inside, plated in copper
so that you can carry it with you
wherever you go