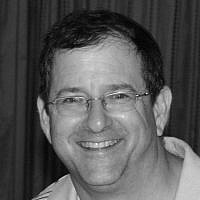 Israel is reportedly planning to implement some tighter restrictions tonight. Among them is to limit people to 100 meters from their homes. (Except for permitted excursions like work, food shopping, etc.) As a person who is totally on board with the basic restrictions that have been implemented to “flatten the curve” I believe that the most charitable thing I can say about this new one is that it’s counterproductive. Here’s my reasoning:

One of the top doctors’ recommendations to stay healthy and boost one’s immune system is exercise. Many, if not most, people exercise by walking, jogging or bike riding. This will thus increase people’s risk of becoming more severely ill if they catch the virus and will decrease their overall health and well-being.

It will create more social interaction, not less. As a real world example, I live on a fairly densely populated block. There are about 130 dwelling units. Conservatively, that’s about 500 people all within about a 100 meters of each other. So, rather than allowing people to disperse if they need to get out for some air, it will force them to congregate, putting pressure on social distancing. This will be an issue in apartment complexes and dense dwelling areas all across the country.

It will create psychological push back. If this goes too far, we will see rule-following, law-abiding citizens perceiving the rules as “too much” and not only will they not abide by this one, but they will start ignoring previous ones as well. And people who weren’t following the rules? Who thinks that this will make them start?

How will it be enforced? Will our civil liberties be further eroded as the “authorities” use geolocation to literally track our every move? Will police have to stop and question everyone on the street and ask them where they live and to show them an ID card? (Creating greater risk for both the cop and the citizen.) If people are in violation, will they be thrown into a crowded jail? Will people who are already struggling financially be fined?

The psychological impact of this is already staggering. Responsible people know how to mitigate it by taking family walks or finding secluded spots to get some green grass and fresh air away from it all. Basically, yet again, it’s a form of collective punishment affecting the rule-followers in a futile attempt to punish those who don’t.

I would imagine that the added stress will cause more drinking, smoking and drug use, in addition to stress related illnesses such as high blood pressure, strokes and heart attacks.

All in all, I’d say that regarding the virus and people’s general mental and physical health, this will cause more harm, not less.

About the Author
Michael Lipkin made Aliyah in 2004 from Edison, NJ to Beit Shemesh with his wife and four children. Since moving to Israel, Michael and his wife have been blessed with two new sons-in-law, one daughter-in-law, eleven grandchildren and a sabra of their own! Michael currently works as a tech liaison for a financial web site.
Related Topics
Related Posts
Michael Lipkin
Comments