The Blogs
Daniel Friedman
Apply for a Blog
Advertisement
Please note that the posts on The Blogs are contributed by third parties. The opinions, facts and any media content in them are presented solely by the authors, and neither The Times of Israel nor its partners assume any responsibility for them. Please contact us in case of abuse. In case of abuse,
Report this post. 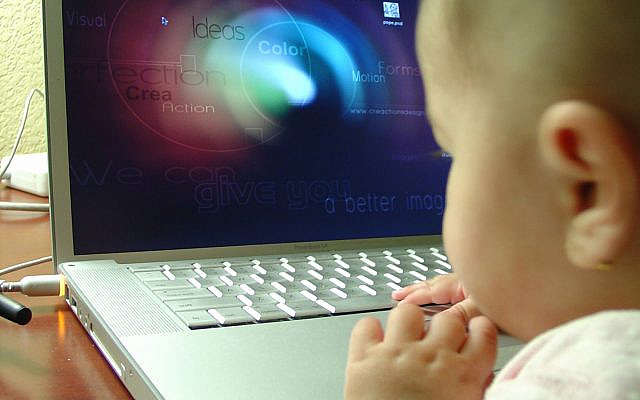 If the time spent in the womb served no spiritual purpose, why would Hashem have made such a lengthy gestation period?

After 20 years hoping and praying for a child, Yitchak’s and Rivka’s prayers are answered. Our matriarch conceives, but the pregnancy is far from easy. The pain intensifies every time she passes by a shul or house of idolatry. She is baffled and confused and goes to seek the counsel of Shem, the righteous son of Noach.

He informs her that she is carrying twins. But not just any twins. Twins who will be diametrically opposed in every aspect of their character. The prophet tells her that they will father two nations, two forces of spirituality in constant opposition to one another.

Sure enough, almost from the moment they are born, Yaakov and Esav exhibit completely different character traits. Yaakov, the lover of Torah becomes the ancestor of the Jewish people, while Esav pursues worldly pleasures and becomes the symbolic forebear of Rome.

Rabbi Meir would say: How do we know that even fetuses in their mothers’ wombs sang the shira at the Red Sea? For it says, “In assemblies, bless God, Hashem from the womb of Israel.”

Why would unborn children have sung the praises of Hashem in utero? They did not experience the bondage in Egypt and did not witness the miracle of the splitting of the Red Sea! What message is Rabbi Meir seeking to impress upon us?

A couple who were about to give birth came to their rabbi for a blessing.

“Rebbe, when does the mitzvah of chinuch – educating our child – begin?” they inquired.

“Nine months ago,” came the response.

Think about it this way: If the time spent in the womb served no purpose, why would Hashem have made such a lengthy gestation period? Our tradition abounds with ideas about the spiritual journey of a baby during these nine months. The story of the struggle between Yaakov and Esav is but one example demonstrating the awareness of the fetus. The underlying message of the Midrash is that an expectant mother should already frequent holy environments in order to enhance the spirituality of her child. And perhaps, the most famous teaching concerns the angel who enters every womb to teach the unborn baby the entire Torah prior to its birth. At the last second, however, with a clip of the mouth the baby forgets all the Torah it has learned.

What is the purpose of teaching the entire Torah if the angel will subsequently cause those teachings to be instantly forgotten? Classically, this idea is understood as a source of strength and encouragement. It’s difficult to learn something new for the very first time, but a review of previously studied material is easier. Anytime we encounter Torah that seems too hard to comprehend and we’re tempted to give up, we’re reminded of this teaching of our Sages. Keep at it! You’ve learned this material already! You can do it! It’s just a review of your previous learning!

But the underlying message to new parents goes even further. If our children are privileged to learn Torah in the womb, then we are most certainly obligated to continue their Torah education the second that they take their first breath in this world. There’s no shortage of naysayers who accuse those seeking to instill Torah values in their children from a young age of “brainwashing” their children. “Let them grow up and make their own decisions about how to live their lives,” they say.

Do they really believe what they’re saying? Would they apply the same “standard” towards secular subjects and western behavior? Would they say, “Let them grow up and decide whether the 3 R’s are important? Would they withhold life lessons such as table manners and proper etiquette from their kids? Of course not. To deny children a basic education and basic values would invite allegations of neglect and abuse. And if we are concerned about imbuing our children with the right worldly values, conduct, and education,  then we must certainly imbue our children with strong Torah values and a solid Torah education from the earliest age.

When it comes to instilling Torah values in our children, it doesn’t just happen when they’re in the classroom learning aleph-beis. It happens every minute of every hour of the day. Every moment is a teaching moment, from the Modeh Ani that we whisper to our babies as they wake up in the morning until the Shema that we sing as we rock them gently to sleep. Some of these lessons will be conscious, but most will be the consequence of their natural tendency to watch and emulate the conduct of their parents.

Let’s return to our scene at the splitting of the Red Sea. The Children of Israel have walked through on dry land. They’ve watched the Egyptians attempt to pursue them, only to be enveloped by the rushing waters. They turn their eyes heavenward and sing out in gratitude.

But, in particular, the joy of the expectant parents knows no bounds. What God has wrought upon the Egyptians could well have been the fate of their children. Pharaoh’s decree to throw every baby boy into the Nile meant that every pregnancy was filled with dread at the prospect of the birth of a boy. And so, the joy of these parents was far greater than that of any other Israelite. It permeated their entire being and every bone of their body – including the unborn child – was enraptured with gratitude to Hashem.

Chinuch means more than just education. It means dedication. As parents, Hashem does not just ask us to educate our children. He wants us to dedicate our children to His service. That only happens when we live and breathe Torah into them. Everything you do influences your children. What you look at, where you go, what you listen to – all make their mark on your dear little ones. It’s a huge responsibility to raise a child – you are now the bearer of the mesorah ­– the tradition that your parents handed down to you and that you, in turn, will pass on to the next generation.

Parenting is one of the most Heavenly pursuits in this world. When we parent our children, we emulate the Almighty, our Father in Heaven. May your home be a Divine environment and may you instill within your children the timeless values of the Torah, so that they too sing out in praise!

(Excerpted from The Transformative Daf: Kesubos 1)