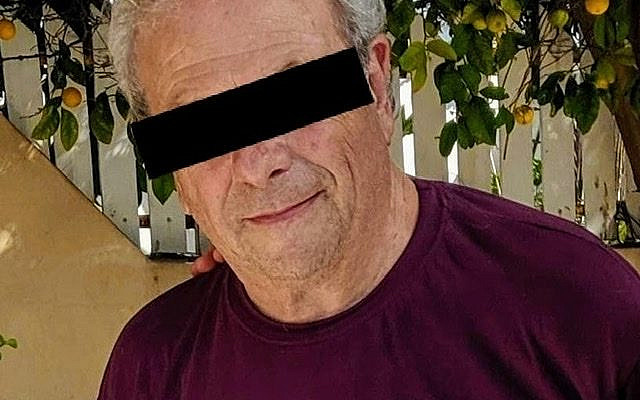 Pnina arrived in Israel as a four-year-old with her five brothers and father. Part of “Operation Moses”, the secret mass airlift of Jews from Sudan’s Khartoum Airport between November 1984 and January 1985, she was joined by her mother in Israel years later.

George Floyd died in Minneapolis after a policeman knelt on his neck even as he said he could not breathe.

In between them, I produced my latest podcast on another extraordinary Israeli humanitarian mission, a supreme act of brotherhood between black and white people.

“Operation Brothers” was not carried out by an NGO but Israel’s secret service, the Mossad, with the total and willing cooperation of Ethiopia’s Jews.

None of it would’ve been possible without unity of purpose; a joint will to liberate and be liberated; to fulfil a generational longing to return unto Zion.

After losing eight elections, Menachem Begin had finally become Israel’s prime minister and within a year of coming to power, he’d handed Mossad a simple command: “Bring me the Jews of Ethiopia”. He didn’t care where Jews were from or what colour they were. Justice must be Israel’s basis.

As a statement of intent on his very first day in office, Begin decreed that hundreds of (non-Jewish) Vietnamese boat people be given refuge in Israel.

Begin had both humanity and faith in humanity.

As Ethiopia descended into civil war in the late seventies, thousands fled from their ancestral homes to horrible Sudanese refugee camps.

They’d walked hundreds upon hundreds of miles through mountainous terrain and desert, avoiding army, police and even wild animals. By reaching this interim Babylon, they might make another step on the road to a new life in Israel.

In the face of deathly danger, the Jews were spirited out of those hellish shanties by the courage of young Ethiopian Jews soon to be appointed Mossad agents.

And partnership doesn’t cover it. This was a brotherhood forged in its very title, “Operation Brothers”.

Alongside Raffi on the podcast, I interviewed the Mossad commander, “Dani” who described his mission partner, Ferede Aklum as “me, in black”.

Cast your mind back just three years to the millions fleeing North Africa and the Arab world for the promise of a better life in Germany, France and Britain. There was not one Jew among them.

Before Israel, just imagine how many hundreds of thousands, possibly even millions of Jews there might’ve been among those masses, how that would’ve quelled the Refugees Welcome mats laid out at Hauptbanhofs across Germany – and how many would’ve been murdered en route through Europe.

That the challenge of Jewish refugeehood is down to a mere intermittent trickle is proof of Israel’s unequivocal force for good in the world.

Nation states rooted in higher callings than judging people by the colour of their skin are the future of pluralism and racial harmony.

Because there is something greater. It is faith. Faith in each other and in common cause. Without faith, without brotherhood, Operation Brothers would never have happened. Dani describes to me how he drew on his personal faith at times when he wondered what he was doing in places G-d forgot during five long years.

Without faith, however faith manifests itself in a person’s heart, we are a lesser  species.

All lives matter. All lives are sacred.

About the Author
Following a 30-year career in broadcast journalism, Jonny Gould’s now a prolific podcaster, fast emerging as Anglo-Jewry’s go-to-interviewer. As a news commentator at Sky News and BBC Radio, Jonny frequently raised concerns on what he saw as the new threat from the hard-left led by the British Labour Party. From 2016, he earned a reputation for outspoken views rarely voiced on UK TV. In response to the unchecked and sudden rise of antisemitism Jonny Gould’s Jewish State was launched. The podcast serves as an archive and library of one of the west’s oldest Jewish communities and is a window into the dynamic of the day for world Jewry. Jonny is now also a presenter at TalkTV.
Related Topics
Related Posts
Comments