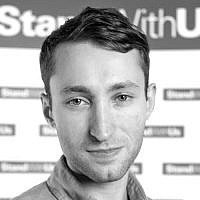 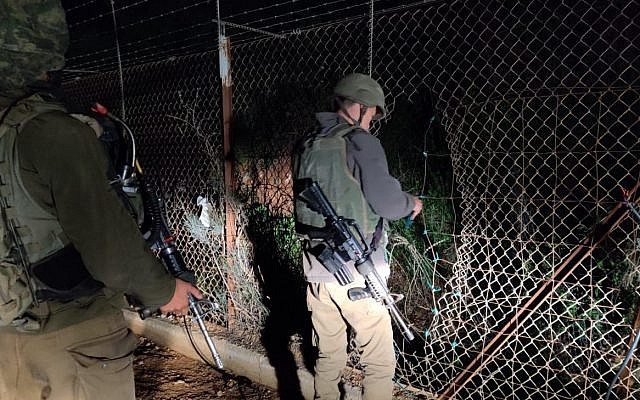 On April 15th, a Hezbollah vehicle was allegedly struck by an IDF drone in the town of Jdeidat Yabous, on the border between Lebanon and Syria, in broad daylight. Two days later, three sections of the Blue Line border fence between Israel and Lebanon were damaged. What follows is an analysis of the situation, and potential next steps.

Initially, many things seemed odd about the pictures taken at the scene of the strike: most notably, perhaps, the fact that nobody was killed. Reports claimed at the time that two missiles were launched — one which was aimed to land in front of the vehicle (as a warning, potentially), and a second that hit the vehicle after the Hezbollah operatives rapidly exited. Photos that emerged from the scene seemed to corroborate that telling of events, and the CCTV footage released two days later confirmed it. 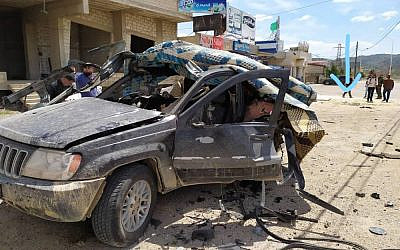 In the video, the Hezbollah operatives spend a good few minutes running back and forth, taking equipment out of the vehicle and even managing to close the door after exiting on their last trip. Only then does the second missile land, destroying the vehicle.

CCTV footage from the alleged IDF drone strike 2 days ago on the Hezbollah vehicle on the Syrian-Lebanese border. pic.twitter.com/1SoH0X5XBy

Photos that were taken some time after the strike show a carpet covering the back half of the vehicle. Is there perhaps something that the operatives didn’t manage to retrieve?

Syrian media reports that a vehicle was struck by IDF drone on the Lebanese-Syrian border, unofficial reports say the vehicle belongs to Hezbollah. pic.twitter.com/PCigJJrbSI

About one hour after the strike, the Lebanon 24 news site said Hezbollah would shortly make a statement, yet the statement never arrived. Radio silence from Hezbollah regarding the strike continued until the evening hours of April 17th.

That night, at around 8PM, both Israeli and Lebanese civilians started to report that flares were being fired into the air over the Lebanese town of Meiss El Jabal, right on the border with Israel, indicating a potential infiltration. A few minutes later the town of Metula’s security department posted a message to citizens, telling them to avoid the eastern side of the town due to a hole in the fence protecting against infiltration from Lebanon. A third infiltration was suspected near the town of Avivim, where Hezbollah had previously fired an anti-tank missile at a military jeep and IDF base. These developments grew increasingly worrying as events played out — the distance between these three areas totals around 25 kilometers, after all. If Hezbollah managed a coordinated breach of the fence along distant and multiple areas on the border, it demonstrates a growth in their organizational and military skills that could threaten IDF dominance in a future conflict. 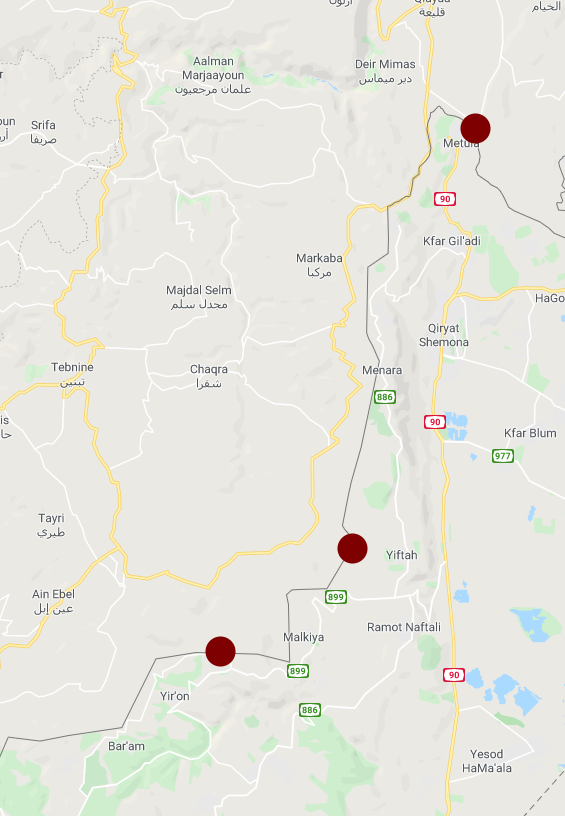 Approximate locations of damage along the Blue Line border fence between Israel and Lebanon.

Hezbollah broke their silence while the flares were still up in the air, but their message to the media was awfully strange. It sounded almost like they were, as with the carpet, obscuring and withholding information. They claimed that reports of Hezbollah activity on the Israeli border, which were spread on WhatsApp news groups, were “completely false,” and left it at that.

Both sides didn’t, and don’t seem to be interested in an escalation: the IDF didn’t claim responsibility for the strike, even though it was on a vehicle that had tinted windows, lacked license plates, and was covered with a carpet after the strike. Hezbollah, for its part, was quick to deny the reports of activity in the area on the night of April 17th.

Based on the evidence and official statements, it is fair to conclude that the IDF sent Hezbollah a warning with the strike, and allowed the operatives to escape unharmed. Hezbollah, in turn, sent Israel a warning by damaging the fence in three locations, all of which are distant from each other, but didn’t infiltrate into Israel. This joint display of capabilities may be meant for nothing more than building deterrence, but involves a dangerous game that could lead to an unwanted escalation at any point.

After all, the IDF’s spokesperson stated that “The damage to the fence is a very serious event,” and reiterated that the IDF “sees the Lebanese government as responsible for actions from its territory”. When the two sides are still engaged in rhetoric of that level, it seems clear that this event is far from over. What follows may be another warning, and another tit-for-tat engagement, one that could tip the region into war once more. Still, in this fragile moment, that largely depends on next steps by both actors. Analysts should be watchful of signs from both that indicate what next moves will be chosen.

About the Author
Emanuel (Mannie) Fabian made Aliyah in 2005 from London. Served in the IDF and is currently residing in Be'er Sheva as a B.A student of Communications and Middle Eastern Studies.
Related Topics
Related Posts
Comments