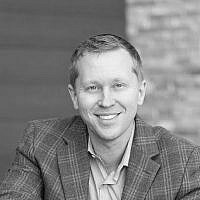 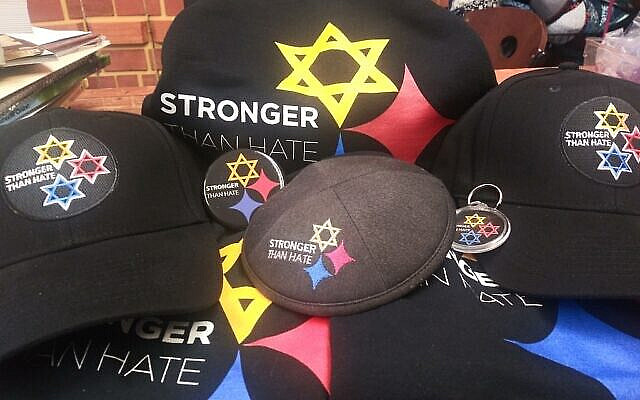 Before even knowing that hateful bile would very publicly visit motorists in Los Angeles, I knew going into Shabbat Bereishit that last week would be emotionally draining.

Over the last three years, as the leaves fall from the trees and a crisp chill marks my Shabbat morning walks, the last week of October takes my thoughts to the tree lined streets of the historically Jewish neighborhood of Pittsburgh. Part of my heart in October and year-round is with the families of 11 innocent Pennsylvanians who did something that I have done since kindergarten – regularly visiting a house of worship.

The Danish philosopher Søren Kierkegaard wrote “Faith sees best in the dark.” For many in the American Jewish community, as each month since Pittsburgh seems to grow darker, keeping the faith has been particularly difficult. While prayer is hopeful by definition, hope is an all too fleeting emotion when our houses of prayer are either fortified or protected by armed security or, in many instances, both.

In 2020, the Federal Bureau of Investigation reported that Jews, who make up less than 2.5 percent of the total adult population in the United States, were on the receiving end of nearly 55 percent of all religiously motivated hate crimes. Behind the statistics are physical bruises, fearful children, defaced property, desecrated cemeteries and real questions about the future of our nation as she approaches her 250th birthday.

Indeed, the year began when on another Shabbat at another synagogue, international news programs interrupted their programming for breaking news. The world watched depraved bigotry – a deranged man traveling nearly 5,000 miles from London, England to suburban Texas because of a desire to harm Jews.

Before a fleeting national dialogue where celebrities, elected officials and media personalities weighed in on antisemitism largely in less than 280 characters, incidents of hate toward Jews online and offline have marked each week of this calendar year. The epidemic of hate continues to come from the far right and increasingly the hard left.

Yet, amidst this backdrop, by the end of last week, I began to not only understand why President Joe Biden has often quoted Kierkegaard, but also the Irish poet Seamus Heaney who suggested that hope and history can indeed rhyme. The phrase invokes healing, reconciliation and unity rather than vengeance and division.

During a week when I need hope, three separate times last week, hope rhymed with history.

A historic breakthrough between Israel and Lebanon has set the stage for a more prosperous region. The maritime border agreement signed in Naqoura, Lebanon advances a vision of more physical security and economic integration for two countries who must remain hopeful about the future and not dwell on the difficult past.

Most visibly, last week Israeli President Isaac Herzog’s visit to the Washington demonstrated for bitterly divided and politically charged Americans and Israelis that certain things must rise above politics. The ironclad commitment of the United States to Israel is one such thing. The principles, values and ideas that founded our democracy in the United States are the bedrock of Israel’s equally hyper-partisan democracy.

After Shabbat Noach, as this new week began, the world learned how Holocaust denial and antisemitism were laced throughout the conspiracy fueled worldview of another deranged attacker. The victim, Paul Pelosi, was not Jewish. However, the assailant further proved that hate is hate and there is a potent toxicity that has engulphed our public discourse.

Yet, for a fleeting few days last week, when I particularly needed it, hope and history rhymed.

About the Author
Ari Mittleman is a proud Jewish father and husband. He lives with his family in Pikesville, Maryland. As a native Pennsylvanian actively involved in the Jewish community, the tragedy in Pittsburgh compelled him to author his first book, Paths of the Righteous by Gefen Publishing House.
Related Topics
Related Posts