The walls of the ancient Kasbah of Nablus were plastered with posters of suicide bombers back then. Each poster had a little film strip at the bottom lifted from the news showing the carnage they inflicted. These posters were interrupted only occasionally by a picture of Arafat with a heavenly light beaming down onto his face. There were so many posters you could barely see the stone behind them.

I return to that period every day of my life. Every day since my release from the army I’ve thought about the best way to tell you the story of what we did. It’s been 15 years since I joined the IDF at the height of the al Aqsa Intifada. That’s a lot of time to gain perspective and a lot of time to spend remembering. I have a family now, I have a child and another on the way. Still I think back to Nablus, to the days when I wore green and carried a rifle and hunted the enemy.

I think back to the days when we were doing line duty in Migdalim, a settlement near Nablus. We would regularly drive into a village called Kutsra just at the foot of the hill Migdalim is built on. Every time we drove in, we hoped the kids there would throw stones and glass bottles at our jeeps so that we could jump out with stun grenades and gas grenades and fight the mini rioters. Then there was that day when we drove in throwing chocolates at them instead of riot control munitions and held our own little peace process right in the center of town.

In the army, I met the men who would become my brothers in arms, friends for life. Some are from from cities I’d heard of, like Jerusalem and Beersheba and some from towns I’d never heard of, like Reut, Har Gilo and Tekoa. Our team was so diverse it was as if someone in the IDF had decided to construct a team with soldiers representing every part of the country and then throw in a lone soldier from England for good measure. For what tzevet is complete without a lone soldier?

I lived in Tel Aviv during my service and drank at Mike’s Place whenever I was home. Then it got bombed by British volunteers of an entirely different kind to me, and I carried on drinking there anyway, because f*ck them.

I lived on Kibbutz Dalia for a part of my service too. I spent my days in a combat zone a mere bus ride from my home. Perhaps it’s a distinctly Israeli thing to experience that kind of intimacy with your enemy. Your home and their home are next door to one another, but separated by different dimensions.

Eventually that kind of sudden change became too much to bear and I would lock myself in my room on kibbutz and just wait for my time off to end, petrified that being in a “normal” place would erode my ability to function in Nablus.

There is so much to tell, so many memories swirling around the recesses of my mind. There were missions to arrest bombers, ambushes, sweeps through whole villages, jeep patrols that lasted for eight hours at a time, there was the sight of the dirt kicked up next to me by seven shots fired in quick succession by a man called Fuddy Buddy, who we were on our way to kill or capture but never quite reached.

There was the time I was engulfed in an explosion of pure white light, the flashbacks from which came to me again and again once I was back in London. I’ve told you about all of them in Beyond the Green Line.

I remember the desperation I felt to go back to that time and place as soon as I was out of the army, as I felt like my world had changed and no one I knew from home had, and that the only people I could talk to I had left behind in Israel.

My memories of the army burn through me, reminding me that there were times when I was hungry and cold and tired and under threat…and with my tzevet. They remind me that there was a time when my own life was forfeit in the service of a nation. Sometimes I remember feeling like a holy warrior staring at one person who won’t blow themselves up because we arrested them. When I looked at a suicide bomber, I didn’t see a terrorist, but 30 people who were going to live for him (or her) being taken away.

I feel ashamed about the fact that civilians were caught up in it all, the people who were never suspected of doing anything, but who happened to have a window overlooking some tactically important place that we needed to use. I feel ashamed at enjoying running battles with stone throwers, about the man I was sometimes. I feel despair about the future generations destined to repeat my experiences as I repeated the experiences of those who went before me.

These memories are seared into me and now I can only hope that I have succeeded in portraying my reality of those days to you. That you will read the book I’ve written and that you’ll understand a little about that time in the al Aqsa Intifada that still burns me inside, that still shapes my identity.

Hesitantly, with shaking hands and adrenaline coursing through me, I entrust those memories to you.

My book, Beyond the Green Line, is available from Amazon in paperback and ebook format and soon from ibooks. 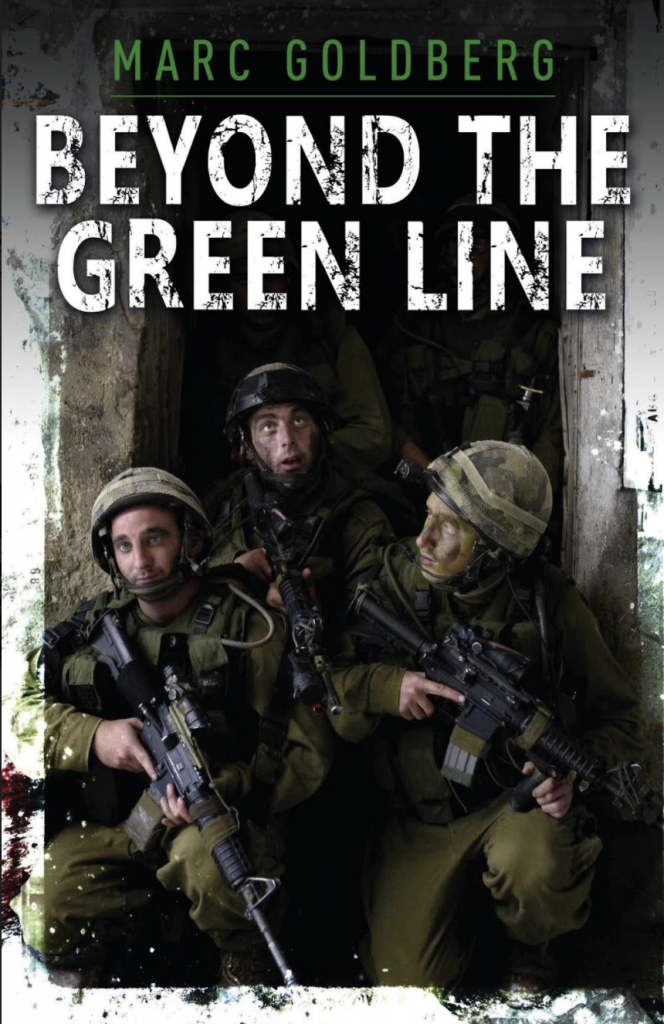