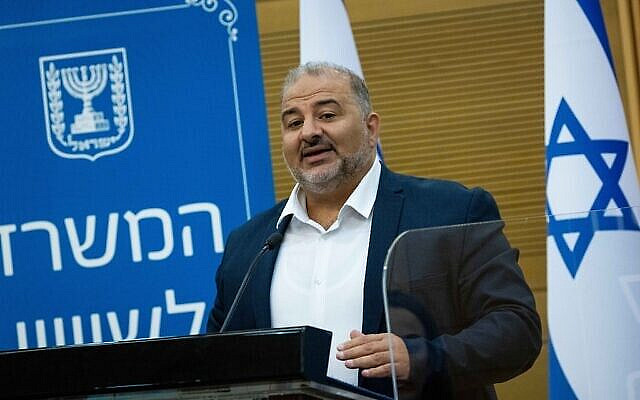 One of irony’s definitions is as “incongruity between what might be expected and what actually occurs.” I think about two things that took place recently and, when I place them side by side, see an ironic situation, one that offers food for thought.

Mansour Abbas, leader of Israel’s Islamist Ra’am party, offered a very pragmatic statement. “The State of Israel,” he said at Globes magazine Israel Business Conference, “was born as a Jewish state, and the question is how we integrate Arab society into it.” When asked further, he elaborated, “The State of Israel was born as a Jewish state. That’s the people’s decision and the question is not about the identity of the state. It was born that way and that’s how it will remain.” As Globes itself emphasized, “No Arab member of Knesset has ever said that.”

It is a significant pragmatic recognition of facts. He adds that the struggle that needs to be tackled is that over the “status of Arab society as a collective in the state as it was born.” That is, the framework itself is not to be disputed.

As Kenneth Jacobson pointed out in his well-written Times of Israel blog, “If the Abbas message gains traction among different ideological groups, the path can be opened for greater cooperation between Jewish and Arab communities in Israel on common problems and challenges.”

So, on the one side, we have an Arab Israeli not only acknowledging the fact of the state that has been in existence since 1948, but offering with his words, an opening to much needed dialogue – dialogue about inequity in society and about how to address it, about what the future for Palestinians could and should look like, about the roles that the partners to the Abraham Accords could play.

And then, on the other hand, we have what transpired at Jewish Currents magazine this week. The juxtaposition could not be more dire.

The magazine not only apologized for an ad that it had run, but promised to review and publish its advertising guidelines. “This ad is not in line with our values as an organization dedicated to reporting on and opposing Israeli human rights abuses,” it tweeted. What was the ad that made their editors so upset? It was for a fellowship that people could apply for that would give them a year of study in Israel.  And whose fellowship could be so awful that it would require an apology so vehement? Was it from some anti-Palestinian group?

The Dorot Foundation describes its program this way, “The Dorot Fellowship is a unique opportunity for young American Jews to spend 10 months in Israel, diving deep into complex realities of personal and collaborative leadership, social change, Israel, and Jewishness. The Fellowship is a distinct blend of independent and communal learning, as we believe that learning effective, collaborative leadership must happen within a community. Fellows and educators come together for extensive dialogue, travel, and study.” Their Statement of Inclusion further notes that, “We recognize that approaching our work with an equity lens is an evolving process and we are committed to learning at every step of the way.”

As United with Israel pointed out in its coverage of Jewish Currents’ statement, not only has the magazine rejected a progressive organization, but it does that to a fellowship whose alumni include a co-founder of IfNotNow and others who support delegitimization tactics. (Note, the article also included my tweeted response to Jewish Currents’ act.)

What does this all mean?

It means, as I tweeted, that a Jewish publication “is marginalizing an organization whose fellowship promotes inclusion because it takes place in Israel. That is, Jewish Currents is demonizing and delegitimitizing Israel…”

Jewish Currents is rejecting a program because it takes place in Israel.

In my eyes, its act is tantamount to adopting two of Natan Sharansky’s “Three Ds” (his test of ways to distinguish legitimate criticism of Israel from antisemitism) as a guideline of whose advertising dollars to take or not take, whose programs to endorse or not endorse. How can any organization which purports to advocate for human rights do that fairly and report objectively while simultaneously deleglitimizing and demonizing Israel? Do they not see that this speaks to their own credibility?

This is bad enough, but to juxtapose it alongside Mansour Abbas’s pragmatic call to recognize that Israel exists, that it was founded as a homeland for the Jews, and that it needs to work on improving the lot of all its societies – for me, this is striking.

As Mansour Abbas – and all peacebuilding groups that want to make things better – know, the only way to ever move forward is to open dialogue, roll up sleeves and get to work. And that can never be done while shutting down ads for opportunities to live, learn and make a difference. 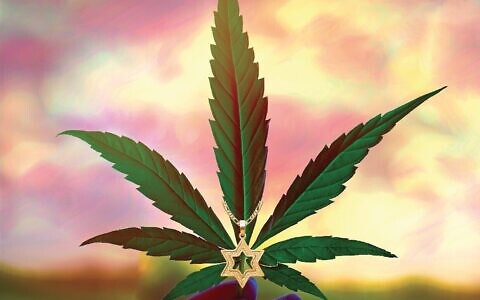 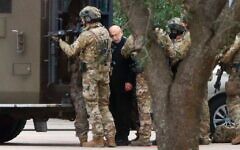 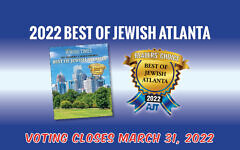 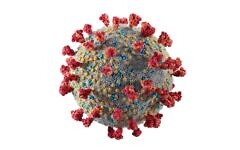 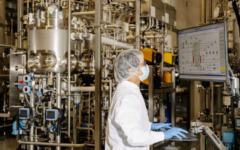 The Future of Meat
Bob Bahr 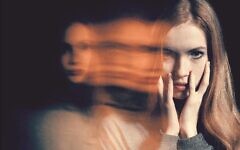 Are Anxiety and Depression Getting Worse?
Chana Shapiro