The Blogs
Catherine Szkop
Apply for a Blog
Advertisement
Please note that the posts on The Blogs are contributed by third parties. The opinions, facts and any media content in them are presented solely by the authors, and neither The Times of Israel nor its partners assume any responsibility for them. Please contact us in case of abuse. In case of abuse,
Report this post. 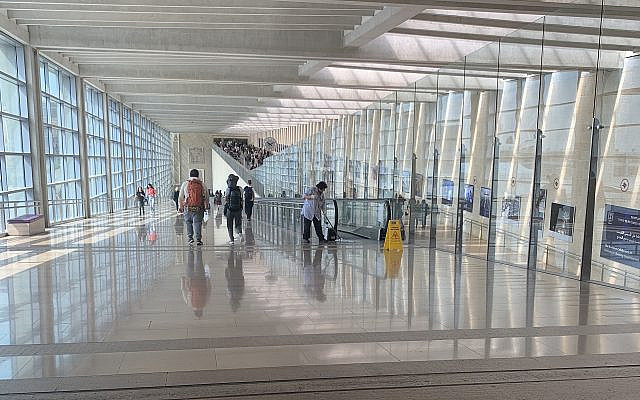 Arriving in Ben Gurion airport on the morning of August 5th, 2019 (Catherine Szkop)

“We just need to get Catherine on that plane to Israel”, an old camp friend said as she helped me dig through piles of garbage bags in search of my missing laptop. They say that no young person moves to Israel without experiencing some type of trauma beforehand and my personal journey before I arrived wasn’t easy, to say the least. Aside from the expected pre-departure stress of preparing to move to another country thousands of miles away from my home state, last year I came back to the US after my summer internship in Warsaw to discover the majority of my mother’s house in ruins and my personal belongings destroyed. I later discovered that not a single childhood picture remained.

During my short four week stop in Southeast Michigan, everything that could go wrong did. My mother went missing the day that she was supposed to pick me up from the airport, but my friend KC kindly chose to leave work in order to help me and we went to my mother’s house to pick up whatever remained of my personal belongings. I ended up crashing on her couch for two weeks with my cat, although my sweet Tody ended up staying at her place longer than I did, until another friend who hadn’t found a subletter for the summer allowed me to stay in her room for free until I left for Israel. Despite my efforts to convince my father to help me or at least sympathize with me as I had assumed an innumerable amount of responsibilities with my mother in the hospital, he simply asked me “who’s Catherine?” every time I called him. To cover the cost of damages to my mother’s house and other essentials like an Israeli visa, I spent more money in those four weeks than I did when I was in Poland for my internship.

I tried to offset my expenses by working as a van driver for an electricians’ conference in Ann Arbor and even though the hours were brutal, I worked from 5 am to 3:30 pm, I could still hang out with some friends in the evenings and catch a few episodes of the Bachelorette. Believe it or not, with all the anxiety attacks I endured during that time, digging through months-old trash to try and find my laptop was a sort of release since there was a finite number of bags and a definite end goal. Some random guy I matched with on a dating app even asked me if he could help; don’t worry, I didn’t take him up on the offer. Eventually, Jackie and I found the laptop after searching for three days and we celebrated by going to dinner at Olga’s Kitchen. So many other unfortunate, unexpected burdens fell on my shoulders that July, like my car not starting even after two of my guy friends changed its battery, but what I really remember is how so many people selflessly helped me during such a vulnerable time in my life and for that I am eternally grateful. 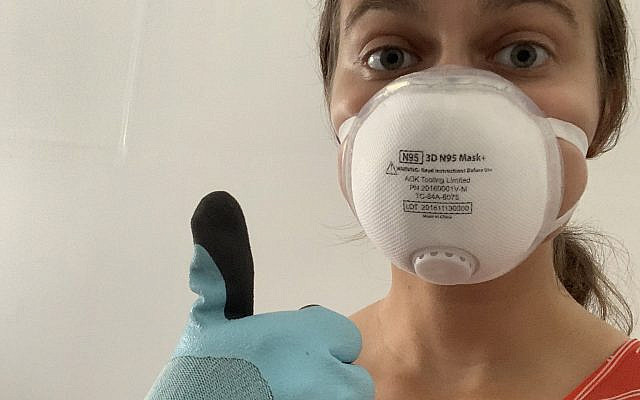 I beat everyone to the “COVID attire” when I had to dig through months-old trash on July 13th, 2019 (Catherine Szkop)

Right before I boarded my plane bound for Tel Aviv in the Newark airport, not knowing when I would return to the US except that I would for sure have a different phone number when I did, I texted a few of my close friends from high school and college that I was officially about to leave for Israel. I remember that no one responded to any of those texts before I had to put my phone on airplane mode. At that moment, I felt like I was really leaving my old world behind as I left for a new one in Israel, which wasn’t exactly a bad thing considering everything I had endured during those few weeks. Once we finally landed on the runway of Ben Gurion airport, I couldn’t help but tear up just a little because despite all the pain that I bore up until that moment, I had made it. 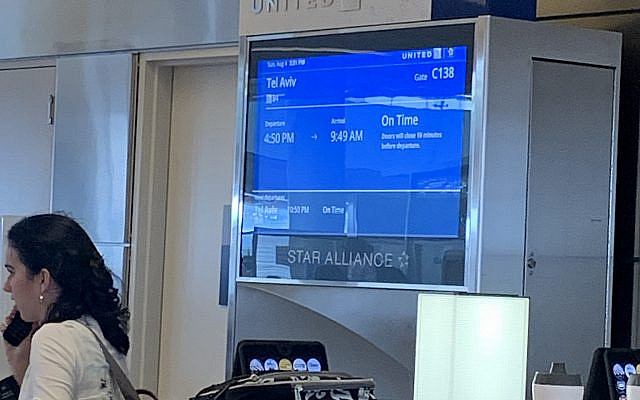 At my gate in Newark just before boarding on August 4th, 2019 (Catherine Szkop)

I’ve lived what feels like a thousand different lives, from foster care to Catholic high school, and even with all the ups and downs that come with living abroad on top of 2020 in general, the life I’m living in Israel happens to be my favorite so far. I’ll forever be grateful for choosing to move to Israel in August 2019 and maybe even more so for deciding to frantically return on March 11th right before Israel shut its borders for what came to be the first lockdown of the pandemic. Israel became Israel to me when I had nowhere to go, nowhere to sleep, no money, barely anything to eat, no family, and no back-up plan. Even though I can’t compare my experiences to that of the early immigrants who sought refuge in Israel and could never return to their countries of origin, I related to their hopeless, exhausted plea to just rest, to just be without fear. From eating off of a tupperware lid and having one plastic spoon the morning I left for Israel, I definitely did not feel like “a stranger in a strange place” (as an Israeli once asked me) when I arrived. It felt like I had just been embraced and welcomed into a place I could call home, at least for a little while. 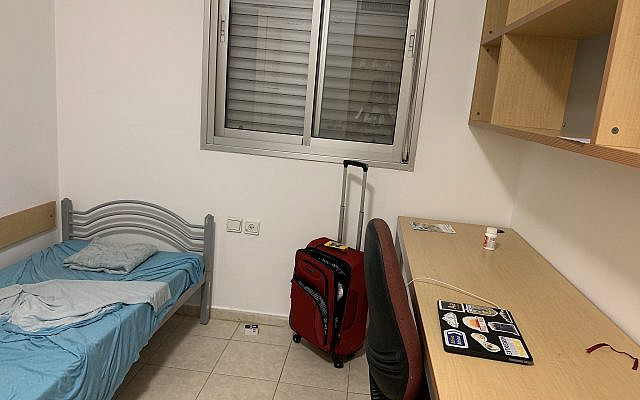 My room in the Hebrew University Student Village on August 5th, 2019 (Catherine Szkop)

Reflecting on all the turmoil of 2020, I noticed that I had forgotten just how I came to this tiny, dynamic country: desperately leaving behind the troubles of the past and clinging on to what was certainly a much brighter future. The struggles that made Israel become Israel to me. So as we head into the new year, here’s a question I want us all to reflect on. Through the good and the bad, what made this year “2020” for you? What were the defining moments that brought you the deepest of pain and the fullest of hearts? Whether there was more suffering or joy this year, don’t make the mistake of completely removing all that you have lived because one way or another, there is a “what” to our 2020. I can only hope that 2021 will be better for all of us.