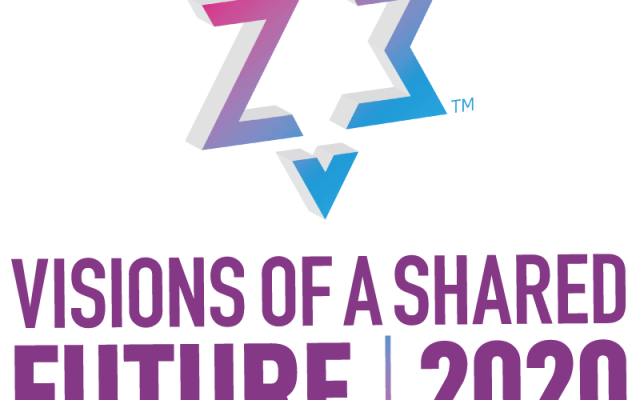 Parallel to the founding of Zionism in the late 19th century, the JCC movement was founded in the United States to serve social and communal needs of a growing population of Yiddish speaking eastern European Jewish immigrants. I grew up as a 3rd generation Coloradan due to great grandparents on both my mother and father’s families who’d left Poland/Russia Pale of Settlement in search of a better more secure life across the ocean in north America. My formative years were spent in all manner of activities hosted by the local Denver JCC including sports, cultural events, communal events all focused on building an identity as part of the Jewish people.

Zionism in the late 19th century was still in its early stages, advanced by journalist and political activist Theodore Herzl as a political response to violent antisemitism, advocating Jewish self-determination via a return to the place of Judaism’s birth, which was then known as Palestine. From 1897 which saw the first meeting of likeminded European Jews embracing Zionism in a Zionist Congress, until the 1948 realization of the ultimate goal, Zionists progressed from milestone to milestone adjusting the vision as needed to successfully attract support of world leaders.

This pre-state period is what Palo Alto JCC CEO Zack Bodner calls “Zionism 1.0” in line with his Northern California surroundings, software development center of Silicon Valley. After a distinguished career as AIPAC’s Northern California Regional Director, Bodner was recruited to head the Oshman Family Jewish Community Center which has become a leader within the JCC constellation. Over the past 5 years Bodner via the JCC community, has developed and grown an inclusive event to envision an updated Zionism he dubbed Zionism 3.0 or Z3 which is kicking off it’s international Zoom conference December 10 – 17.

In Bodner’s appraisal Herzl’s original vision for an independent homeland and center of international Jewry succeeded in 1948 with the establishment of the modern State of Israel. To realize a working, living, thriving entity Israel’s founding generation had to adapt the vision to the reality of modern state building.  Mission #1 absorb Jews (including hundreds of thousands of deeply traumatized Holocaust survivors) of all ages and nationalities who spoke the language of their home country and brought various religious and cultural practices they identified as Jewish  – creating a cohesive national identity with no time to spare. Zionism 2.0 is today’s result which continues to evolve as Israel faces internal and external challenges.

While the State of Israel has become a thriving productive member of the community of nations, many still feel it faces both existential threats – from 3 generations of displaced Arab/Palestinians supported by a segment of Islamic Middle East neighbors who reject a Jewish state in their midst – and intra-communal strife in its relationship with worldwide Jewry still known as the Diaspora. Thus the Palo Alto JCC led by Bodner along with Z3 project director Israeli-American Rabbi Amitai Fraiman, invite anyone who cares about Israel’s future and relationships among Jews and Israel to envision the next iteration of Zionism, dubbed Zionism 3.0.

This has become an increasingly hot topic in Israel as major high profile institutions have sponsored two recent conferences Judaism Israel and Diaspora hosted by Haaretz newspaper in conjunction with Hebrew University, The Jewish Agency for Israel, U.S. based Ruderman Family Foundation and Oshman Family JCC Palo Alto, California. Speakers and facilitators address a largely Israeli Jewish audience in an effort to engage topics of improving relationships and understanding between Israeli Jews and worldwide Jewry who care about and work to ensure a thriving Israel.

Z3 hosts a similar event inviting prominent Israelis and American Jews to an open conversation envisioning a new iteration of Zionism which takes up the unfinished work of the past generations of Jewish Zionists both within and outside Israel. It’s a worthy mission and all are invited to attend and participate.

As Hanukkah 2020 is celebrated this coming Thursday December 10th the Oshman Family Palo Alto JCC invites you in the spirit of the season to it’s 6th Z3 conference Vision of a Shared Future. See you there!