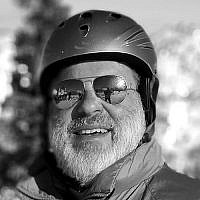 The government is failing the people. It is eye opening to see the response of our government to the financial plight of a huge percentage of the population. Frankly it is feeble and more so, downright insulting.

The average person is struggling to cove their living expenses. This becomes even more acute for atzmaim, independents who cannot expect unemployment. Yet the mortgage still needs to be paid. Oh, I hear you say the banks are so generous, they will suspend your mortgage payment for four months. Great!, and in meantime the interest compounds and compounds and will need to be paid at some point (usually spread over the balance of the loan). Moreover, you need to ask them to do so and it does not come into effect until after the payment following the request. That is not relief, that is just insulting. Quick question? Who is funding the massive fines that the banks such as Leumi and Hapoalim are paying the US Justice Department for dishonest hiding of illegal funds? Not the bank administrators or the main shareholders, no, it is the average Yankel who is paying for their travesties. Do we not deserve something back?

The US government is handing out to each citizen no questions asked between $1200 – $2400 plus $500 for each child under 17. This is round one with a second round potentially being given out if the crisis prevails for another few months. What is the Israeli government offering? A paltry couple thousand shekels.

The US government has rolled out a huge rack of forgivable loans for companies with low interest and few strings attached. What is Israel doing? Nothing very much. I speak to friends whose businesses are stressed or shut down and almost no help is forthcoming. In fact most are saying that banks have increased loan rates.

Our government is afraid to go into the red. It expects us citizens to dig deep but is not willing to reciprocate. I have to presume that it hopes that after the crisis things will bounce back. That is fanciful thinking.

The government should legislate immediately;

About the Author
Aron Epstein is a certified public accountant. He made Aliyah with his family in 2009 from Cleveland, Ohio. Aside from an active business Aron enjoys outdoors sports, particularly skiing, although doesn't get enough time to do it.
Related Topics
Related Posts
Aron Epstein
Comments