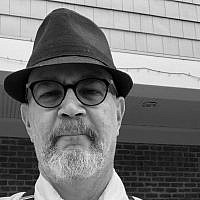 The Blogs
Ron Kaplan
Apply for a Blog
Please note that the posts on The Blogs are contributed by third parties. The opinions, facts and any media content in them are presented solely by the authors, and neither The Times of Israel nor its partners assume any responsibility for them. Please contact us in case of abuse. In case of abuse,
Report this post. 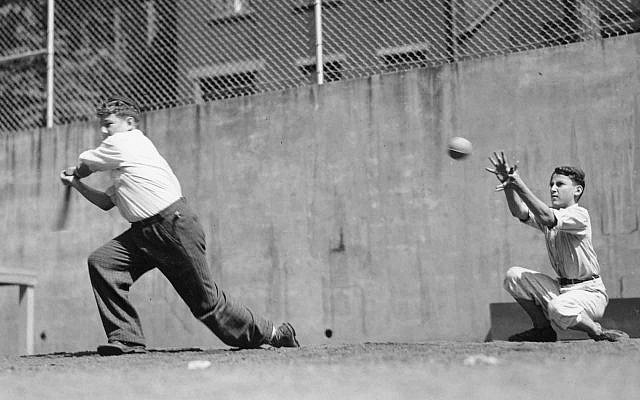 JTA — The Arizona Diamondbacks made baseball history Monday when they made Jacob Steinmetz, a 17-year-old right-handed pitcher from Woodmere, New York, their third-round pick in the Major League Baseball draft.

Steinmetz, who lists at 6-feet-5-inch and 220 pounds, is the first Orthodox Jewish player to be selected in baseball’s annual talent hunt, which dates back to 1965. The media made a big deal that he “keeps the Sabbath and eats only kosher food,” although the teen does play on Shabbat and holidays — he walks to the fields in those situations.

The next day, the Washington Nationals selected college prospect Elie Kligman as their final and 20th round pick, making the Las Vegas player the second Orthodox player to be drafted. Kligman, 18, won’t play on Shabbat, as the Jewish Telegraphic Agency noted.

It’s uncharted territory for Orthodox Jewish players and Major League Baseball. Eleven players who identify as Jewish have appeared in at least one major league game this season and none would consider himself “observant” in the traditional sense. The group includes pitcher Dean Kremer of the Baltimore Orioles, the first Israeli to be drafted.

To find an observant Jewish ballplayer, you need to consult a 2015 novel, “The Season of Pepsi Meyers,” by Abie Rotenberg, in which the New York Yankees sign an Orthodox Jewish phenom. As one would expect, the budding superstar is faced with all sorts of challenges and temptations, from how to keep kosher on the road to fitting in his daily prayers to sitting out games on Shabbat and holy days.

Not that the majors haven’t tried to accommodate a player’s religion.

Roy Campanella, a three-time MVP for the Brooklyn Dodgers, did not play on Sundays early in his career in the Negro Leagues, fulfilling promise to his mother. In the mid-1980s, Edwin Correa, a Seventh-day Adventist, pitched for the Chicago White Sox and Texas Rangers. A  starter, he refused to work on his Sabbath, which also fell on Friday night and Saturday. Happily for him, he was able to follow his code thanks to the flexibility of other members of the pitching staff. Sadly, injuries curtailed his career and he was finished by the age of 23.

Many of the children of Jewish immigrants dreamed of playing in the majors; whether their parents agreed is a different story. The sentiments of many immigrant parents who sacrificed so their children could reap the benefits of the “goldene medina” are captured in the classic movie “The Pride of the Yankees,” whose screenplay is credited to two Jews, Jo Swerling and Herman J. Mankiewicz.

When Lou Gehrig’s mother discovers her son signed with the Yankees in order to pay for her medical issues, she blasts his decision.

“Baseballers are good-for-nothings,” she chides. “Loafers in short pants.” (Mrs. Gehrig wasn’t Jewish, but she might as well have been speaking Yiddish.)

It was not uncommon in those days for Jewish athletes to change their names to both hide their religion and not offend their families who considered such a profession a “shanda,” a disgrace.

Hank Greenberg, the Hall of Fame outfielder for the Detroit Tigers, set the bar high when he not only kept his name, but chose to sit out a crucial game that fell on Yom Kippur. It was not so much that he was observant, but that he wanted to honor the traditions of his people. That made him a folk hero — and not only among Jews.

Same for Sandy Koufax, who declined to pitch the opening game of the 1965 World Series for the Los Angeles Dodgers because the game fell on the Day of Atonement.

The way the game is played now, with players no longer in the lineup every day, Steinmetz and Kligman’s teams could allow them to “keep the faith.” In fact, their religious backgrounds might well make them drawing cards.

Getting drafted, however, is no guarantee that a player will actually make it to the big leagues. Steinmetz was the 77th overall pick in the draft, a slot that could get him a signing bonus of over $800,000. Teams are usually reluctant to sign teenage pitchers, owing to uncertainties around younger players, including how much more they might grow. Given his size, however, it is doubtful that Steinmetz has much more growing left.

Then there’s the college factor. Steinmetz has already accepted a scholarship from Fordham University, a Jesuit Catholic school in the Bronx. Some drafted players stick with the college plan in order to gain experience.

There have been approximately 230 Jewish players out of more than 22,000 major leaguers and the 3,400 men who suited up in the Negro Leagues. Aside from Greenberg, Koufax, and, more recently, Ryan Braun and Ian Kinsler, few had a great impact on the game.

Naturally, we wish Steinmetz and Kligman plenty of mazel, but to mangle an old saying, many are called, few are “Chosen.” Out of the 1,000-plus players drafted in an average year, maybe one in five will make it to “The Show,” according to Baseball America.

Before we start talking about Jacob Steinmetz as this generation’s Sandy Koufax, we should also remember slugger Adam Greenberg, who had exactly two at-bats in the majors — a biblical seven years apart.

About the Author
Ron Kaplan is the author of "Hank Greenberg in 1938: Hatred and Home Runs in the Shadow of War."
Related Topics
Related Posts
Comments