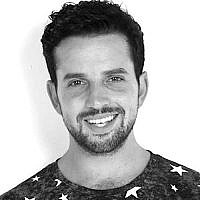 The Blogs
Ben Ravid
Apply for a Blog
Advertisement
Please note that the posts on The Blogs are contributed by third parties. The opinions, facts and any media content in them are presented solely by the authors, and neither The Times of Israel nor its partners assume any responsibility for them. Please contact us in case of abuse. In case of abuse,
Report this post. 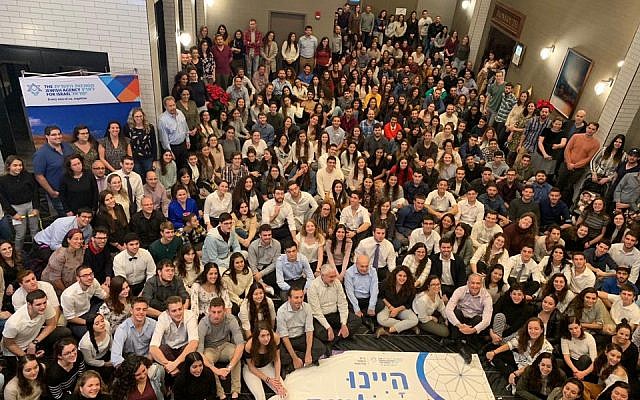 When you respect your friend, you add respect to yourself!

This is the first sentence that I saw on my Google search, when I wrote the word “respect” (in Hebrew – “כבוד”). It seems Google’s algorithm knew what I was looking for…

Respect is a big word. There are so many levels, so many topics. I want to look at the root of this word. Or at least what it means to me – the respect between us.

Before jumping in, I feel I should warn that my thoughts touch on a few political issues (and not only). I’m not asking you to agree or not, I’m not asking you to think like me. I’m asking you for nothing besides 3 things: 1) Read to the end of the blog 2) Respect 3) Talk to me! especially if you disagree and I will be happy to engage in a great discussion.

Interim summary of the Shlichut

I have been a Jewish Agency Israel Fellow for five months in Montreal. We finished the first semester, and I finished the acclimating process in a positive way. I have made connections and achieved many goals; there are visions I have only dreamed of which I have started to implement. I finished the semester with several interesting conferences that I was invited to: A conference of The ICENTER – FOR ISRAEL EDUCATION. A conference which I learned so many new things about Israel education. True, I’m an Israeli, but I’m not an expert. And the Israeli education world is so large that there is no doubt that the conference helped me begin to understand what it is about. The second conference was the Jewish Agency North American conference. 371 shlichim from all across North America, gathered in one place and sharing each other’s dreams and ideas with challenges, successes and failures. Imagine this enormous power within one building – The most diverse and passionate group of Israelis all in one space. We have all moved to a new country, chosen after a long process and all this in order to bring our Israel to our new home communities. And finally, a conference of Hillel International, a conference of the largest Jewish organization on campuses in the world. A conference in which I could better understand the relationship between Diaspora Jewry and the State of Israel. These three conferences, but mostly the experiences I went through in the first semester here in Montreal with our students, my staff and the Jewish community, bring me to the topic with which I opened the blog about- respect.

Before the main course, on our campus we are always talking about the “tent”. A tent under which the students, my colleagues and I are. A huge tent, where thousands of people live in a variety of political and religious opinions, the affinity for Israel, gender, color, Jews and non-Jews and more. Everyone has a place there, everyone is welcome. The tent does not have canvas sheets, so there is no space limit. But its pillars are stable, and they must remain steady. After all, we are here for a limited time and the tent has always been there, and for that we need this stability. True, even in our tent there are red lines, but they do not apply to individual people, but to organizations that cross those red lines that help define the tent. And if you do not find your place? Speak up. Because we Jews, like to challenge ourselves, love to listen, and also love to talk. In this tent, not everything is black and white. On the contrary, there are more shades between black and white. Here in the tent, there is room for everyone. In our tent, we respect everyone.

However, not everything is rosy in the tent.

True, there are many challenges among many groups within this tent. We are a multitude of identities. I would like to relate to Israel’s place in the tent. After several months, I sometimes fear that Israel is close to becoming a “bad word.” A word that people are afraid to say or relate to, because its use brings consequences. My Israel has become a focus of debate around the world that attracts things that are not good and sometimes even far from reality and this situation confuses everyone. For example, people can not separate the government from the Israeli society, people can not understand what Israel is, people are easy to criticize, but they are enjoying criticize it in a hurry, out of fear of getting into the thick of it. People sometimes forget that if the conditions for entering the tent are that you are Jewish or have a connection to Judaism, there are also 6,668,000 Jews in Israel who are entitled to be in this tent no less than anyone else. The government’s policy, the security situation, the economic and social challenges do not determine the extent of Judaism of a Jewish person from Israel. If I have an Israeli passport, I still feel Jewish for the same reasons to that of a Jew with an Australian, French or Canadian passport. So why do I describe such harsh feelings? Because the word “Israeli” causes people in the world to respond differently. When an anti-Semitic incident happens in the world, we feel the great pain (like we should be). But when an anti-Semitic (or anti-Zionist) incident happens in Israel, people hide their feelings of pain, or change the way they support or condemn the tragedy. The sentiment is that such incidents in Israel are “political” and a result, do not garner the same response.

There are many reasons to be afraid to talk about Israel, to “like” a Facebook post related to it, to attend events related to it, to ignore it, and sometimes such a fear can come from another person that may mark us with stigmas because of the feeling we have for Israel. It’s a fear that I can understand so much, because sometimes I’m also afraid; sometimes I prefer to be quiet, I’m not always ready to speak up and I sometimes also ask questions about Israel. Why do we have to talk about Israel all the time? After all, I am not Israel. I’m just Ben. With family, friends, hobbies, dreams. I am not “the State of Israel”, and I am not her defense attorney. And with all due respect, the world is much bigger than us. So why do I have this constant expectation that everyone will love Israel? Is it my job? Do I love her so much that I’m a little bit obsessed? Am I so far away and missing home so that I just can’t stop talking about Israel? (hint: answer is in the next part).

And when respect meets Israel.

Respect. That’s my answer – respect. We are obligated to respect every person, no matter what he thinks about matters related to Judaism, Israel or much larger issues, including our dear friends outside the tent. We need to give each person a place to express him self, we need to know how to separate a person from his opinions. Respect both, and if you want to criticize, then only his views. And if a person does not feel comfortable for some reason, there is a big chance that it is our fault. And I, as a Jewish Agency Israel Fellow, sometimes feel that my place in that tent as a Jewish Israeli is not the same as that of many others. Because of my government, because of what is happening in my society and many other reasons that are not related to me at all. On the other hand, I make a great efforts, and it seems successful, to respect everyone else who thinks differently from me. It doesn’t matter which Jew you are or what you think about Israel, or whether you are not Jewish at all. What matters to me is that we will respect each other, try to listen, even understand a bit, and maybe even disagree but ALWAYS with respect. And the fear of talking about Israel, sometimes makes it difficult for all of us.

So, what do I ask of you? Challenge yourself! Create relationships that start from person to person, people to people, and not from agenda to agenda. Challenge yourself by trying to go somewhere different from the place you are accustomed to, try to experience the perspective of those people that think different from you. Only after that, you will give yourself the right for a meaningful and legitimate criticism. If you love a person, because he’s just a human being and not because your opinions are the same – you are in a good place, and of course you don’t have to love him first, but sometimes only to respect him. And if you’ve read this far – I invite you to fall in love with Israel through any of the dozens of opportunities we have. To be there, to talk about Israel with me, to read more about Israel. If you see yourselves as a part of that tent and want to ask or challenge anything – I am here for you. It’s not only my job or my duty; it is a privilege to build your relationship with this precious country!

Thank you for reading and respecting some of my thoughts!

About the Author
Ben is the Jewish Agency Israel Fellow to Hillel Montreal, powered by GenMTL Federation CJA. He served as a commander for three years in the Israeli Artillery corps and received the Medal of excellence to exemplary soldiers, on behalf of the president of the State of Israel. Ben completed his L.L.B at the Netanya Academic College. As part of his studies, Ben is a graduate of the Israeli Parliament internship, the Israeli Ministry of Foreign Affairs internship, and led a project together with the StandWithUs fellowship. Ben is a former Israeli children actor, a social activist in his hometown.
Related Topics
Related Posts
Comments