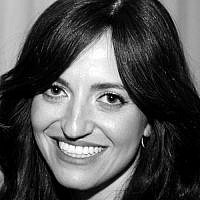 The Blogs
Avital Levin
Apply for a Blog
Please note that the posts on The Blogs are contributed by third parties. The opinions, facts and any media content in them are presented solely by the authors, and neither The Times of Israel nor its partners assume any responsibility for them. Please contact us in case of abuse. In case of abuse,
Report this post. 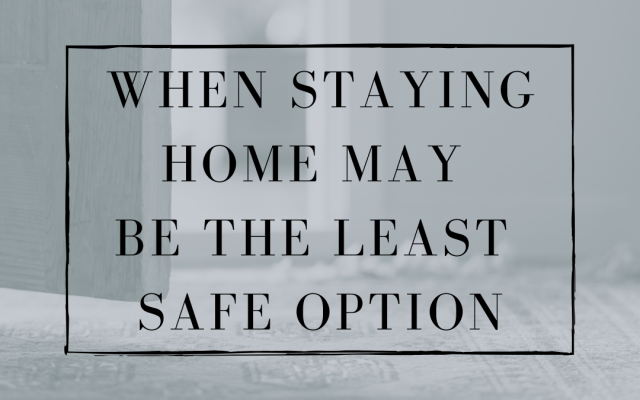 “I don’t know what I’ll do if we need to stay home. The only time that I feel safe is when he is out of the house, and I am at work.” The voice on the other end of the line sounds shaky, panicked. It’s a caller to our hotline, describing her abusive marriage and what she is feeling now as communities assign standards of isolation.

I hesitate to write this amid the torrent of articles, sound bites, tweets, and updates flooding our inboxes in response to coronavirus. But as I learned when publishing “Fearing Yom Tov: Interview with a Survivor of Domestic Abuse,” the importance of raising awareness and providing support to victims who are most vulnerable during these times is vital. We received an uptick in calls to our confidential anonymous hotline immediately following the publication of that article; victims and survivors of domestic abuse felt understood and reached out for support. So I offer this at this timely stage of global crisis.

It’s usually counterintuitive to depict the home as an unsafe space. People generally associate home with comfort, quarantine with safety from outside elements. Now more than ever, we are being encouraged to stay at home and avoid outside exposure. The experience of stress that family members report when being confined together for extended amounts of time typically falls within normal range. For victims of domestic abuse, the experience of being quarantined with their abusive partner poses a much more significant risk.

Fear is the most pervasive element of a domestic abuse relationship. The victim, who is controlled by their partner through a pattern of abusive tactics, most often feels afraid of what to do next. Survival, from moment to moment, is an ongoing exercise of strategic response and planning the next move. Naomi describes her experience in her home with her abusive husband as “the place where I need to walk on eggshells most – never knowing when he will blow up at me or what will happen next.”

For Naomi, being told to stay home with her husband for extended periods of time with limited reprieve to the outside world raises a serious risk. In this article that appeared in The Atlantic in 2016, “The Link Between Natural Disasters and Domestic Abuse,” O’Neil notes the correlation between disaster and the response of abuse victims: “In the initial months following the BP oil spill, southern Louisiana programs showed an increase in the number of crisis hotline calls and people needing shelter, according to LCADV. One parish had an 86 percent increase in people sheltered, and the statewide hotline showed an 81 percent increase in New Orleans from April to June.” At times when the general population is in crisis and may have reduced services, the risk for victims of domestic violence may be escalated.

Erin Bistricer, Esq., senior staff attorney at Sarah’s Voice, Shalom Task Force’s legal department reports that services for survivors may also be in crisis. In New York, courts recently announced closures, severely limiting survivors’ access to services that provide critical safeguards and much needed structure. The lack of access to easy Court intervention places survivors in an increasingly vulnerable situation. For example, although new Order of Protection petitions are still being accepted by the courts, the scheduling for cases already in progress is currently unclear. Temporary Orders of Protection have expiration dates on each subsequent Court appearance, making the scheduling of such appearances crucial.

Further, new custody or visitation petitions are not being heard except for in emergency situations. Survivors are thus left in uncertain terrain as they try to navigate parenting arrangements that may be further complicated by quarantine measures with partners who are hostile and uncooperative. These are just some of the concerns we have for survivors.

Survivors may delay separating without a safe or healthy environment to go to if family or friends are unable to accept them.  Entering the shelter system is complex if the survivor is to live with a roommate and fear of stigma as to how the Court will perceive such an arrangement during an outbreak.  Survivors hesitate to separate if there is no way to establish a Court ordered parenting schedule or support arrangement. Access to support is particularly needed by single working parents who cannot rely on their abusive partner and are now juggling working and school closures. Shalom Task Forces’ attorneys have been working around the clock to navigate these complicated barriers and deliver effective safety alternatives.

Additionally, services may also be in crisis as felt by the attorneys at Sarah’s Voice, the legal department of Shalom Task Force. In seeking to obtain an order of protection for clients, attorneys were notified that all court appearances have been suspended due to health measures around coronavirus. These legal services provide victims of domestic abuse with critical safeguards; our attorneys have been working around the clock to navigate these complicated barriers and deliver effective safety alternatives. The feeling of being trapped at home and seeking vital outside support is palpably felt in this PSA shown at the Super Bowl in 2015. Difficult to imagine when home feels like a cozy reprieve, the sense of hypervigilance and fear depicted in this scene is most familiar to those living with abuse. For some, the directive to stay at home may feel like the least safe option.

We can help each other stay safe. Although we may not be able to stop by and check in on neighbors and friends, a call or facetime can reassure them that they are not alone. Go beyond asking them how they are, ask directly, do you feel safe? It is possible that they can’t answer openly, because they are not in a safe place to talk. But you are validating them – that is critical. Remind them that this is not their fault and that they did not do anything to deserve the abuse. Ask if there is any way you can help.

Shalom Task Force has been bolstering our hotline protocols and strategies at this time with increased safety-planning responses around quarantine and specific safety measures for accessing help in this situation. We urge all victims of abuse and individuals supporting loved ones who may be at increased risk to call the Shalom Task Force confidential anonymous hotline at 888-883-2323. Let’s join together to create safe relationships, healthy families and supportive communities.

About the Author
Avital Levin is a social worker and educator who writes and frequently presents on issues related to healthy dating and relationships, domestic abuse, and sexual assault. She is the Director of Education at Shalom Task Force, a nonprofit organization which provides critical support for victims of intimate partner violence. Avital served as the Co-Director of OU-JLIC at Johns Hopkins University and taught at Machon Maayan in Israel. She has counseled individuals, couples and families, and ran support groups in clinical settings. She holds a BA in Psychology from FDU, a Master’s in Social Work from NYU, a Certificate in Women’s Health and Infertility Counseling from the Puah Institute, and a Certificate in Workplace Culture and Harassment Prevention from Ta'amod. She lives in Highland Park, NJ with her husband and three children.
Related Topics
Related Posts
Comments