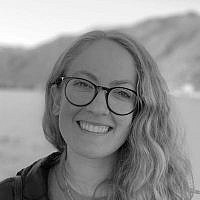 The Blogs
Dahlia Horlick
Apply for a Blog
Please note that the posts on The Blogs are contributed by third parties. The opinions, facts and any media content in them are presented solely by the authors, and neither The Times of Israel nor its partners assume any responsibility for them. Please contact us in case of abuse. In case of abuse,
Report this post. 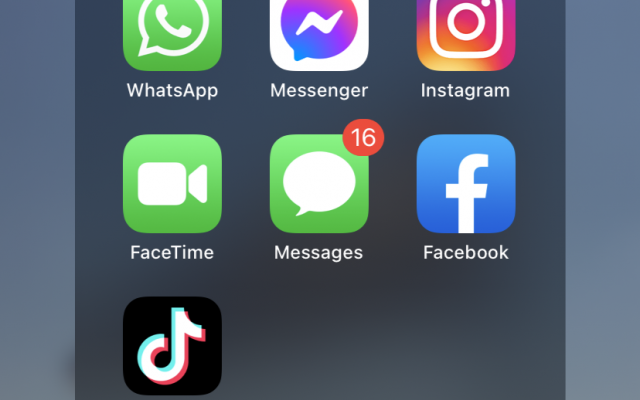 Monday May 10th, 2021. Rockets were fired at Jerusalem. I frantically began calling my friends who lived there, asking if they are safe. One friend texted me back and said, “the only thing worse than the rockets and running for my life is reading the news”. Another called and said “Dahlia, it feels like the entire world is against our very existence”.

The following days were bleak. Thousands of rockets were being fired by Hamas across Israel, and there was inter-fighting between Arab-Israelis and Jewish-Israelis. If this isn’t heartbreaking enough, when logging into social media apps, suddenly we were flooded with infographics and videos full of antisemitic rhetoric and misinformation regarding the conflict.

Something that became very popular in 2020 was using Instagram as a tool for social justice causes. Instagram and other social media platforms were used to amplify The Black Lives Matter movement, Stop Asian Hate campaign, and the Love is Love movement for LGBTQ+ rights. This has been a key tool in education against racism, homophobia, police brutality etc. The current topic is the I/P conflict.

Everyone wants to be a good person and fight for social justice causes. Everyone wants to be on the right side of history. And when young people are bombarded with the same infographics repeatedly, information that in short, says Israel is evil and kills innocent children; who wouldn’t jump on that bandwagon? The problem with these woke infographics is anyone can make one, without including any sources. What individuals who share these posts may not know, is that “From the River to the Sea” calls for the destruction of the state of Israel. This would entail the death or displacement of 9 million Israeli citizens, including approx. 6.8 million Jews, 1.8 million Arabs and a 5% minority composed of other ethnicities.

These individuals most likely have never heard of the Oslo Accords, the Camp David Summit, the Yom Kippur War, or U.N Resolution 181. And this would only scratch the surface. Yet every account on my Instagram feed has suddenly become an expert on the matter. A century-old conflict had been minimized into infographics containing 1-10 slides “breaking down” the “injustices” of Israel’s very existence. I saw posts with words and phrases such as “ethnic cleansing”, “apartheid”, and “oppressors”. I saw posts which compared Israel to Nazi Germany. To me, nothing could be more antisemitic than comparing Israel to a dictatorship that tried to wipe our entire people off the map. The posts argued that Israel has no right to defend herself and that the conflict isn’t “fair” because more Palestinians than Israelis are dying. What is the wish? That more Israelis should die? That we should not have the Iron Dome to protect ourselves? Meanwhile, Hamas, a recognized terrorist organization, uses its citizens as human shields and fires weapons from inside hospitals, schools, and private homes.

There is no doubt in my mind that the effects of one-sided infographics full of misinformation being shared across social media platforms and the news medias reporting of the conflict both have connections to the rise in antisemitism we have seen this past week. Year after year in Canada, Jews are the #1 most targeted religious group for hate crimes. This week in Ontario, Canada, there have already been several attacks on our community. One was at a bus stop in Toronto where visibly Jewish men were attacked unprovoked. The assailants also threw rocks at doors with mezuzot and did the Nazi salute. Another involved a Nazi flag being flown at a pro-Palestinian rally in London, Ontario. A viral Tik Tok also showed two girls from Laurier University burning the Israeli flag and pretending to stab it.

Jews are currently sending each other messages not to leave the house. Jews living in Canada in the year 2021 are scared to be visible Jews. Let that sink in.

At a protest in London, England people were shouting “f**k the Jews, f**k their mothers, rape their daughters”. In Belgium, protestors chanted “death to Jews”. A car was seen in the USA with the message “Hitler was right” driving through pro-Israel rally. Since the start of the conflict last week there has been a reported 250% rise in UK antisemitic incidents. Everyone should have the right to protest and counter-protest peacefully, but antisemitism, Islamophobia, and hatred of any kind should never be tolerated.

I believe that people should be able to criticize the Israeli government the same way we can be critical of Canadian or American policies and leaders. It is clearly time for a change in leadership for both Israel and the Palestinian people. What we need are leaders who can better work towards a two-state solution. But when activists and freedom fighters call for the demolition of the state of Israel, they either knowingly or unknowingly call for death to the Jewish people. From what is currently circulating on social media, it seems that many would not be satisfied unless Israel was wiped off the map completely.

So what can we do? First, we must always be proud of our Jewish heritage. We should wear our Magen Davids, Kippot, and any other identifiers proudly. We should share what we love about being Jewish and hold on to our values. We should counter online antisemitism where we can and unfollow anyone who engages in antisemitic rhetoric and incites violence. I am scared for my loved ones in Israel, I am sickened by the rise in antisemitism, but I refuse to live in fear. We must not be Jews with trembling knees. The Jewish nation and children of Israel are alive and strong. We are here to stay.

As well, we must also continue to work towards building peace between ourselves and our Palestinian neighbors. This moment should not ruin the work so many have belabored to achieve. We should continue to be pro-Israel and pro-Palestinian and know that Israelis and Palestinians both deserve to live in peace and with dignity. We must never stop seeing one another as human beings. May we merit to see peace in our lifetime and an end to all conflict and suffering.

About the Author
Dahlia Horlick is a student in the collaborative JD/Jewish Studies program at the University of Toronto, Faculty of Law. She is also the Co-President of the Jewish Law Students' Association at U of T.
Related Topics
Related Posts
Comments