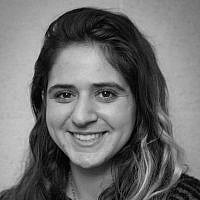 The Blogs
Linzee Zalta
Apply for a Blog
Advertisement
Please note that the posts on The Blogs are contributed by third parties. The opinions, facts and any media content in them are presented solely by the authors, and neither The Times of Israel nor its partners assume any responsibility for them. Please contact us in case of abuse. In case of abuse,
Report this post. 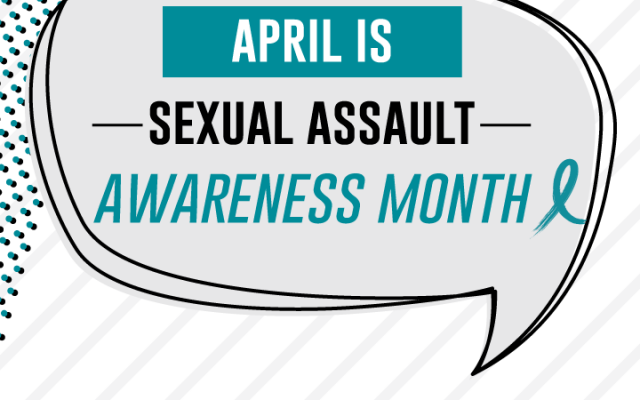 April is Sexual Assault Awareness Month, a month dedicated to survivors of the life-altering tragedy of sexual violence. A genuinely important awareness initiative striving to de-stigmatize sexual violence and garner universal support for survivors, bringing to light an element of society that hides too deep in the dark.

This topic hits close to home, as, during my last semester of college, I volunteered at a crime victims assistance unit in the Hudson Valley. Imagine a 911 hotline for cases of exclusively sexual violence.

Before my role as a hotline provider, the service gave a two-month course on topics surrounding all-important factors when supporting survivors of sexual violence. Understanding the gravity of sexual assault and harassment and the complexity of a survivor dealing with trauma was the core of the class. There were two golden rules to follow when supporting a survivor. First, follow the empowerment model; survivors are the leaders of their healing journey. Second, never discriminate. My training predominantly advised me that survivors of sexual violence need sincere and unconditional support.

Yet, in mid-December 2021, a founding member of the student-run support group for survivors of sexual violence at SUNY New Paltz violated these core principles, kicking out a survivor for sharing an infographic outlining the Jewish people’s connection to the land of Israel. The support group justified their decision, saying the infographic in question “[highlighted] her religious and cultural views on Israel.”

In other words, the group meaning to support survivors kicked out a Jewish student for the modern “misdeed” of being a Zionist, a foundational element of Jewish identity and pride.

According to the International Holocaust Remembrance Association, the top standard for defining antisemitism, two instances of antisemitism are at play. First is the claim that Israel is a settler-colonial state. Claiming Israel is a state of settler-colonialism delegitimizes the indigenous Jewish claim to the land of Israel, which too often alludes to the idea Israel is a racist endeavor. Second is the false “clarification” that being pro-Israel is nuanced as being pro-Israeli government—the beaming example of holding Jews collectively responsible for the actions of the state of Israel. Additionally, their statement lacks any nuance.

Not only is the choice of sheer ignorance of Jewish history weaponized against us, but kicking out a founding member of a sexual violence campus support organization for supporting the existence of Israel is despicable.

Support groups should always be a safe space.

It is especially heinous when the group’s reasoning for dismissing the founding member is to “[push] a political agenda.” Does a political agenda even belong in a survivors’ support group? Furthermore, is there an actual pushing of a political agenda? Or is this an in-too-deep socially acceptable version of denying the Jewish people the right to self-determination?

Arguing that a so-called political agenda is more paramount than trauma-informed support is abhorrent, breaking the golden rule of never discriminating against a survivor. The exact result of kicking out the founding member is furthering the disenfranchisement of Jewish students.

Convicting Israel of western settler-colonialism can only be achieved if you connect the dots while ignoring Jewish history; “you cannot colonize the land your ancestors are from” (Mazzig, 2021). The Jewish people have numerous “genealogical, historical, and archeological evidence” in the land of Israel. Ignoring this chunk of Jewish history contributes to perpetuating the extreme and hostile cyclical discourse surrounding the narrative of the Israeli-Palestinian conflict.

The Israeli-Palestinian conflict is one of dual narrative. There are two vastly different narratives of nationhood, which are often in a state of constant – and dynamic – opposition; whether the focus is on the claim of indigeneity, who is to blame for failures at peace, control of Jerusalem, borders, and so forth.

Ostracizing and ousting a Jewish survivor of sexual violence who maintained our ancestors’ beliefs, once residing in the land of Israel thousands of years ago and were then kicked out over the centuries – although small numbers prevailed on the grounds throughout conquests – is disgraceful. Instead of exclusion, make an opportunity for active listening and dialogue while discussing the Israeli-Palestinian conflict.

A political agenda ingrained in bias in a support group hinders morality and genuine support, leaving Jewish survivors out and feeling alone while struggling with life-long trauma. As Sexual Assault Awareness Month is coming to an end, let this incident be a lesson. There is no room for discrimination when supporting survivors. There is no place for ‘politics’ in a group for survivor support.

Likewise, there is no place for antisemitism.

About the Author
Linzee Zalta holds her bachelor's degree in Sociology with a focus on Criminology.
Related Topics
Related Posts
Comments 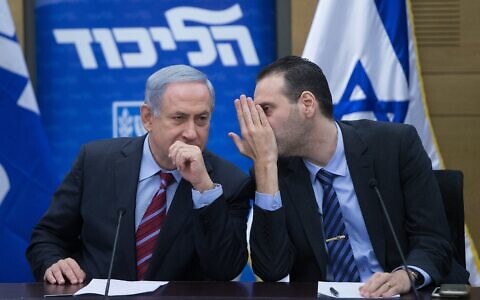 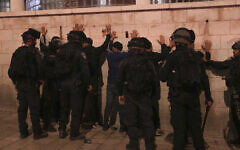