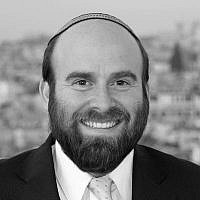 Parshiyot Vayakhel and Pekudei detail how Moshe told the Jewish people about the commandment(s) to build the Mishkan. Though the Torah already specified these details when it described Hashem telling them to Moshe in Parshiyot Terumah and Tetzaveh, it repeats the details again in Vayakhel and Pekudei. The Torah then tells, again in detail, how the Jews collected and built, how they brought what they built to Moshe, and, finally, how Moshe raised the Mishkan. Why does the Torah describe all this in such detail?

I believe that the answer begins with the very beginning of Parshat Vayakhel, with the parsha’s very first word (for which the parsha is named) — Vayakhel. “Vayakhel” begins with a pasuk that emphasizes how Moshe gathered “kol adat B’nei Yisrael” to tell them about the mitzvah of Shabbat and then about the building of the Mishkan.  Why is the gathering (and its description) so important?

The Torah wants to emphasize that the Mishkan is built through the entire Jewish people gathering and working together. We see this theme in the way the Torah equates those who donated materials to the artisans who constructed with those materials. The Torah does this in two ways: 1) by using similar terminology to describe the two groups and 2) by using the terminology naturally appropriate for the artisans to describe the donors as well.

The Torah equates the two groups throughout the parsha by consistently using the word “nasa” (inspired) to describe both. Though involved in different types and levels of work, the Torah emphasizes the similarity in their motivation: they are all driven and inspired by the same “raised” heart and spirit.

The Torah also applies the terminology naturally appropriate (and initially used) to the artisans to describe the donors as well. When Moshe charges the Jews with their mission, he refers to the donors as “kol nediv libo” and the artisans as “kol chacham lev” (10). This makes sense because those who donated expressed generosity, while those who built also needed wisdom. When the Torah describes how the people actually responded, it uses the word chochmah not only to describe the artisans, but also to describe those who donated (specifically the women who brought the threads they had woven together). By using the phrase chochmah in reference to the donors, the Torah teaches us that, though the artisans performed more advanced work, the efforts of all were equally significant.

A second pair of terms the Torah uses to blur the distinction between the two groups are the words melachah and avodah. The Torah initially uses the term avodah to describe the donation and bringing of materials (menial work that required less skill) and the term melachah to describe the building and crafting, which required more skill. Surprisingly, the Torah then mixes the terms and describes the work of the artisans as avodah and the efforts of the donors as melachah. In fact, the Torah concludes the section that describes the donation with a pasuk whose redundancy is meant to emphasize the equation of the two groups: “V’hamelachah hayta dayam l’chol hamelachah.” By using the term melachah to describe both what was donated as well as the work it was donated for, the Torah equates both efforts.

This is the logic behind the mantra of the rabbis of Yavneh. Though the rabbis were involved in the holiest work — talmud Torah, they sought to appreciate the l’shem Shamayim efforts of their contemporaries as equally significant. They would say, “I and my contemporary are both Hashem’s creations; I work in the city, he works in the fields. He and I both get up early for our work; we both respect each other’s work and role. And maybe you’ll say I do things of greater value? That would be incorrect, because people who do more and those who do less are equal as long as their intentions (she’yichavein et libo) are l’shem Shamayim.”

This Gemara highlights the word “lev.” This is similar to the statement of Chazal that says, “Rachmana liba ba’i.” Hashem wants to see that our hearts are focused on Him through whatever we’re doing. The source for this is Parshat Vayakhel, which focuses throughout the parsha on the hearts of all those involved — the chacham lev, the nediv lev, and the nasa libo. Dovid Hamelech summarizes this point in his words to Shlomo about his future building of the Beit Hamikdash: “Kol levavot doresh Hashem.” It is not the materials that Hashem seeks, but, rather, the hearts of all men.

This is why Vayakhel is the name of this parsha. It is the gathering, the coming together, of the Jewish people that makes the Mishkan possible. Our roles do not determine our significance. Our devotion of heart and spirit is what matters. When we are all unified by our common l’shem Shamayim goal— k’ish echad b’lev echad— Hashem resides amongst us.

May Parshat Vayakhel help us purify and focus our heart on the service of Hashem and allow this to help us connect to one another and gather together, unified by His service.