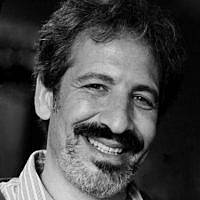 The Blogs
Meyer Shwarzstein
Apply for a Blog
Please note that the posts on The Blogs are contributed by third parties. The opinions, facts and any media content in them are presented solely by the authors, and neither The Times of Israel nor its partners assume any responsibility for them. Please contact us in case of abuse. In case of abuse,
Report this post. 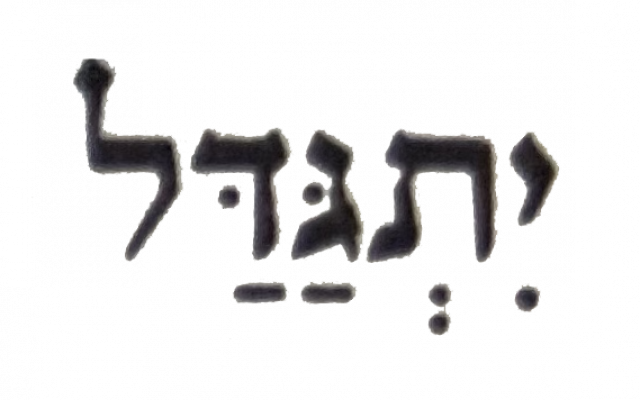 Many shuls are closed as a precaution related to the Coronavirus pandemic.  There was one I could go to on Friday – the last day it was open – and I didn’t go.  I “heard” my mother yelling at me…urging me not to go…concerned as always about my safety.  Now that shul is also closed.

If I can’t say the Kaddish, at least I can write about it.

At various times during my life, I wondered how I’d respond when the time came. While I rejected all such thoughts quickly, I was convinced that going to services would feel like an obligation, a burden. After all, that’s how I felt about various other religious obligations.

Surprisingly, it hasn’t and doesn’t feel that way to me. I’ve come to see both daily minyan and daily Kaddish as an opportunity. I’ve been using each service as a means to visit with my parents – first my father and now, my mother.

On the one-year anniversary of our father’s death, my sister remarked how shocking it was—the year had passed so quickly. It wasn’t that way for me. I liken my experience to walking down 365 steps instead of falling down an entire staircase. Over time, each step feels slightly different than the last. When I started, I was overwhelmed by grief and now, over time, bit-by-bit, I’m edging nearer to comfort and acceptance.

The recitation of the Kaddish prayer has been key. It’s an Aramaic prayer addressed to God.  Unlike almost all other prayers, it’s not written in “Lashon HaKodesh”, the holy tongue (Hebrew), but in Aramaic, the vernacular of the day. It’s curious as to how it came to be used for mourners. I’m not a rabbi nor an academic, so I can’t speak to this oddity. All I can do is describe what the Kaddish means to me.

As long as I can remember, the Kaddish was identified as a significant part of the service.  I was trained to stand up silently in support of those who were saying Kaddish for their loved ones.

It was also important for my parents:

I heard my mother complain many times that she wasn’t able to say Kaddish for her parents.  An orphaned Holocaust survivor, she stood silently in shul where a man would say the Kaddish on her behalf.  She was always angry that she couldn’t say it herself—because she was a woman.  It was as if grief struck her like lightning, ripping open a perpetually unhealed wound and the salve of the kaddish wasn’t available for her to use.

As for me; the prayer holds a special place and had helped me address both the grief and loss.  Each time I get up to say the Kaddish, I start to address God while aware of the pacing and cadence of the minyan I’m in.  Many minyanim like the mourners to say it in unison.

As everyone says the second line together, I attempt to evoke memories of my mother (who I’m saying the Kaddish for now) so, by the next line, I have her first and foremost in my mind.

…I may be looking up from my crib towards a bulletin board above me as my mother teaches me how to read words neatly written on colorful pieces of paper pinned there…I may be bent towards her as she lies in her hospital bed, putting my face near hers to hug her, expecting no response – and, to my disbelief, receiving a response—I feel her soft, warm breath on my cheek and hear and feel a soft kiss so loud and clear that it’s witnessed by others in the room.  At that moment; we were so gratified to know that she was there with us, present and aware…I recall funny, angry, proud, frightening, sad and meaningful moments…each Kaddish allows me a bit of time each day to spend time with her.

I can make a choice to highlight any one of her traits or truths.  And for me, that’s what the kaddish forces me to do—to spend time with her every day for 11 months, a flesh-and-blood person full of faults, dreams, and positive attributes.

The words are clearly meant to be a prayer to God, but I subvert their meaning to refer to my mother.  There are three identities in this prayer, and we stand in various places; me, my mother and God.  I argue that she, like everyone, was crafted in God’s image, and deserves praise.  I also count on God to assist me in reaching out to her with me – perhaps standing at our side.  I have also stood virtually at my mother’s side, reciting the prayer near her.  I don’t know if this is heresy or not but, for me, it is the only way I can find a way to make the Kaddish both for her, to God and from me.  I rely on the mysteries of the Aramaic language to speak plainly.

Yes, I’m saying words that praise God, but I’m also hoping to bless, praise and exalt the memory of my mother.  In grief, these words have various meanings – laced with anger with God.  Her life was a struggle bound by events not under her control; she experienced death, rejection, divorce, abuse and often, she felt helplessly alone.  Perhaps during the Kaddish, I’m advocating for her in front of our judge and witness.

As time goes on, I use the words as a means to cast her memory into a shape I can carry with me into the future.  My memory may always be fluid, but I’m convinced that it acquires a distinct identity engraved by snapshots of my thoughts.

As I recall various memories and mixed feelings, I draw close, laugh, get angry, lament, forgive and make an effort to accept.

There’s a common wish made to someone who’s saying Kaddish; “may her neshama (soul) have an Aliyah”.  The basic mystical notion is that, each time someone says Kaddish for someone, they have an impact on the soul in the hereafter. Aliya means a raising up – like when someone moves to Israel (who is an Oleh, one who “goes up”) or is called to the Torah (who has an “aliya”, going up).

In the next line, I envision a “raising” or “lifting up”.

All of these words resonate with me.  Blessings, hymns, praises and consolations.  And, while I see it as my job to identify how she will be remembered to me, the communal prayer takes this one step further.  I’m putting this out to the congregation for only with (the support of) a minyan can the Kaddish be said.  Perhaps this is because I’m also advocating for my mother to be raised up and blessed by a group.  A reputation can only be held by a group, not by an individual.  And, perhaps once she’s accepted for who she was, I can be at ease.

Shalom.  It means peace and wholeness.  It means hello and good-bye.  I have been upset, angry and broken.  These words are not only a personal guide toward comfort and, ultimately, an acceptance that will allow me to move forward from this tragedy.  It is also a means – this comfort comes from those around us. The comfort is given to us and all of Israel and it is given by us and all of Israel.  That, in my mind, is the whole point of saying the Kaddish in public and with a minyan.

“He who creates peace in the celestial heights, may He create peace amongst us and all of Israel, and we say, “Amen”.

During the months that I’ve been mourning for my father and then for my mother – it’s been a non-stop journey.  I’ve struggled, argued, been angered, and even laughed during the Kaddish.

I’m doing that for my parents, with the support of a community, with the care and guidance of a sometimes inscrutable being and, most importantly, for myself.  My prayer crosses dimensions – from the now and carnal, to the in-between, to the past, the future and into the heavens.

Wherever I’m headed, I’m not there yet—I’m a mere couple months away.  I can see that I’ll miss my daily visits but I’m increasingly confident that I’ll reach a point when I can make peace with my parents leaving.

Mourning is the ultimate social distancing.  Those of us who are saying Kaddish are familiar with the pain associated with the loss of human contact.

So, while we can’t say Kaddish, let us, my fellow mourners, reach across the expanse, grip our hands together and recite words laced with memories at our own pace in our own homes and in our own time – and let us be comforted that we are indeed not alone.

About the Author
I was born in Chicago in 1956 and moved to Los Angeles in my early 20's. I've worked in the movie business most of my life. I married exceptionally well and have two amazing daughters.
Related Topics
Related Posts
Comments