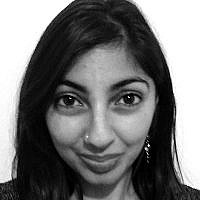 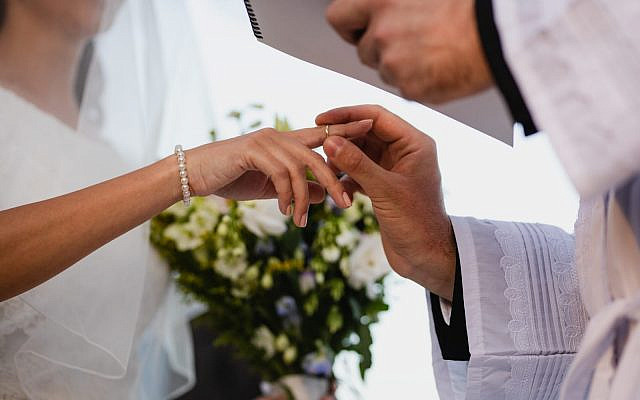 I had been living in Israel as a single olah for almost five years, putting myself ‘out there’ and pushing myself out of my comfort zone to socialise and meet new people. I was wondering how long it will be, what I have to do to meet my Mr Right-Amount-Of-Weird-For-Me, when I met him.

At the end of our first date, he asked whether to walk me to the bus stop or if I wanted space. Usually my favourite part of a date was going home on my own. Nothing against those guys (well, maybe some things…) just that as an introvert, I would generally feel a sense of relief to be on my own after. I found the experience of dating, especially the awkward beginnings, quite painful. And I never even got past the awkward beginnings with anyone, except for my husband. With him, for the first time on a date, I thought: no, I don’t need space from him. I didn’t feel worn out, like I’d spent all my energy on this social interaction, craving me-time. He kept asking me, at the end of our next few dates, and I was always surprised that my answer didn’t change.

In the months before we met, several things were going on with me:

First, I was enjoying being single more than I ever had before – travelling, friends, projects, work, new hobbies. I was Doing Single Right.

Even so, I still really wanted to get married. I thought. Or didn’t I? I started to think about what self-sabotaging behaviour I was repeating and why. I made a list: pros and cons of why I did and didn’t want to get married. I concluded that I really did want to, despite my fears of dating and being in a relationship. And I realised that I was acting based on my fears instead of based on what I want. So I knew I needed to switch that around.

This was also something I learned from reading Mark Manson, who writes that instead of asking yourself what you want out of life, ask yourself what pain do you want in your life, i.e. what are you willing to struggle for.

I began a plan of action: stop the self-sabotage (much easier said than done, I know); continue to make my single life how I want it to be and be grateful for what I have. It was right around then that I met my husband-to-be. There was no formula though – it was so obviously orchestrated by G-d – in the right place at the right time.

After most of my previous dates, I would find an obvious reason for saying no to another one –  that one was a creep; that one reminded me of a cousin; I was so bored I was pinching myself because I preferred the physical pain.

After my first date with my husband, when my roommate asked how it went, I tried to identify that obvious reason. All I could come up with was that he seemed ‘too nice’ for me, not because I didn’t want ‘nice’ (I very much did – I’d seen what’s out there), but because I didn’t want to have to suppress my sense of humour for anyone (turns out I didn’t have to). I also told my roommate: I just don’t see it. I realised later it wasn’t even because he was from Texas, more than a foot taller than me, with different views on Zionism to mine, and emphatically Ashkenazi (although eats harif to rival my most hardcore Sephardi uncle). It was because I didn’t see it happening for me ever, with anyone.

The day after our first date, he sent what to me seemed like a cryptic message that I tried to analyse with my friends, as you do. The gist was that he was open to meeting again but totally understands if I didn’t want to. Which I (mistakenly, I later learned) took to mean that he wasn’t particularly interested and I’d have to really impress him if I wanted us to go out. It also wasn’t the best thing to say to me, when I felt relief every time I had a reason to turn down a date. But this time I thought, no, I won’t be a coward… let’s see if this goes anywhere.

Two and a half months into our relationship, I was booked to go to London for a cousin’s wedding and realised, embarrassingly, that I – Miss Independent – didn’t want to go without him. My message exchange with my mum went like this:

Me: I don’t want to be away from him for nearly a week. I think there’s something wrong with me
My mum: Um, are you in love perhaps??
Me: I don’t know!! What even is that
Mum: It might be something like when you’d rather be with someone than not
Me: That’s a good definition
Mum: I thought so.
Mum: Shouldn’t you be going to bed now? [It was after 1am]

As our wedding approached, I worried about how I would adapt to being married, living together, when I’ve always enjoyed so much about being on my own. Such as having my own room and quiet when I go to sleep. But falling asleep to my husband chatting nonsense to me turns out to be a surprisingly good alternative.

I still need me-time of course, but not from him.

He’s pretty understanding when I shush him while I’m reading, or binge-watch a TV show without him. (I might watch without headphones some time and let him add snarky commentary).

I don’t always play it so cool though. One morning, when he was about to leave for the day and my lazy self was struggling to get up, I blurted out that I didn’t want him to go. Just cos. It’s not like I’m needy or attached or anything embarrassing like that.

Now almost six months married, as I adjust to being a “we,” I’m also finding the time to still be me, doing the things I loved from before I was married, spending time with friends. Definitely fewer parties and late nights out though. And if that makes me a boring married woman, I’m fine with that.