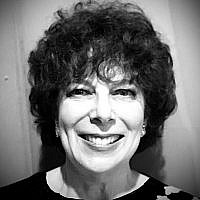 The Blogs
Gail Bendheim
Apply for a Blog
Advertisement
Please note that the posts on The Blogs are contributed by third parties. The opinions, facts and any media content in them are presented solely by the authors, and neither The Times of Israel nor its partners assume any responsibility for them. Please contact us in case of abuse. In case of abuse,
Report this post.

The living, breathing, spiritually committed Jewish woman who is the purported subject of the lengthy teshuvah published by the Orthodox Union regarding women in pastoral positions is nowhere to be found in its pages. Instead, we find her hiding — with undue modesty — in phrases such as “different categories of people” and “prevailing normative practice.”

Much of this teshuva is premised on the thinking of Rabbi Joseph B. Soloveitchik, as expressed in several of his collected works, where he presents his understanding of the difference between the sexes. But I wonder whether the rabbanim who issued this pesak paused to think about what the Rav might have meant by the following formulation: “Sexual differentiation expresses… a dual aspect within the essence of creation…which finds its full expression in two bi-existential experiences, in two ideas of personalism.” The rabbanim don’t find it necessary to elaborate on just what that difference might be. It’s not clear that the Rav elaborated on it either. It is just assumed in their presentation that these differences — whatever they may be — are the basis for women’s unsuitability for spiritual leadership.

Nowhere do we hear anything about the actual existential experience of women — what they think about, what they want for themselves, what they strive for, how they express their crucial part of the “…dual aspect within the essence of creation.” Which is, of course, perfectly logical, as it would be impossible for men to elaborate on something they cannot know.

This is also why it is so disheartening to hear such distinguished rabbanim asserting that their legislation of Halacha is based on “prevailing normative practice” — a practice that today must, by definition, include women’s voices. “Prevailing normative practice” is not performed in a vacuum. It is — and always has been — rooted in a social, religious, geographic, and political context. Not only are the practices rooted in this context, but so are the thinkers and legislators who have explicated them over the centuries, for better or for worse. The assessment of mesorah is by no means universally agreed-upon; but what is so striking here is the issue of motivation. If, in appreciation of the depth and genuineness of women’s spiritual, intellectual, and emotional strivings, the scholars crafting this teshuvah were looking for opportunities to respond to the current context, they could have found ample room to do so from the very prooftexts they put forward. Instead, they used these sources to burrow ever more deeply into norms far removed from the struggles and challenges Modern Orthodoxy faces today.

It stands to reason that the rabbanim who issued this pesak did not want to get caught up in accusations of sexism by saying outright that the “Halachic Ethos” endorses women’s natural inclination to be nurturers who prefer to/should stay at home and raise their families. While the teshuvah contains no such straightforward statement, its substance pervades the entire essay. It is clear that there is a cultural assumption here — attributed to mesorah, “Torah values,” and the “Halachic Ethos.” But none of these mechanisms are articulated explicitly in the Torah. They are all meant to be the joint products of the thinking of particular learned people, at particular times, in particular contexts — a narrative of our history.

At critical times — and it would be hard to postulate that our times are not critical — important innovations have been instituted by the likes of the Hafetz Hayim and the Rav himself. It seems clear, for example, that the same reasoning that led the Hafetz Hayim to validate the learning of Torah by women, or that led the Rav to support the learning of Torah SheBe’al peh by women, could be used as a basis for opening up more leadership possibilities for women today. But that would require a rabbinic mindset bothered, in a specifically modern way, by the inherent inequities, and open to — or even seeking — a path to such a result. None of the authors of this teshuvah are interested in such an outcome, and that pathway is clearly shut down from the outset.

The authors of this teshuvah attempt to prove that because the idea of women’s Torah scholarship “is not an entirely new phenomenon,” the notion of semicha for women was raised and rejected in earlier times. Let us first note the fact that something not being an entirely new phenomenon is not the same at all as something being a widespread and growing phenomenon. And let us note the implicit linkage between learning and semicha that is assumed in this line of reasoning. There is a tacit acknowledgment that expertise in learning can naturally lead one to want to impart that knowledge, to use it in a manner that allows one’s voice to be heard, and to make a difference in the world.

The pesak continues: “We feel that the absence of institutionalized women’s rabbinic leadership has been both deliberate and meaningful, and should continue to be preserved.” Yes — it was clearly deliberate. But using this reasoning to prove meaningfulness is puzzling. How in the world would the notion of semicha even occur to almost anyone in the many centuries when women were thought of — and thought of themselves — as functioning almost entirely in the private realm?

Perhaps the intellectual idea of a learned woman as a leader floated in the rarefied air of the beit midrash, but we know what happened to the midrashic image of Beruriah under those circumstances, just as we know that there were not many women walking around in the marketplace of products and ideas with excellent Jewish and secular educations, functioning as professors, doctors, politicians and pharmacists and engineers and philosophers.

More importantly, it is an understatement to note there were not too many women populating the halls of the yeshiva either. If “pok hazi” — go out and look — is to be our measuring stick, as described in the teshuvah, let’s indeed go out and look. What are the people doing? What is on their minds? How do they think about themselves? And how do they think about “the other”? Actually, who is “the other”? Since it would be ridiculous to postulate that there are only men walking around in the halls and malls of the world we live in, it would certainly be quite difficult to conclude that women are mentally placed in a different category of personhood than men.

Which brings me to the idea of categories of personhood. Could someone please explain to me what “different categories of people” means? Are women really “different categories of people”? The Torah states clearly from the outset: “Zachar unekevah barah otam,” meaning that male and female together constitute personhood. Does this pesak proceed from the premise that womanhood confers a status — like that of the priesthood — on its Jewish members, concretely legislating what they may or may not do, in contradistinction to men? If this is so, then all protestations of “equally valued, yet different, roles for men and women” ring hollow and disingenuous, because a status is by its very nature hierarchical. No one would dispute that kohanim are the highest caste, whose explicit Torah-based restrictions are spelled out in the Torah plainly and clearly.

As I think most educated Modern Orthodox Jews understand it, the mesorah-based restriction on women’s roles is much more the product of rabbinic law and transmission, which operates — by design — in the context of time and place. There must be a developmental trajectory to this transmission, because it happens within time, and it happens in a changing world. In their wisdom, the rabbanim over the ages have understood that it is part of the human condition that we live in a world that keeps on turning, as do its mores and attitudes and thoughts. In this context, the attempt to characterize a woman’s reality as a stratified “status,” rather than a dynamic existential position, is a deeply troubling.

In a world that desperately needs all of the available voices of wisdom, learning and compassion to help us all make our way, this seems like an odd moment to shut down the pastoral aspirations of people who seek to contribute their share to our religious discourse. Perhaps our times feel so dangerous that any innovation makes us feel shaky. But what if we were to imagine that this other half of our personhood had something important, new, helpful — perhaps even healing — to contribute to our communal conversation? Perhaps if she were encouraged to use her voice, she could emerge to help lead the way to something better, fuller, and more genuine for Am Yisrael. It’s distressing to think that our halachic decisors don’t think this possibility is worth their very best efforts.

Dr. Gail (Giti) Bendheim is a psychologist and psychoanalyst in private practice.

About the Author
Dr. Gail (Giti) Bendheim is a psychologist and psychoanalyst in private practice.
Related Topics
Related Posts
Comments